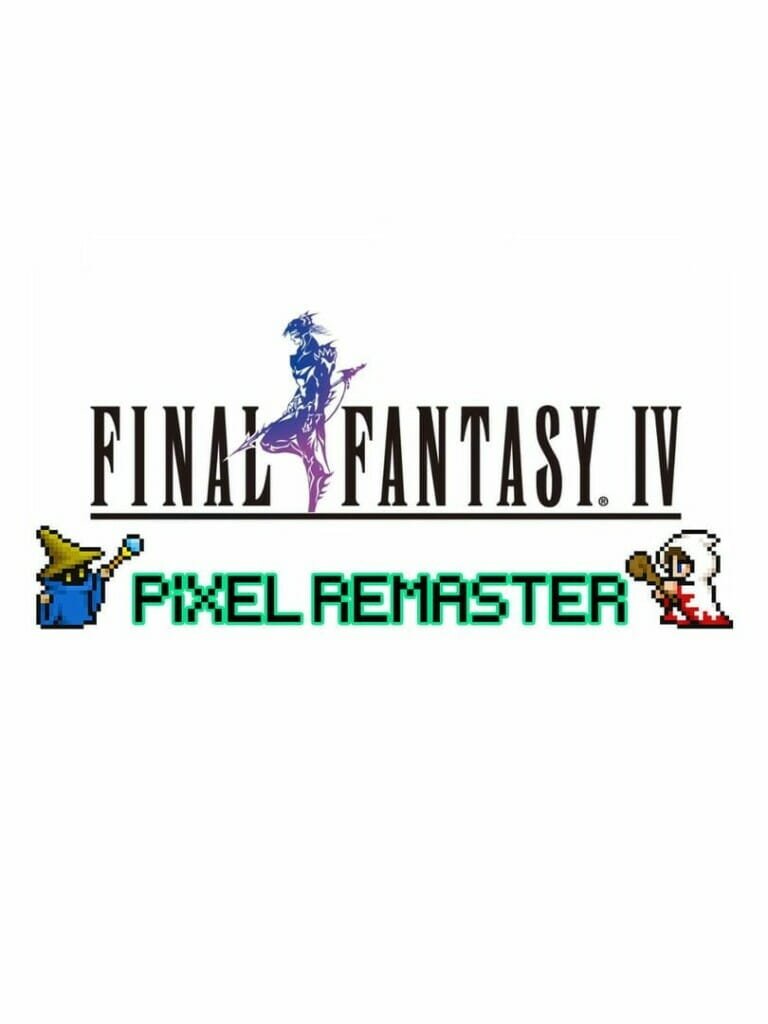 Small tweaks have followed with successive ports on PlayStation, Game Boy Advance, and mobile platforms, while the DS saw the game rebuilt in 3D. Final Fantasy IV Pixel Remaster marks the thirteenth time—give or take—that the game has been released since its initial premiere 30 years ago, and it’s taken the throne to become my favourite version of a beloved classic.

As with the previous three games, members of the original development team have returned to oversee the new audio/visual experience. Nobuo Uematsu has managed to reinvigorate his classic score with fresh orchestration, continuing his excellent work on the first three Pixel Remasters.

These new arrangements have more depth and character, without altering their timeless melodies. Whatever the emotion behind each song, it’s enhanced—from the Red Wings’ militaristic theme, to the bittersweet Theme of Love, to the intense battle themes. (The Chocobo themes in particular are great, accented by some raucous brass, and Palom & Porom has never had such a funky bassline.)

The visual overhaul shines through again as well. Overseen by one of the original sprite artists, Kazuko Shibuya, Final Fantasy IV Pixel Remaster is the best-looking 2D version of Cecil’s story to date. Despite the jump from NES to SNES, the original game retained the same graphical approach from its predecessors: squat renditions of characters on overworld maps, taller and more detailed models in battles. However, the story was also bigger and more involved than ever, charging those cramped little sprites with some serious acting moments.

So, naturally, the new sprites are bigger and more involved than previous ports. They add details missing from the SNES and GBA versions, while retaining the same sense of proportions of the originals, unlike the PSP version’s LOL doll-like sprites. For years the GBA version was my favourite, but looking back at it now, I vastly prefer the new build.

In terms of gameplay and story though, not much has changed. The fourth title in the series introduced the Active-Time Battle system, which made combat much more exciting than the strict round-based fare seen previously. Also, the party of characters changes often in earlier phases of the game, shuffling different classes through Cecil’s team instead of making you choose at the onset or offering full customization like Final Fantasy III.

“…this version of the older script is the smoothest yet.”

Final Fantasy IV Pixel Remaster utilizes the existing 2D script, as it were, so most of the embellishments of the 3D remake have been lost. This will be welcome news for those who found its haughtier tone off-putting. That being said, this version of the older script is the smoothest yet. Other translations have been a little janky, but not so here, as grammatical and tonal rough edges have been sanded down.

The story focuses on Cecil Harvey, commander of the Red Wings of Baron, as he questions his king’s increasingly bloodthirsty edicts and obsession with the elemental crystals. Along the way he will turn from a Dark Knight into a Paladin, endure tragedies and betrayals, and learn deep-rooted truths about himself as he fights to save the world from a shadowy menace.

Though it’s a little shallow textually, this is one of the most quintessentially “Final Fantasy” experiences. Crystals, airships, summons, other worlds, scripted losses, unexplained juxtapositions of advanced technology into a high fantasy setting, and a climactic showdown with a godlike incarnation of hate—all the signature elements of a Final Fantasy game are here.

One thing that isn’t here, however, is the bonus content added to previous ports. The GBA version added an epic endgame dungeon that highlighted each member of the cast, culminating in an alternate “superboss” version of the final boss. I was especially disheartened to see that the Developer’s Room, a fourth-wall breaking easter egg in the Dwarven Castle, was absent, with only a note by its former entrance.

“If you’re a newcomer to the Final Fantasy series as a whole, Final Fantasy IV Pixel Remaster is one of the best possible entry points.”

Missing bonus content continues to be the only thing holding back this series of remasters from being the definitive version of the games, and I hold out hope that future updates can correct this—perhaps if the series gets ported to other consoles next year for the 35th anniversary?

From my perspective as a lifelong fan of the franchise, the Pixel Remasters excel at walking the line between the various reiterations of classic games, splitting the difference and presenting a balanced whole. Final Fantasy IV Pixel Remaster continues that trend. So far this port series is succeeding at its goal of presenting the 2D games with consistency, while maintaining what makes each individual game unique.

Ultimately my recommendations hinge on your familiarity. If you’re a returning veteran, and especially if you’re beholden to the 3D version’s more involved systems, there isn’t anything new here aside from the enhanced presentation. I would still recommend this for the next time you feel inclined to relive the experience, even without the bonus content.

If you’re a newcomer to the Final Fantasy series as a whole, Final Fantasy IV Pixel Remaster is one of the best possible entry points. The story and gameplay are deeper than the first three games with a diverse, well-developed cast to boot, and practically all the most prevalent hallmarks of the series are present. (If you’re a recent convert to Final Fantasy XIV who hasn’t played any other games in the series, you might want to check this out before Endwalker arrives in November, too!)

Final Fantasy IV Pixel Remaster is a nigh-definitive rebuild of an essential entry in the series, revitalized with a new presentation and only lacking the bonus endgame content of other ports.
REVIEW SCORE
9
File Under: Final Fantasy, Square Enix