Who fights? Who flies? Who falls? 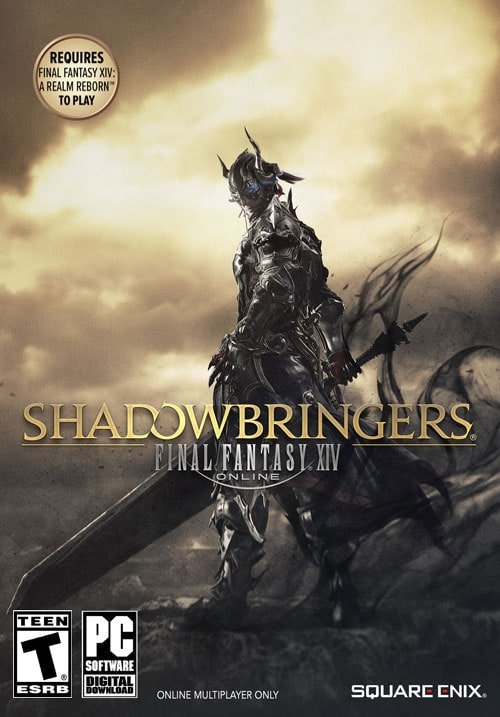 “For those we have lost. For those we can yet save.” I am no fledgling mercenary, no doe-eyed squire oblivious to the perils of adventure. With six years of travails writ large in Final Fantasy XIV‘s history books, I am a proud member of an online role-playing community that—having recently surpassed a record registered user count of 16 million—only continues to grow with unstoppable momentum.

I am grateful for the many opportunities that have come my way throughout my career in the gaming industry, but I seem to be especially favoured by the Twelve when it comes to Final Fantasy XIV. I lie at the exceptionally fortune intersection of fan and critic, meaning that the numerous occasions I’ve availed to interview game director Naoki Yoshida—at the 2018 Fan Festival, at the 2019 media tour, and most recently at E3 2019—have been gratifying on a deeply personal level, my professional responsibilities notwithstanding. It is with that same passion that I approach my critique of Final Fantasy XIV: Shadowbringers, the game’s latest expansion and a full-fledged tale of heroism besides.

It is everything I wanted and beyond what I expected. Armed with as much information as I was, I was still gobsmacked by everything Shadowbringers had (and still has) to offer.

This latest chapter in the ongoing saga of Final Fantasy XIV adds an extradimensional bent to the proceedings. Having saved myriad realms time and again from forces both malevolent and imperialistic, the player-controlled Warrior of Light is beckoned to an entirely new world known as the First—a “reflection” of their homeworld on the verge of being consumed by a primeval force called the Flood of Light. Taking up the new mantle of the Warrior of Darkness, the player is tasked with redressing the balance of Light and Dark by defeating nascent monstrosities known as “Sin Eaters,” restoring the night sky to the world in the process.

To delve further into the narrative specifics of Shadowbringers would be a disservice, as its powerful moments are best experienced firsthand, particularly by players who’ve been writing their own tales within Final Fantasy XIV over the past six years. Shadowbringers avails itself of a certain potency in storytelling only present in a persistent medium like the MMORPG—it gradually builds upon itself organically, touching back to plot points established literal years ago and leveraging their significance with aplomb. Adding to that is the excellent characterization of the entire supporting cast, whose role in the story is heightened more than ever thanks to a new “Trust” system that allows players to tackle story dungeons alongside their favourite characters and nigh-universally masterful writing that flows with elegant panache. The entirety of the thirty-to-fifty-hour campaign is rife with exciting twists, memorable moments aplenty, and one hell of a satisfying finale. Balk as I might at the oversaturation of the word, “epic” describes Shadowbringers more aptly than most.

Yet the story is not the only thing Shadowbringers has to offer. As an MMORPG, Final Fantasy XIV is an evolving service that continues to add new gameplay options and readjust existing content to keep the adventure alive. This expansion adds two new playable jobs: Gunbreaker, a gunblade-wielding tank class with abilities that call back to Final Fantasy VIII, and Dancer, a long-requested ranged attacker with powerful supportive abilities. Both of these put a new spin (in Dancer’s case, literally) on existing role archetypes, giving players new tools to use across Final Fantasy XIV’s many dungeons, raids, and boss battles. Of the two, Gunbreaker appeals to me more, being a replacement for my Warrior with more interesting flavour and utility. I’ve long wanted a better “gap closer” on my tank class, and the ability to shield my teammates with magical bullets makes me feel like I’m in better control of their welfare. I haven’t played Dancer yet myself, but I’ve partied with enough to know that their area-of-effect potential is huge, as is their buffing utility. By designating a “dance partner” and executing dances with the correct sequence of button presses, Dancers empower their allies to fight even harder, making them an invaluable addition to any party.

For all the many, many things Shadowbringers does oh-so-right, I (and the community, it would seem) yet have a handful of lingering concerns related to job balance. My main job, Summoner, was significantly retooled in Shadowbringers with the removal of independent pet actions, which were melded into player-activated abilities. I have no objection to this change, but the sweeping battle system adjustments that have affected every job made Summoner feel impotent and clumsy on the climb up to the new level cap of 80. Until I had access to Demi-Phoenix, I couldn’t get a good handle on my new ability rotation of weaving pet abilities in between my slower spells—and once I did get it, the entire rotation changed due to the way Demi-Phoenix functions. In simpler terms, Summoner (and several other jobs, if what I’m reading on Reddit is accurate) feel busier, but not necessarily more powerful. New abilities were added in Shadowbringers, but more still were excised from the game entirely, particularly those relating to the damage output of healer classes. Yet I find myself pressing more buttons than ever to stay on top of my class functions, and as willing, as I am to adjust to its flow, I have to wonder if some of the battle adjustments went a little too far in the name of “streamlining.” But such is the nature of the MMORPG. Jobs shift and change like the rise and fall of the tide. Balance will come in time.

But back to singing its praises: Shadowbringers, as I previously mentioned, takes players to “the First,” its continent of Norvrandt the last bastion of habitable land in a world on the cusp of oblivion. Its new areas and dungeons are a delight to explore and a feast for the senses. From the tree boughs of the Rak’tika Greatwood, towering above in their hoary splendour, to the wrought iron structures of the effulgent Crystarium, the whole of Norvrandt stands in fascinating contrast to the comparatively grounded aesthetics of the Source. Composer Masayoshi Soken has absolutely outdone himself with the soundtrack accompanying these gorgeous areas. Words fail me in expressing how taken I am with his work, and Shadowbringers might just encompass his best efforts yet—a tremendous feat in light of everything he’s achieved already. There is an incredible sense of atmosphere present in Norvrandt, and Soken displays a masterful knowledge of how to speak each area’s visual language into existence by playing with the arresting motifs he composes. Somebody get the man a lifetime supply of Lawson kara-age kun already.

Given how much easier I imagine it would be to forge ahead by reusing the same formula to develop Final Fantasy XIV content instead of constantly reinventing the wheel, the development team remains committed to fine-tuning the player experience. Despite being an MMORPG, somewhere around 90% of the Shadowbringers story can be experienced as a completely solo effort thanks to the aforementioned Trust system, which undoubtedly comes as a relief to players with social anxiety. Important milestones in job growth now come more easily;  acquisition of new abilities is automatic as players rise in level, and each job’s visually distinct “relic armor” is freely given by a centralized NPC following the completion of a series of side quests tailored to each role. By not gating these essentials behind job quests right when the story is approaching its climax, as has been the case in the past, players can focus on their efforts to save the world without being waylaid by chores. Innumerable other quality-of-life changes continue to refine the Final Fantasy XIV experience: UI adjustments (including a new crafting interface and the addition of an alternate color scheme), new rewards for doing open-world FATE battles, a furnishing preview function for player housing, the removal of the TP resource to streamline combat, an upcoming “New Game+” feature for replaying past story content… All this and much, much more await players as Final Fantasy XIV grows month after month after month.

Should my meandering exaltation of Shadowbringers up to this point have failed to make it clear, I’ll speak simply: this is probably Final Fantasy XIV‘s best expansion ever. It’s an accessible, well-written, audiovisually decadent Final Fantasy that just so happens to be online. In Naoki Yoshida’s hands, the future of this franchise shines brilliantly with potential.

Shadowbringers is more than just a masterful arc in a beloved tale; it's one of the best Final Fantasy stories ever realized, showcasing an MMORPG at the apex of its craft.
REVIEW SCORE
10
File Under: Final Fantasy, Square Enix