Polish the Rings Is Not A Euphemism 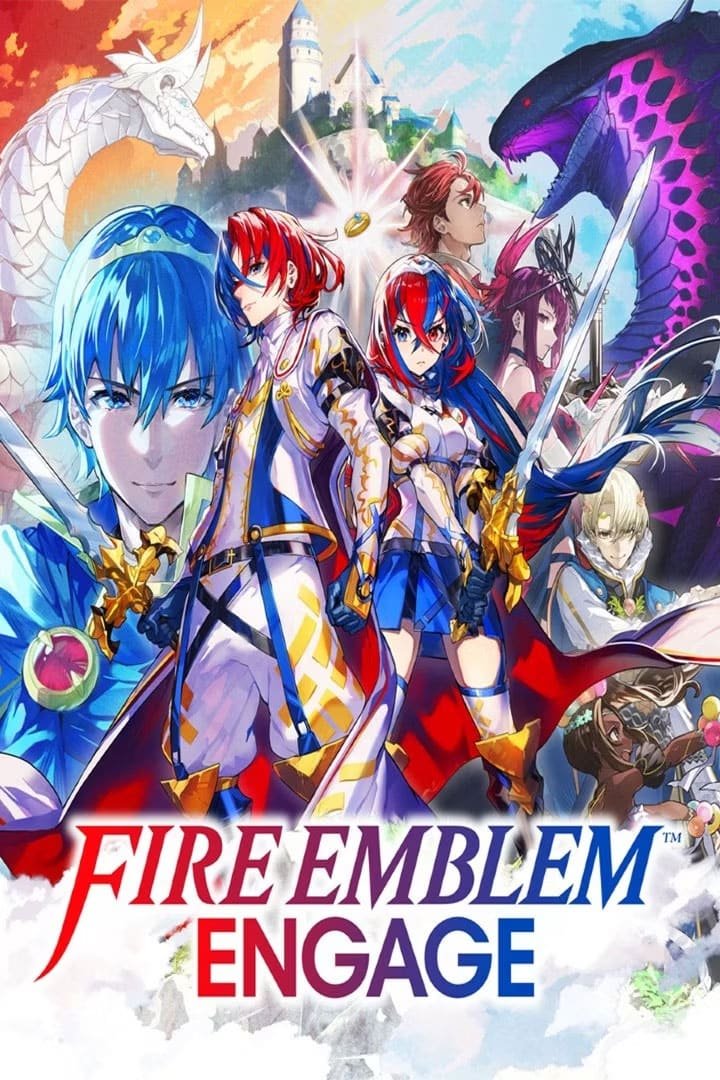 It’s refreshing to play a Fire Emblem that places such an emphasis on tactical depth as Fire Emblem Engage. Not because the series wasn’t known for it but because recent entries have placed a stronger focus on the social aspects. Fire Emblem Engage is, in that sense, a return to form for the series. The battles are strategically engaging, the character build options are varied and intricate, yet the tale told lacks the morally gray alliances of its immediate predecessors. Despite not focusing on the story as much as Three Houses, it’s the best Fire Emblem I’ve played since Awakening.

You play as Alear, a Divine Dragon who is awoken from a thousand-year slumber after exhausting themselves battling against the evil Fell Dragon Sombron. As luck would have it, Sombron is returning, and Alear must journey across the continent of Elyos to gather the Emblem Rings. These rings contain the spirits of previous protagonists of past Fire Emblem games, and it is through their powers that you’re tasked with defeating the Fell Dragon once again.

It’s not a complex tale dealing with the horrors of war and intrigue between nobles, a result born from the game’s single campaign as opposed to Three Houses’ multiple routes. But that doesn’t mean Fire Emblem Engage’s narrative is bad. In fact, I’d say it’s actually quite charming, thanks to the strength of the cast itself. As silly as the plot can get at times, it’s well-acted, with some surprisingly hard-hitting scenes interspersed throughout the game. While the character designs are cartoonish (Alear’s design is *a lot*), their distinctive appearances marry well with their larger-than-life personalities.

“Fire Emblem Engage is a throwback to older entries in the series while still keeping many of the modern additions to the formula intact.”

Support conversations are universally interesting, sometimes surprisingly emotional, and frequently hilarious. Consider Etie, the archer who loves working out so much that she uses a weighted teacup so she can train at tea parties. Or Citrinne, the aristocratic mage who sincerely believes giving an island as a gift is appropriate. Or take Alcryst, the prince of a warrior nation whose apologies are so over the top that they can stop wild animals from attacking others. Even though I do not use all of the characters in battle, I love this cast.

And you’ll be interacting with them a lot outside of combat. In between battles, you have free reign to explore The Somniel, a floating island that serves as your base. Here, you can talk to your allies as they lounge about, fight in an arena to train, eat food to build up bonds, polish a ring to increase a bond (not a euphemism) and engage in a surprising amount of minigames.

Some, like working out, will temporarily raise your stats by a small amount. Others are purely for fun, such as the on-rails wyvern shooter, which is genuinely fun to play with. Exploring Somniel is always a great change of pace, offering a much tighter and more interesting space to explore than the monastery in Three Houses.

Yet the bulk of your time is spent in battle, which is where Fire Emblem Engage truly shines. I’m not exaggerating when I say that this has the best tactical combat of any Fire Emblem released in over a decade. Battles, from skirmishes to paralogues to story chapters, feature excellent map design that harkens back to earlier games in the franchise. And after a few games where Hard mode has been mildly challenging at best, it returns to being a proper challenge in Fire Emblem Engage, much to my delight.

More changes build upon Fire Emblem’s already strong foundations. Weapon durability is gone, though staves still have limits, allowing you to improve them at the blacksmith without having to repair them. Battalions are absent, thankfully. And the weapon triangle’s return is welcome, with swords defeating axes, axes defeating lances, and lances defeating swords as they always did.

This was missing in its traditional form in Three Houses, and it returns with an additional mechanic: Break. When a unit with weapon advantage attacks a unit with a disadvantage, that enemy unit is unable to counterattack for the remainder of the turn. This sets up the ability for units that would have a disadvantage or otherwise risk danger from attacking to be able to fight more effectively.

“Yet the most impactful addition to Fire Emblem Engage is the Emblems.”

Yet the most impactful addition to Fire Emblem Engage is the Emblems. You can assign each unit an Emblem Ring, though the ones created through a summoning system merely impart stat bonuses. The ones featuring the 12 protagonists from past games, however, are exceedingly powerful and add more depth to the rich-combat systems. A unit can equip an Emblem Ring and gain bonuses and abilities benefitting the ring’s character.

Sigurd’s ring grants the ability to move two spaces after an attack, while Lyn’s ring allows a unit to perform multiple strikes immediately after another instead of having to wait for an enemy counterattack. A unit equipped with an Emblem will slowly raise its bond with it, unlocking additional skills and enabling them to use some of them even when the Emblem is assigned to another character.

You can also merge with an Emblem for a few turns, which opens up some extremely powerful one-off abilities. Ike’s Great Aether roots its wielder in place, but on the following turn activates an area-of-effect attack that also heals. And Celica’s Warp Ragnarok lets you teleport over obstacles to unleash a devastating magical attack. These abilities open up a host of new tactics that can be used to survive battles. And considering how tough the enemies are, at least on Hard, you’ll need to use them effectively.

Battles are also brought to life by Fire Emblem Engage’s impressive visuals, which are one of the biggest improvements. Everything looks much more vibrant and detailed compared to Three Houses, from the locations to the characters. The lighting, in particular, is stunning, and I hope that more Switch games in the future take lessons from how it’s applied here.

Fire Emblem Engage is a throwback to older entries in the series while still keeping many of the modern additions to the formula intact. It may not have the multiple routes or stronger story found in Three Houses, but it makes up for it with a tale brought to life by fantastic characters and combat systems that make me want to spend far too much time planning out the best approaches to any engagement. Intelligent Systems have made another fantastic RPG, and I look forward to seeing where Fire Emblem goes next.