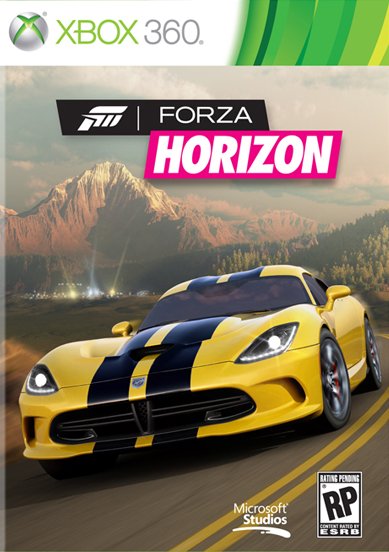 Here’s the thing about racing games; I’m not the biggest fan. Sure, I’ll take Need for Speed for a drive and test out the latest arcade racers available on the Playstation Network, but I’m not an aficionado. Even more so, if I were to play a racing game, it would have always been a title where there was a distinct ending after completing a certain number of objectives. When I was first handed Forza Horizon, I was concerned I would spend hours in front of my television begging to play anything else. I did spend hours in front of my television, but it was due to the utter enthralment I had when playing. Forza Horizon might seem like another racing title, but in reality, it is so much more.

The greatest aspect the Forza series is the attention to detail the developers include, as well as the breathtakingly stunning graphics. In past games, the circuits appeared on screen and you felt as if you actually were behind the wheel of the car you were driving. In Forza Horizon, the graphics are amped up to a whole new level. In the newest title from the development team behind Turn 10, the race leaves the circuit and immerses the player in a new open world experience. While I may not be a gigantic fan of driving video games, I am a big driver. Horizon allowed me to fulfil some of the drives I have yearned for. The only reason this is allowed to occur is because of the in-game graphics.The game takes drivers to the middle of Western America, in the heart of Colorado. The surroundings differ quite heavily based on the race you are partaking in. At night, the lighting is taken down to promote a darker ambience. It’s at this point where some of my favourite parts to the game came into play. When driving through the back mountains of Colorado, you can see fireworks appear overhead as you race. This is all a part of the Horizon Festival, the campaign you embark on. During the day, the lighting is nothing less than stunning. The individual rays of the sun ghost over the hood of your car as you corner beyond your competitor. One of the biggest facets a racing game must have is a realistic feel to the driving experience. While my favourite arcade racing games don’t allow me to feel like I’m behind the wheel of a car, Forza Horizon most certainly does.

With the newest addition to the Forza family comes a whole new set of achievements to be unlocked and an entirely new single player campaign experience. In Horizon, your goal is to become the Horizon Champion. Horizon Champion is the equivalent to becoming the Motorsport champion in previous versions of the franchise. This version will take you through the various locales of Colorado, from mountains to desert and beyond. Like in previous games, you’ll be set up in official races against a vast medley of racers from various cities. It’s in the single-player campaign where you can almost compare Forza Horizon to street racing games like Need for Speed. The attention to microscopic detail, however, makes this game one of the best racing games I have ever seen. Everything from the individual dashboard lighting which comes with certain vehicles to the way an individual car handles just increases the pleasure you’ll have playing this game.

While visuals are important to a game like Forza Horizon, the accompanying audio is also especially interesting. This game provides the standard racing game playlist that can be found in other racing games. Top 40 artists remixed by some DJ take form throughout the entire game. While I am a fan of electronic synth and exasperatingly long remixes of songs, the music didn’t quite fit the atmosphere the game had set. This game still comes across as a professional racing game even though it’s been taken out of i’s standard element and thrown into a street race setting. I would expect this music to appear in games like Need for Speed and the Club, but in a game like this the music aspect to the audio provided does not fit in with the rest of the game in the slightest.

The actual audio in relation to the sounds the cars make is supreme. Every growl can be heard as you tap lightly on the accelerator, and the screech of the tires burning as you drift around a corner roars through the speakers. Convincing audio and visual elements are components a game like this must have to succeed, and Forza Horizon hits the nail square on the head. I was playing this game on my 360 and with my headphones plugged in, I felt immediately transported to the race I was competing in. While it didn’t help my never ending losing streak, I was able to enjoy the race so much more because of it.

The biggest question of course is how the different cars handled in the game. What’s really interesting about Forza Horizon is each individual car has a unique handling style which you have to grow accustomed to before you can even think about winning any races. The Mercedes I took out had extremely high traction and so drifting was more difficult with this car then with some of the other cars I took out for a spin. The variety of cars made every race seem like an entirely new experience. This was one of the key elements which allowed the game to remain fun even after playing for a couple of hours. With the majority of racing games I’ve played, I’ve gotten bored rather quickly because of the repetitiveness. With Horizon I couldn’t get bored because I felt like I was playing a new game each time I unlocked a new car. The actual gameplay aspect actually blew me away and has redesigned the way racing games should now be played.

I was disappointed with the lack of varying weather conditions which would have made the game a little more interesting. A thunderous rain storm would have made the driving an edgier experience. With the cars provided, ranging from Audi’s to Aston Martin’s and more, it would have been an entirely new experience to try the different handling forms in certain weather. Considering the game takes place in Colorado, known for its western landforms and South Park, some snow would have also been fun to drive around in. Obviously, this would have taken away from the reality of the game they were trying to present, but in the open world concept provided, I feel like it would have worked tremendously.

The multiplayer provided for the game works extremely well with the open world concept. You can go online and challenge any one of your friends through LIVE on a variety of courses. One of the newest aspects to the game is being able to drive through a course which hasn’t necessarily been predetermined. You can drive through the city streets of Colorado and take numerous paths to your destination point. I thoroughly enjoyed this aspect to the game and wished Turn 10 had invested some more into this form of gameplay.

The most important question which gets overlooked in reviews is how fun the game is for you, the buyer. Is it worth your $60? If you are a racing game fan in the slightest, you cannot go wrong with the latest Microsoft title. If, however, you don’t particularly like racing games and find yourself a fan of action or shooter related games, you may just want to pass on this one. While the game exceeds expectations in a variety of categories, this game won’t appease anyone who is not interested in racing. While I had fun playing through the game, I personally would not have spent the $60 on this title, when I could have spent the same amount on a game like FIFA or Halo. If you are the least bit interested, though, and have fun playing racing games, then this game is exactly what you’re looking for.

While visuals are important to a game like Forza Horizon, the accompanying audio is also especially interesting.
REVIEW SCORE
9
File Under: Canada, Microsoft