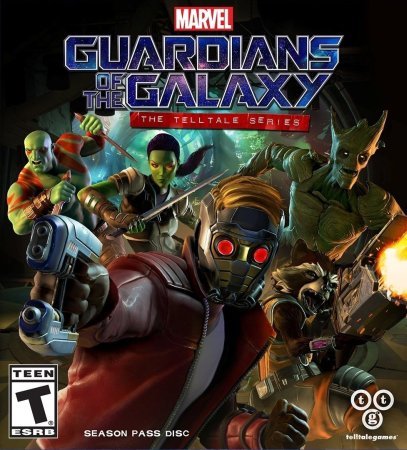 In its season finale, Telltale’s Guardians of the Galaxy gave me a glimpse into what the series has been missing its entire run. Since the first episode I’ve been saying that the Guardians of the Galaxy’s constant, petty conflict made it feel like an exhaustive waste of time. This conflict is key to their dynamic, but it’s particularly debilitating when it’s dragged out for five episodes, equating to roughly ten hours of time with people who can’t seem to stand one another.

Mantis, whose presence has called attention to this dysfunction, finally outright says that she believes the Guardians “hate each other,” and can’t imagine there was a time when they didn’t. It’s here that Groot, who is the last character to get a spotlight like previous episodes have given other characters, shows Mantis his memory of the day the Guardians met. There was no angst and bitterness between them, and it put all of the pettiness that had transpired in episodes one through four into perspective for her, and everyone else.

The Guardians of the Galaxy are group often defined by their inner conflict, but regardless all of the spite and the hatred, they’re supposed to be a family. Telltale hasn’t been able to capture this side of Star-Lord and company the entire season, and while episode five, Don’t Stop Believin’ doesn’t fix four episodes of misery, it does portray the titular band of misfits at their best, which is all I wanted this entire time.

The previous episode, Who Needs You, left the Guardians in shambles, seemingly giving up on each other and their plan to stop Hala the Accuser from destroying the galaxy. This is until Star-Lord is approached by her son, who is attempting to overthrow his mother after deeming her way of ruling unfit for the Kree. This new information and ally gives the Guardians hope of defeating Hala’s supposedly invincible Kree army, but the group must first make amends with one another. The splintered group is divided across the galaxy, and the search and rescue that follows gives some closure to the well-trodden arcs of the series. Gamora has to forgive herself for the pain she caused as a daughter to Thanos, Drax, whose sacrifice in the previous episode and the conflict that follows gets mostly trampled on by his being alive, has to find a reason to want to live after the loss of his family, and the group collectively has to make a decision regarding the Eternity Forge and its ability to bring back any of their loved ones from the dead. It’s Guardians of the Galaxy at its most decidedly heavy, and despite the manufactured and insufferable drama of the previous episodes, it was nice to see these iterations of these characters reach a sense of closure and unity.

Getting to these resolutions is a bit iffy. Telltale’s animation work has always been a little off in this series, but here things come off especially mechanical and stiff, especially in simple conversations where lip syncing doesn’t line up with dialogue and idle animations are minimal, making characters look like lifeless dolls. This is especially apparent because, as a whole, Don’t Stop Believin’ isn’t heavy on the action. Most of the episode is about the internal conflict of the Guardians, so there’s a lot of talking, with only a few fights and QTEs in between. The action sequences still suffer from the game’s lack of visual identity, but the choreography is some of the most elaborate since the first episode’s battle with Thanos, with the final battle against Hala being one of the most entertaining set pieces of the series.

Overall I don’t think Telltale’s take on Guardians of the Galaxy does the characters and their stories justice for most of its runtime. While Don’t Stop Believin’ is probably the series’ best episode, it doesn’t feel like enough to justify the four episodes of childish conflict and inconsistent writing that come before. The episode ends with a cliffhanger, one that doesn’t inspire a ton of confidence that the series won’t go into some well-worn territory Marvel is tackling elsewhere, but at the very least it appears Telltale will get a second chance at getting it right. Maybe now especially that the Guardians’ inner turmoil has been put to rest. Well, mostly.

Don’t Stop Believin’ helps to undo a lot of damage of previous episodes, but this more level-headed characterization is five episodes too late.
REVIEW SCORE
7
File Under: Guardians of the Galaxy, Telltale games