Fantastic Fit for the Switch
SCORE: 8/10 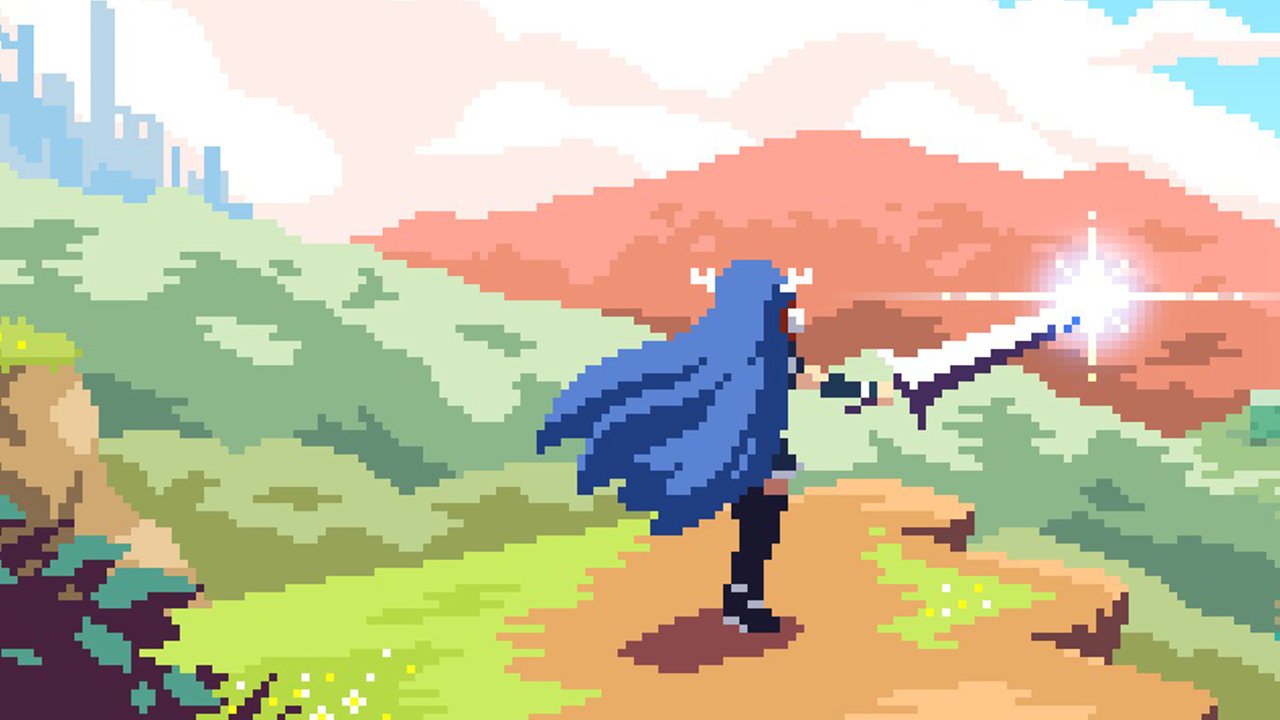 I’m a relentlessly organized sort of guy, the type who makes tracking the games he’s playing into its own sort of game. I swore by the Backloggery for years, and while I now opt for a simpler approach to logging (read: a whiteboard), this sort of meticulous behavior has actually revealed a lot about the way I approach video games. For every sweeping 60-hour RPG, I need a comparatively brief game I can devour in bite-size chunks; I need a game that has rounds, or levels, or a score meter that ticks endlessly upward. Kamiko, a tiny little adventure starring a trio of magical shrine maidens, came to me in the midst of one such craving. I’m delighted that it showed up when it did.

First with VOEZ, and now with Kamiko, publisher Circle Entertainment is quickly capitalizing on the Switch’s potential as a Japanese indie game powerhouse. Their sophomore offering is a blazingly fast action romp through four stages of vaguely mythological danger that ends almost as soon as it begins. The objective in each stage is to slay enemies, accumulate the spiritual energy they leave behind, and then use that to purify four corrupted shrines before moving on to a boss. There’s little in the way of character progression or secrets, and aside from a few health and energy upgrades, it’s a linear affair. The experience is so lean that my first run through took me a scant 38 minutes—my second, closer to 30. Kamiko is clearly built for speedrunning, and with three playable characters, it offers sufficient variety to justify its meagre $5 price point.

Kamiko‘s colorful, retro-inspired visual style is its greatest asset. At first glance, it looks like a downscaled Hyper Light Drifter, though its simplistic animations can’t hold a candle to Heart Machine’s luscious pixel artistry. The soundtrack is equally pleasant, with upbeat, chippy Japanese melodies that propel the action forward. But do yourself a favour and turn sound effects off—they become grating within minutes, and it only gets worse.

It’s hard to find fault with Kamiko precisely because it knows not to overstay its welcome. Barren as the Switch software library is, here in its first few months of life, it’s nice to have another option while we wait for heavy hitters like ARMS and Splatoon 2 later this summer. 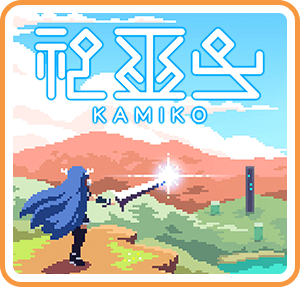