Knights in the Nightmare (DS) Review 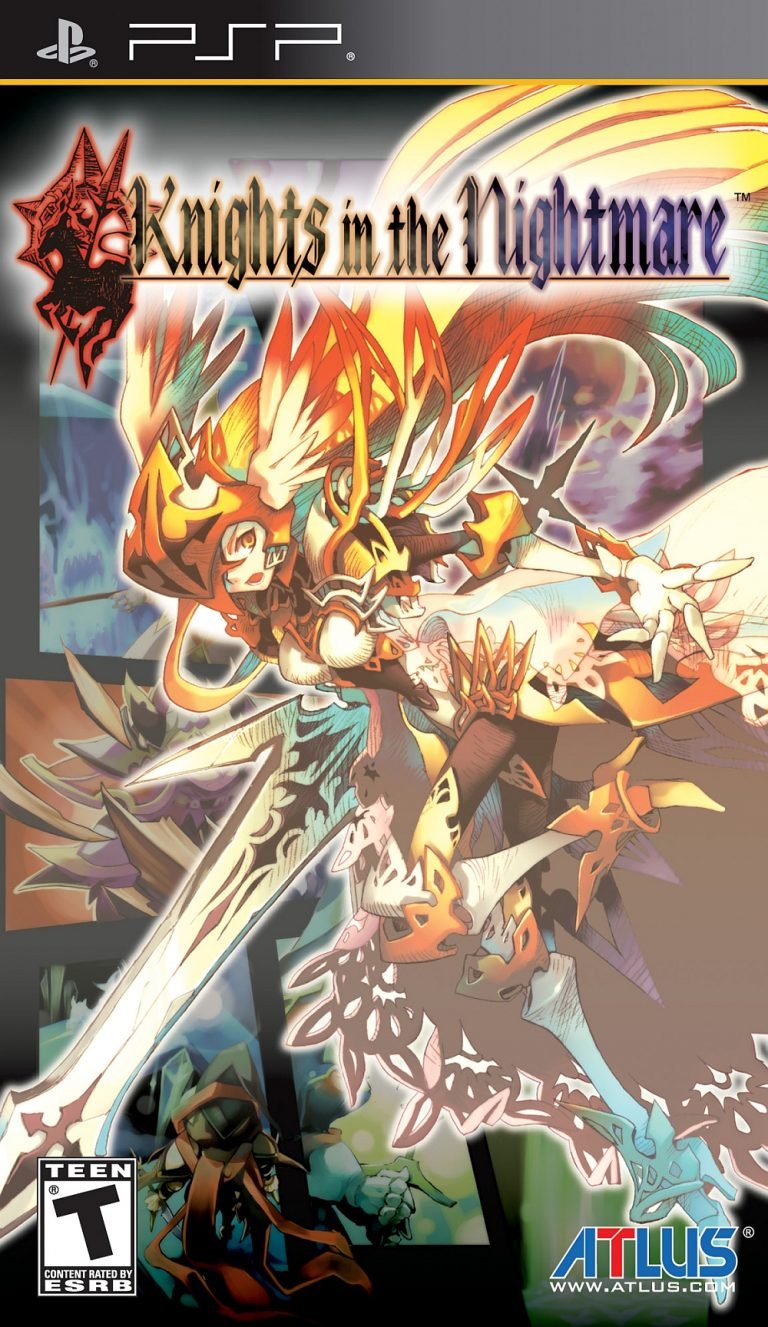 Atlus has enough goodwill to burn these days. It’s hard to imagine another publisher taking the chances they do with what they choose to release. Whether it’s Persona 3’s modern-era high school sim masquerading as a classic RPG, Etrian Odyessy 3’s amateur cartographer, or the cruel difficulty of Demon’s Souls, Atlus’catalog is filled with games that are similar to so many other games, but with a radical idea embedded in their soft genre packaging. Knights in the Nightmare has plenty of ideas, but has trouble keeping them cohesive.

First released for the DS in 2008, it now makes its way to the PSP. The game has you playing a wisp, which is supposed to be the ghost of the dead king, but looks and plays like a glowing mouse cursor. As this wisp/ cursor you’re supposed to exact revenge on those that have wronged you, while slowly piecing together what happened. The story is a mess. It’s a standard fantasy tale, with the forces of evil ousting an old king, and the vengeful ghost of that king trying to avenge his death. It’s a classic set up, it’s downright Shakespearian, but the game fumbles by having far too much story.

Each chapter starts with a cutscene, in the present, followed by a little narrator monologuing, followed by another little pre-battle cutscene. Finish the battle, and you’re treated with a cutscene, in unflattering sepia, that reveals a little of the past events that led to the current predicament, usually with a little preamble explaining the scene you’re about to watch. The flashbacks don’t work well because there’s no investment in the present and there’s no investment in the present because the game throws so much at the player at first that it’s hard to figure out what’s relevant.

The problem of excess carries over to the game itself. Battles happen during sixty second turns. A few spaces are provided to place your characters, slots for weapons or items are on every corner of the screen. Once everything is picked out, the round begins. As the wisp, your job is to use your knights to kill the enemies on screen. Simple enough. This is accomplished by dragging the weapons from one of the screens four corners to the knight so she can use it, then holding it over the knight while it charges, while being aware of the enemies movements and how the knight’s attack pattern plays in that, while keeping an eye on the clock (because any action takes up time), and while avoiding the bullet hell projectiles the various enemies occasionally fire off that reduce your time even further if they come in contact with the wisp.

Other considerations must be taken into account in the heat of battle. Are you in law or chaos? Some weapons work in one mode but don’t work in another, or to add confusion, have a different attack pattern. Some classes only face certain directions too, so there’s that too. Oh, what element are your weapons? Because your knights, weapons, and enemies all have one, so that has to be taken into account. To use the weapons, you also need magic crystals which usually come with successful hits, but if you’re in either law or chaos too long, the amount of crystals dwindles so you are forced to switch it up. And to top it off, every enemy is represented on a multi-coloured grid (3 by 3, 4 by 4, 5 by 5) and before every turn the enemies spin round and round and a button press will stop them on a space on the grid. Killing every enemy on a line (vertical, horizontal, diagonal) wins the battle. Did you get all that?

It’s all just stacks of complications without the triumphant feeling of ever conquering it. The bulk of the game is in real time and forces you to react quickly, but never with enough time for nuance or tactical planning. A few less layers or a slower pace and the game might be significantly more playable. The game does give unlimited time to plan out things before rounds tactically, but the planning doesn’t ever really gel with the bulk of the gameplay. Meticulous planning gives way to a mad dash when the battle begins. This version also suffers because it doesn’t have the smooth control afforded by the DS stylus.

The game is a port of a two-year-old DS game, and it suffers visually. That isn’t a knock against its graphics: they are serviceable if dated. Rather it’s a knock against how cluttered the game gets. Part of the problem with information overload is the density with which it’s presented. Again, all that planning falls to the wayside as you pick out a (colour-coded) weapon and use it on a (colour-coded) enemy while dodging neon projectiles from enemies and matching up the right weapon to the right knight (which don’t highlight, instead dimming all the knights who can’t use the weapon, which doesn’t help, while keeping an eye on the attack meter of the enemies on the left, and the charge meter on the right. The game’s competing colours give the game a cheap looking aesthetic, completely clashing with the beautifully drawn talking heads that populate the game’s many cutscenes.

The spark of innovation that Atlus favours is here, and it’s easy to see why they decided to publish Knights in the Nightmare. They tired to marry a perfectly competent (if dry) turn-based strategy game that doesn’t really blend well with a lame bullet-hell shooter. It’s a failure but it’s risks like this that make Atlus so damned interesting.

The spark of innovation that Atlus favours is here, and it's easy to see why they decided to publish Knights in the Nightmare.
REVIEW SCORE
4
File Under: Action, Adventure, Atlus, DS, Nintendo, RPG, Strategy