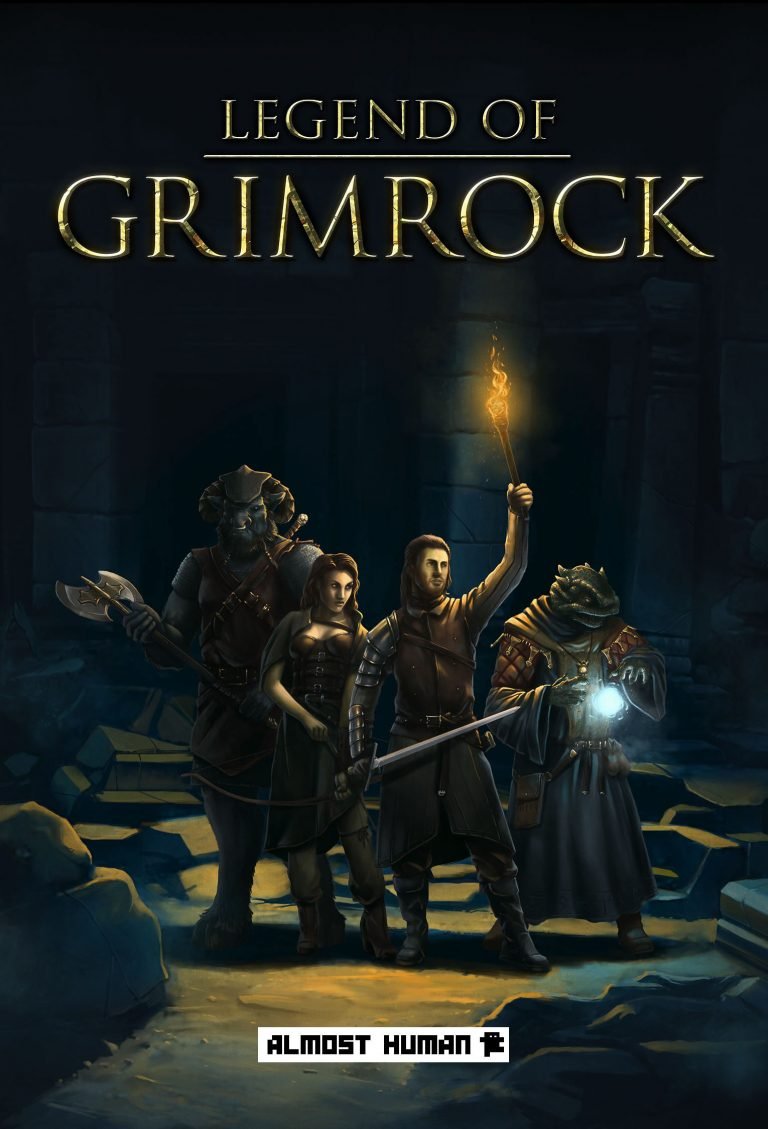 Grimrocking it old school. Legend of Grimrock is a great game from Almost Human Games available now on Steam and Good Old Games. It harkens back to the old classic games of yesteryear, like Eye of the Beholder or Dungeon Hack. Classic dungeon crawlers where your party of four explore the dungeon from a first person perspective, moving along a grid based map. You have to overcome varied enemies, solve fiendish puzzles and traps, and try to make your way through the dungeon.

While the game might have its roots in games of the past it’s managed to keep quite up to date. The graphics of the game are beautiful. The level design is gorgeously done with intricate detail everywhere, down to the last mossy cobblestone. Enemies are full of fine detail that gives them an almost lifelike appearance.

The lighting effects are amazing. Your party should always have at least one character with a torch equipped so that you’re not wandering about in the dark. You will see light emanating from torches, traps, magic crystals and spell effects. It adds that haunting realism to the dungeon as you explore.

Of course the sound effects do a wonderful job of immersing you in the experience as well. From the meaty thunk of your sword hitting a monster to the spooky soft sounds that drift down dark halls, the game is full of wonderful sounds that help bring it all to life.

But as impressed you’ll be by the presentation, I’m sure you want to know more about the actual gameplay itself. Well, you won’t be disappointed there either. The game has the classic feel, but plays out in real time. It’s not a twitch-based game like most modern so-called RPG’s. But enemies don’t just sit around waiting for you to make your next move. Each weapon has a speed rating which determines how long the character has to wait before they can act again. A simple click will swing away or use an item or pop open the magic rune list. With the keyboard to give you basic WASD controls, with Q and E set to rotating 90 degrees in either direction, the controls are simple to learn and master.

The game itself may be easy to learn, but beating it will take quite a bit of effort. You have a party of four that you can create yourself from four races (human, minotaur, lizard man and insectoid). You also have the classic RPG triad of classes with Warrior, Thief and Mage. Each character will have stats that govern most things as well as skills that are based on their class. As you level you gain more skill points to customize and develop your character.

There is a wide variety of gear to be found in the dungeon, from weapons and armour to mystic scrolls to keys that will unlock the many doors barring your path. Puzzles in the game range from simple to mind bending. It could be something as easy as just flipping a switch down the hall to placing a torch in a specific wall mount to leaving an item in a niche in the wall. There was one room that required patience to open, which meant you had to stand on a pressure plate and just wait for a while until the door opened. It’s a wonderful mix of simple and complex and sometimes deceptively intricate.

The game can be deceptively challenging but it is also a truly enjoyable dungeon crawling experience. The guys at Almost Human have done an amazing job with their presentation and with the overall quality of the game. Polish your sword, ready your spells and get ready for an epic journey into the depths of Grimrock.