Lego has covered (and will continue to) many different franchises over the years, but one I never expected them to toy with was Mission: Impossible. But thanks to the spectacular world-colliding Lego Dimensions, fans are now able to enjoy Ethan Hunt in Lego form.

One thing I never understood is why Lego includes an age cap on their packages. Mission: Impossible says ages 7-14. Mission: Impossible came out in 1996. The people who have fond memories of it are now at least in their 20s. Yeah, I guess some 14 year olds could love it, whose parents put the movie on one night, but it seems like an odd marketing choice. However, my gripes on feeling judged by the Lego packaging aside, Lego Dimensions Mission: Impossible is the perfect way to introduce younger players to the Mission: Impossible franchise.

Lego’s take on Mission: Impossible is exactly what you would expect – a watered-down, kid friendly version of an iconic movie. However, this isn’t necessarily a bad thing. The gameplay is similar to any one of the many Lego games that have become before it. Ethan’s abilities are similar to Batman’s, with the added bonus of being able to disguise yourself. It’s chockful of Lego smashing, collecting and puzzles. While Lego games are simple to grasp, they sometimes suffer from a lack of direction, which may leave the player scratching their head for a few minutes while they figure out what they’re suppose to do. However, my only real complaint regarding the gameplay is there are parts of the Mission: Impossible campaign where it is only really accessible to Ethan. Yes, this makes sense, Gandolf wasn’t in Mission Impossible next to Tom Cruise, but it means if you have a player two, they must be abandoned to progress the story. 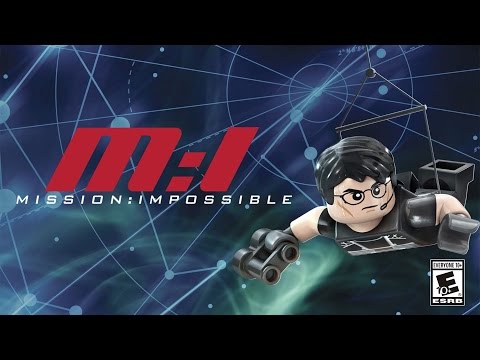 Lego Dimensions Mission: Impossible Level Pack is enjoyable but short. However, this can be said about most of the level packs offered by Lego Dimensions. Players can burn through this in a couple hours, no problem. So while it’s a great way to expand on the Lego Dimensions base game, buyers wanting more bang for their buck should pick up one of the full Lego games. Any of them, actually, as they are all rather enjoyable.

Lego’s take on Mission: Impossible is exactly what you would expect and this isn't necessarily a bad thing.
REVIEW SCORE
7
File Under: LEGO, Tom Cruise