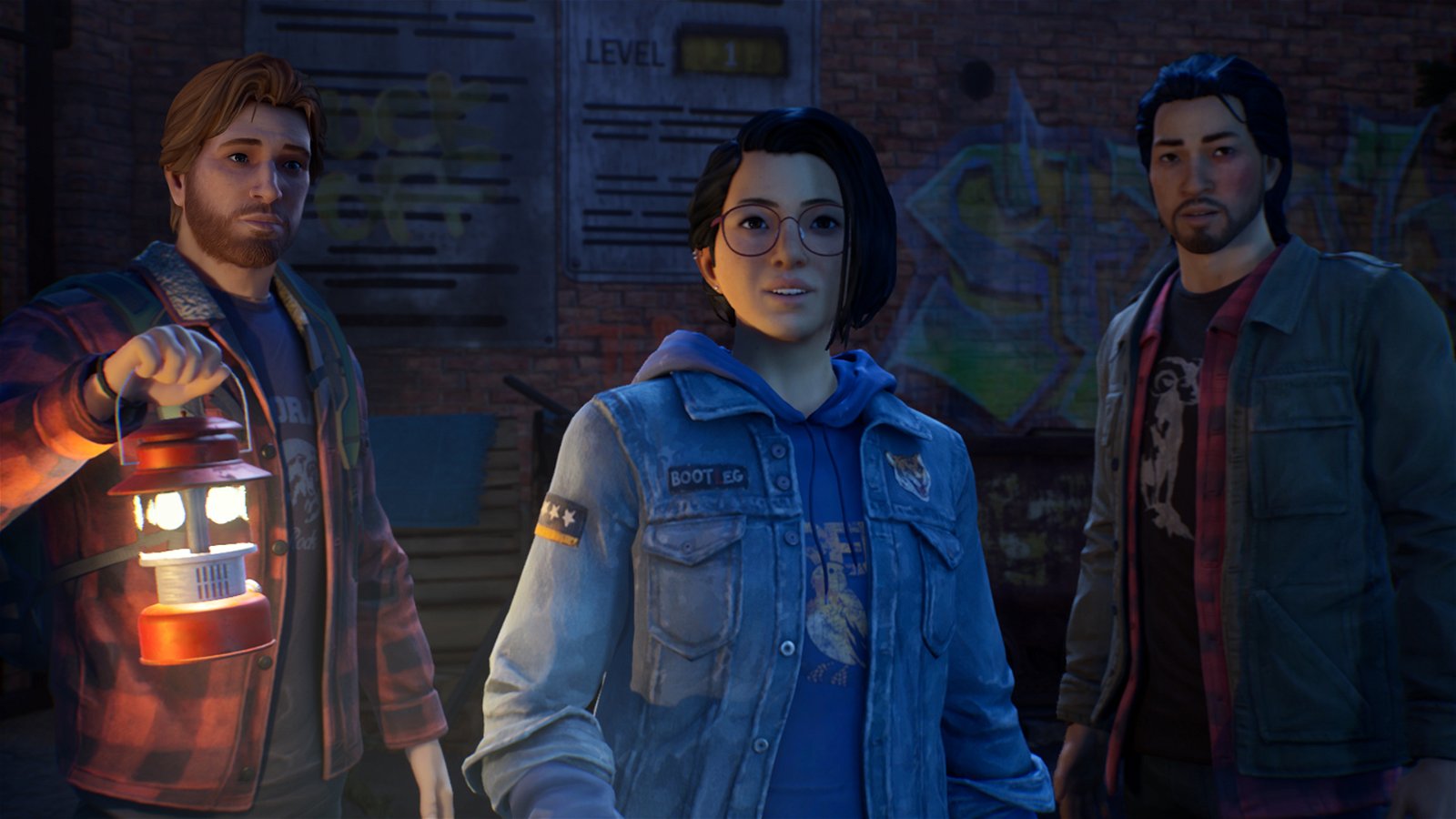 Before I started Life Is Strange: True Colors I knew it was going to be an emotional rollercoaster; previous games have been that to a tee and pre-release coverage already revealed that the main character Alex’s brother, Gabe, would die in a tragic accident. Having lost my own brother years ago, I tried to mentally prepare myself, but True Colors still hit me to my core with an incredible story of tragedy, trauma, loneliness, and even healing.

Life Is Strange: True Colors casts you in the role of Alex Chen, a young woman who grew up in a group home after losing both parents. Alex heads to New Haven, Colorado to start a new life with her long-lost brother Gabe, hoping to find a place to finally call home. Life Is Strange, as a series, is entirely built around the varying personalities of a diverse cast of characters, and True Colors has an utterly phenomenal cast. Across the first chapter, the game introduces a core cast that the rest of the game is built around; like the quiet but hunky Ryan, or the quirky and energetic Steph, both of which are the game’s love interests.

The story of True Colors feels much more intimate than past Life Is Strange games, and the stakes are decidedly lower, but that plays to the game’s strengths. The superpower this time around is that of an Empath, meaning Alex can see and feel the emotions of other people. As she and her friends try to unravel the mystery around Gabe’s deaths, Alex has to start using her powers to help the residents of Haven.

Because of the nature of Alex’s powers, you’ll be getting to know these characters on a more intimate level, and there’s some truly tough subject matter that comes up. A mother blaming her son for the death of a loved one, Alex’s abuse in the foster system, a cherished family member starting to struggle with dementia, and the cold cruelty of corporate America. True Colors doesn’t shy away from tough subjects, and it handles nearly everything with a deft touch. I couldn’t wait to learn more about each of the inhabitants of Haven, and the story’s mystery does a good job of stringing along reveals, keeping just enough unknown.

Haven itself is a quaint homey town, where everyone knows everyone. This, of course, plays into the story and, most notably, the twist involving the core villain. The megacorporation Typhon Mining has moved into Haven and turned its mining operations into the lifeblood of the town. It plays a central role in the main story as well as the lives of both the main and side characters.

“As a native Coloradoan, I also have to give major props to Deck Nine Games for the absurd level of detail in Haven.”

As a native Coloradoan, I also have to give major props to Deck Nine Games for the absurd level of detail in Haven. The city looks like countless small towns I’ve visited over the years, and there’s a ton of “Coloradoisms” if you will, that only people who live here would get—natives complaining about “transplants” to the state and how they can’t drive, a flyer for Goat Yoga, jokes about craft beer. It’s clear that the developers put a lot of love for where they live into True Colors.

Like past games in the series, True Colors is a narrative adventure that relies heavily on choices and conversations. However, the world encourages a bit more exploration than other Life Is Strange titles. Multiple instances in each chapter have you exploring parts of Haven, like Main Street, and there is a wide variety of optional objectives and collectibles.

When Alex uses her power, she can see certain items and people highlighted in various colors that correspond to emotion; blue for sadness, purple for fear, red for anger, and yellow for happiness. Items that are highlighted can be scanned which unlocks an additional “memory,” which is an audio clip associated with an influential part of a character’s life. For example, scanning Steph’s drum kit brings up a memory of her breaking up with her last girlfriend, while scanning a hole in Gabe’s apartment reveals a memory of him searching for Alex.

These little memories do a fantastic job of fleshing out the cast, and there’s a ton of background info to be gained simply from scanning or examining items. There are also different optional characters that Alex can assist with her powers, like helping an awkward couple finally be honest about their feelings for one another.

“The way True Colors plays with Alex’s power is ingenious…”

Choice has been a core part of Life Is Strange since the beginning, and True Colors presents you with some truly difficult decisions. The way the narrative flows and brings all your choices together is impressive. A couple of decisions, in particular, make you decide if you want Alex to use her powers to take someone’s strong emotion away and bring it onto yourself. These decisions fascinated me, as I agonized over whether it was even morally correct to take someone’s emotions, and what that would do to a person.

The way True Colors plays with Alex’s power is ingenious, and big set piece moments let Alex “see” the world the way the character she’s scanning does. My favourite use of this takes place in Chapter three, when the town of Haven gets wrapped up in an epic LARP. I don’t want to spoil anything, but it’s an incredibly imaginative sequence that stands out as one of my absolute favourite video game moments of the entire year.

Life Is Strange: True Colors is also a huge step up in terms of graphics, and the game has some of the most impressive facial animations I’ve ever seen, almost bordering on the uncanny valley at times. The only real criticism I can weigh against the game is some occasionally sluggish pacing in the first couple of chapters, but the vibrant world of True Colors helps assuage that problem.

There’s a lot to unpack about True Colors, and fans will likely be debating the game’s big twists and decisions for a long time to come. On a core level, however, the game strikes a human chord with its story and characters that is rare to find. It’s starkly anti-capitalist and steadfastly diverse, and I have to admire a game that truly tries to say something about its subject matter. Alex Chen is also a remarkable protagonist and her story of finding a place to belong is one that so many can identify with. This isn’t a game about saving the world, it’s a game about finding a reason to live with those around you.

Life Is Strange: True Colors made me laugh, made me cry, and made me fall in love with its characters. There’s so much more I could say about it, but the best advice I can give is to just dive into True Colors knowing as little as possible and enjoy the journey.

Life Is Strange: True Colors is an unforgettable journey with some meaningful messages.

File Under: LIFE IS STRANGE TRUE COLORS, Square Enix
A retail version of the game reviewed was provided by the publisher. You can read more about CGMagazine reivew policies here. 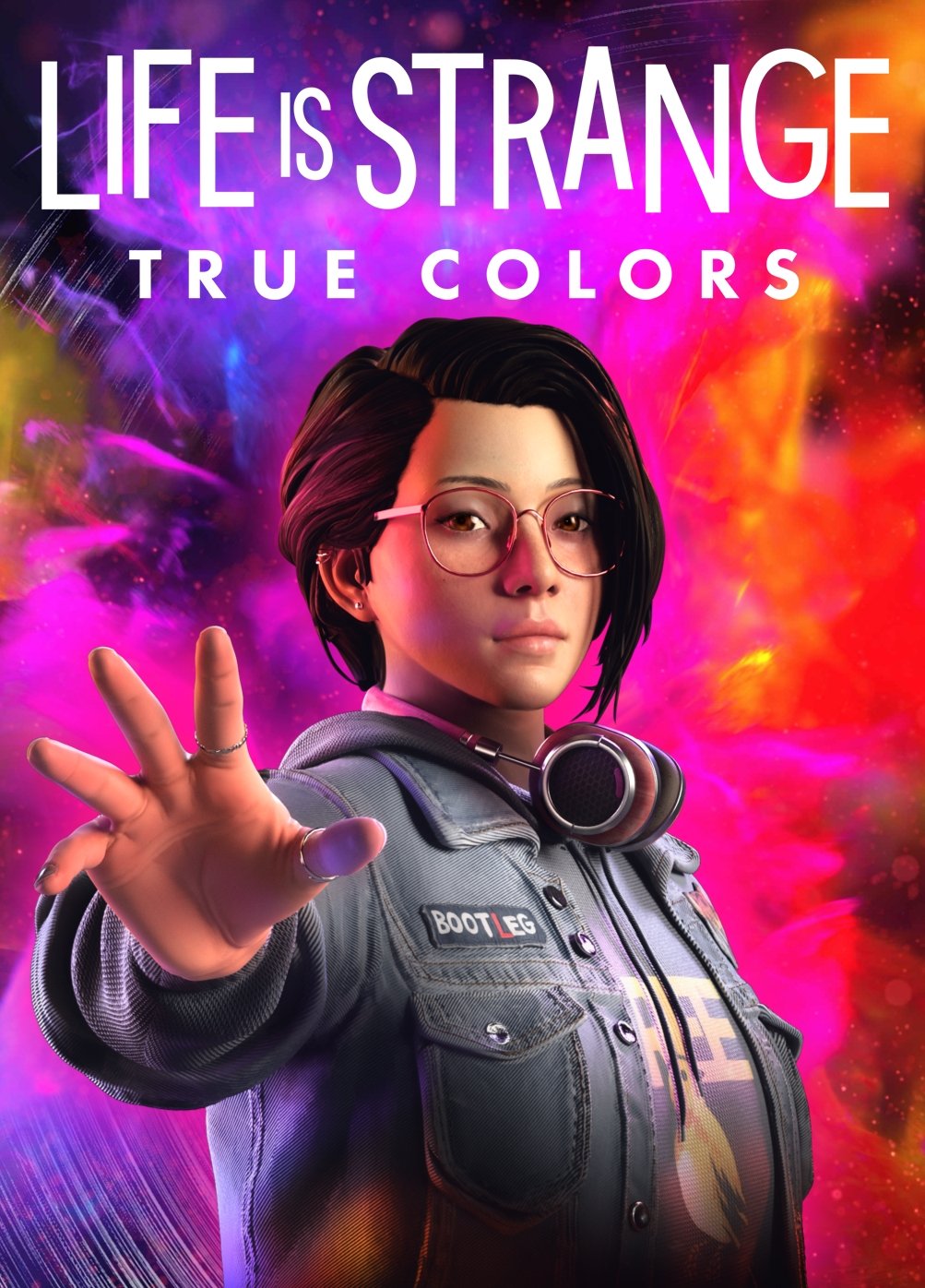