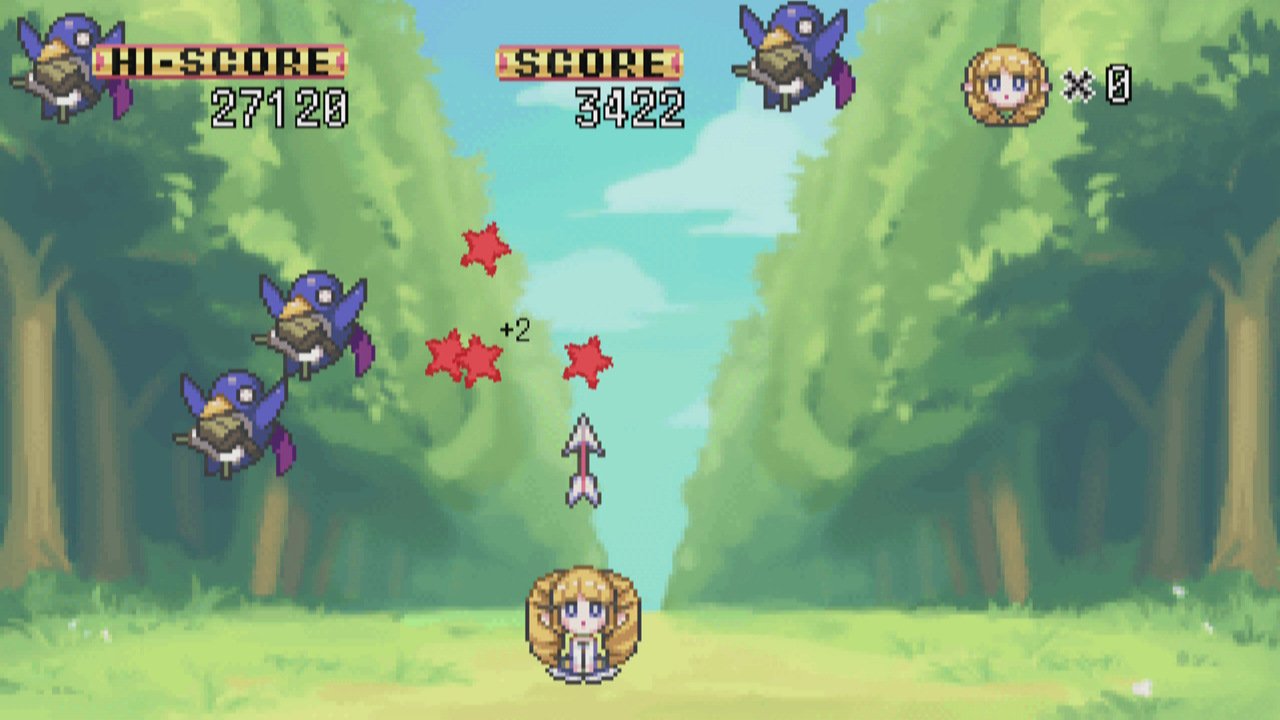 In the fifteen years since the release of Disgaea: Hour of Darkness, NIS America has earned a reputation as the de facto publisher of quirky, anime-style games. Their games have starred misfit protagonists that run the gamut from maniacal overlords and malevolent angels to exploding penguins and everything in between. Their latest effort, The Longest Five Minutes, features a more grounded premise than one might expect, given the company’s pedigree: it’s a simple, classically-styled story of four stereotypical heroes on a quest to save the world from evil. It wouldn’t be an NIS America game without a twist, however: The entirety of this RPG adventure takes place in the span of five minutes.

Well, sort of. It turns out that a lot can happen in five minutes.

The Longest Five Minutes—gosh, I can’t seem to escape that specific combination of words—actually opens at the climax of its story. Justice-loving hero Flash Back (yep, that’s his name) and his compatriots are on the cusp of battle with the malevolent Demon King when Flash suddenly loses all memory of his journey. It’s not just his memory, either; Flash can’t remember his friends, his special moves, or even the reason why he set out on a journey in the first place. Little by little, he begins to piece things together through a series of flashbacks, growing stronger with every memory he recovers. It’s a novel approach to well-worn RPG tropes that is as silly as it is subversive.

Memories are the playable “meat” of The Longest Five Minutes. These micro-adventures generally task the player with exploring a single dungeon or town to flesh out a story beat, and rarely last longer than ten to thirty minutes. Given The Last Five Minutes‘ lean build, there isn’t much of an emphasis on gameplay mechanics here—it’s about as basic as a turn-based RPG can get. Movement is quick, and battles are over in a flash (heh), the only wrinkle being a functionally pointless (as far as I could tell) “re-experience level” that rises over the course of the game. In fact, with the exception of a few boss encounters, combat is so thoroughly streamlined that the player can roll through the entire game on auto-attack. No equipment or items carry over directly from memory to memory, and they don’t necessarily appear in chronological order, so whatever small emphasis there could have been on character progression is thrown completely out the window.

The Longest Five Minutes is fast, fast, fast. The game is designed around speed as a central element. It carries a comical tone throughout, and even its most sincere attempts at melodrama are tempered with lightheartedness. Because the entire adventure lasts only about six-to-eight hours, it blazes through plot points that similar games might linger on, though it does present a few surprising revelations as the story approaches its conclusion. It’s less a game to be taken seriously and more a fond caricature of the 8- and 16-bit RPGs that helped define the genre, pixelated aesthetic and all. A flavourful localization gives the game’s script an unexpected puissance, acting as a counterbalance its sparse, unmemorable soundtrack.

Although the essence of The Longest Five Minutes evokes other self-styled “parody RPGs” like Half-Minute Hero and the miserable Evoland 2, it has enough polish and personality to stand out from its contemporaries. Its marriage of simplistic RPG sections with branching visual novel segments works better than it ought to. It’s a slightly tough sell given its price tag, but there are much worse ways to while away the time than being trapped in The Longest Five Minutes‘ brand of RPG reverie.

Calling The Longest Five Minutes a deconstruction of 8- and 16-bit RPG tropes is only half-true, as it turns around and reconstructs those same tropes by journey's end. Still, it's a brisk and amusing adventure that knows how to play to its strengths.