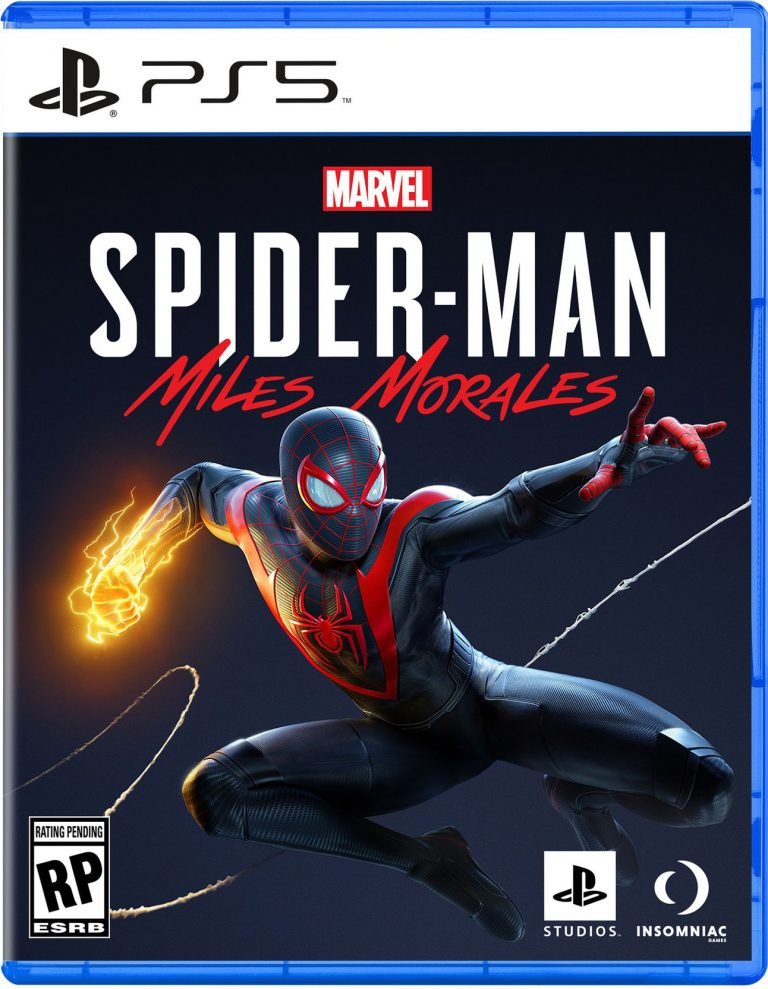 The first thing that I did after pre-ordering my PS5 was try to figure out what game(s) I was going to play on launch day. The first day with a new console is exciting, although most launch titles are lackluster and easy to forget. Do you have fond memories of playing Blast Factor on the PS3 or Ryse: Son of Rome on Xbox One? Do you wake up in a cold sweat twice a week because you can’t stop thinking of Ben Ten: Omniverse on the Wii U?  Probably not, and if you do then more power to you. But console launches are mostly just that, an opportunity to showcase a new piece of tech, with a promise that better experiences are coming. Spider-Man Miles Morales on the PS5 is a wonderful buck of this trend, as it is a top-notch experience that kicks off the PS5’s life-cycle with a resounding THWIP THWIP.

The story in Spider-Man Miles Morales kicks off with Peter Parker taking a vacation, leaving Miles as New York City’s one and only Spider-Man. The light passing of the torch is played off well and smartly doesn’t go the comics route of killing off Peter to give Miles his spotlight. With Peter on vacation, the game’s narrative focuses on the fight between the corporate entity known as Roxxon and the voice of the people style gang known as the Underground. In many ways, the main theme of Spider-Man Miles Morales is the fight against the gentrification of old neighbourhoods and the spirit and importance of celebrating the past. It is very reminiscent of the musical and soon to be motion picture In the Heights and the game does a fantastic job of capturing the essence of Harlem.

Spider-Man Miles Morales is a much shorter and tighter game than 2018’s Spider-Man, and frankly, it’s better for it. While I did enjoy the 2018 game, there was a noticeable glut of fetch quests and an overwhelming amount of underwhelming content that has become commonplace with AAA games. It took me seven hours to finish the story in Spider-Man Miles Morales and it was an emotionally charged and fun experience from start to finish. A significant reason why it is so enjoyable is the rich characters that inhabit it.

Miles Morales is a breath of fresh air as Spider-Man. After three separate film franchises focused on Peter, it’s nice to be in the era of Miles, with 2018’s Spider-Man into the Spider-Verse serving as the kickoff. Nadji Jeter’s brings an optimistic and energetic charm to Miles Morales. His love for New York City and the everyday people that inhabit is authentic and integral to Miles as a character. It helps that the supporting cast around Miles is just as strong, and it’s led by his complicated relationship with his’ childhood best friend Phin and his Uncle Aaron. Phin’s friendship with Miles is one of the main driving forces of the game’s story and her intelligence and tenacity make her the main standout. Uncle Aaron serves as a mentor figure to with Peter gone and his complicated relationship with Miles’ late father fuels his character.

Where Phin and Uncle Aaron challenge Miles, his mom Rio and his best friend Genke provide stability. Genke is the only person who Miles holds no secrets from and it’s refreshing to have a superhero able to be completely honest with at least one other person. Rio’s main story arc is her is campaigning for public office and her support for Miles combines well with her determination for fighting against Roxxon.

The combat is largely the same as 2018’s Spider-Man with two notable exceptions: Miles’ electricity powers and invisibility. They both serve as ways to break through stubborn enemies, with the invisibility also helping to escape situations and stay silent in stealth missions. The electric ability is reminiscent of the Wii U exclusive armoured abilities in Batman Arkham City,(that’s right the Wii U had exclusive features) and it’s a nice way to get through tough enemies in a way that is visually interesting.

Speaking of visuals, Spider-Man Miles Morales feels like the first real taste of what next-gen gaming is capable of. The moment to moment web-swinging gameplay is fluid and dynamic, and the fights are a feast for the senses, combining bright combos, quick counters and freeze-frame glory hits. There are two visual options in Miles: one is a 60FPS mode that’s a smooth experience and the other one is a 30FPS 4K mode that utilizes ray tracing. While the combat is impressive, the first real moment of wonder that I experienced took place in a winter street festival that was full of lights and food and people. It was a bit of a sensory overload and one that left a smile on my face and the quiet moments in Miles Morales are among the best.

The most noticeable difference other than the visuals is easily the load times. It’s something that every review of every next-gen game has touched on, and it’s nice to be in a day and age where the wait to get into a game is practically gone. Also now seems as good of a time as any to highlight the various suits that you can unlock, specifically the Into the Spider-Verse one. Not only does it look like the suit from the film but you can also turn on a feature that lowers Miles’ frame rate and transforms him into the Spider-Verse animation style. It may just be the coolest cosmetic implementation that I’ve ever seen in a game.

Another PS5 exclusive feature is the Dual Sense integration, which serves more so as a background addition than a distinguishing feature. The controller buzzes when Miles receives texts, shivers when he has been electrocuted and reacts slightly to hits. Compared to games like Apex Legends where the Dual Sense is built into every shot, the integration in Miles is definitely less impactful but it’s still a neat addition to the overall package.

One of the unfortunate results of the more focused and tight story is that there are far fewer boss fights than 2018’s Spider-Man. You face off against Rhino in the game’s first mission and you mostly face off against grunts from the game’s two warring factions for the first few hours. This is righted by the game’s final act where Miles’ faces off against a few great villains, all of whom pack a physical and emotional punch. There are a couple of side-missions that involve supervillains but they’re mostly detours. As much as it makes sense from a story perspective, transitioning from the villain packed brawlhalla of 2018’s Spider-Man makes for a bit of a hiccup.

At $64.99 CAD, Spider-Man Miles Morales is not a full-priced title, but it may be worth spending the extra $25 to get the Ultimate Edition since it comes with a remastered version of 2018’s Spider-Man. It’s also worth noting that the game is also available on PS4 for $69.99

Overall, Spider-Man Miles Morales is a tightly packed improvement on 2018’s entry. Its engaging characters and fun moment to moment game play combines well with the next-gen visuals and emotionally rich story. If you’re going to pick up only one single-player game to play with your PS5 than Miles is a worthwhile choice.

Spider-Man is the most noteworthy launch title for the PS5 and although it’s shorter than the original game, there’s enough quality content to make it feel worthy of the price tag.
REVIEW SCORE
9
File Under: Game Review, PlayStation 5