The Perfect Model of a Remaster 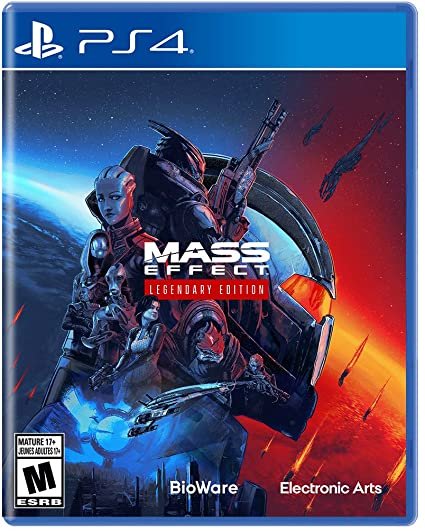 A pessimist might say remasters and ports are cheap cash-ins, trotting an older franchise out to market for a quick buck. However there is a lot of genuine value in simply bringing bygone experiences to modern hardware, with quality-of-life changes and bonuses thrown in. But every once in a while, a studio will go the extra mile to update a classic, and achieve something truly special.

This is what BioWare has done with Mass Effect Legendary Edition. The classic trilogy has been reinvigorated with a caring remaster that not only repackages the games and DLC for current systems, but truly updates and polishes them.

For the uninitiated, in the distant future of Mass Effect humanity has discovered the secrets of interstellar travel from recovered alien artifacts and discovered we are not alone in the Milky Way. You play as Commander Shepard of the Alliance, Earth’s representative body in the galactic Council. After a routine mission goes awry, you are chosen to be a special agent for the Council and tasked with hunting a traitor.

From there a sprawling trilogy begins, deciding the fate of the galaxy as extrastellar invaders descend. But along the way, Shepard will experience a multitude of moral quandaries and recruit a cast of well-developed teammates, echoing circumstances in our own world. In this future, humanity solved its internal squabbles when they solved space travel, but now that we’re in contact with blue-skinned psychics, scaly mercenaries, and a handful of other alien races, those “us versus them” mentalities rear their ugly heads again.

“…a formula that will stay interesting throughout its 60-100 hours playthroughs.”

These games are an excellent hybrid of genres. The interplay between the RPG engine—picking a class, leveling up skills—and the third-person-shooter gameplay, combined with dialogue options and a rich galaxy to explore, makes a formula that will stay interesting throughout its 60-100 hours playthroughs. Changes between each installment also help keep the system fresh.

But you may not need me to tell you this. After all, it’s been nine years since Shepard’s supposed finale, and everything that made this series so influential is intact. How does the new package perform, though?

In the case of the original Mass Effect, the difference is almost night and day. Mass Effect Legendary Edition has taken the RPG elements and tightened them up, making combat far more accurate and flexible. Its visual overhaul is revolutionary, exposing textures and details for a sense of depth the original lacked. Character creation is no longer a jagged affair and Shepard can look much more authentically human—I recreated my male and female Shepard avatars from the PS3 and was amazed by the difference.

BioWare’s team put the most effort into cleaning up the original and it paid off. I didn’t realize how impairingly variable its gameplay was until I played the Legendary glow-up. Now I can’t go back to the PS3 version.

“Mass Effect Legendary Edition has taken the RPG elements and tightened them up, making combat far more accurate and flexible.”

Mass Effect 2 and 3, being 11 and 9 years old respectively, needed less work, but still benefit immensely from the visual upgrade and gameplay tweaks. The flow between games feels even more natural. There are story reasons to justify why Shepard feels different in each instalment, but the gap has been closed, and the trilogy overall feels more uniform.

I don’t think I can name a series with better expansion chapters, and having these extra bits implemented organically into the larger story makes a big difference—especially in Mass Effect 3. I contend that if you played at launch and never touched its DLC or revised ending, you never truly finished the game. Now it’s all here, sewn together more naturally, without additional paywalls.

I was hard-pressed to think of any qualms with what’s present in Mass Effect Legendary Edition. The biggest problems are what isn’t there, places where the update could have gone even farther, and most boil down to quality-of-life changes or small features now deemed standard.

“Ultimately, the rest of the industry should be taking notes, because this is how updates should be handled.”

A subtle expansion of the romance options allowing more homosexual pairings, particularly between Jack and femShep, would have been nice, as would more style options and the ability to tweak your appearance between games. Carrying your Shepard over is highly recommended, but the only options are to start from scratch or import from a completed game. This was unfortunate as I found my female avatar went a little askew in the transfer process, meaning I had to recreate her in order to fix some imperfections.

The original Mass Effect is still dated in several ways, particularly in its optional missions, where you explore inconsequential planets and raid cookie-cutter bases across the galaxy while your teammates sit silently in the back of the van. Interstellar exploration can still be a chore too. There’s no way to tell if you’ve visited a planet or system already in the first game, and monitoring fuel in the others is tedious.

“Mass Effect Legendary Edition is one of the finest remasters made to-date.”

While I admire BioWare for remaining authentic to the original, all of these little bugbears could have been mitigated with simple tweaks. Fortunately these are small gripes, and you aren’t saddled with them throughout the whole saga.

Ultimately, the rest of the industry should be taking notes, because this is how updates should be handled. Mass Effect Legendary Edition is the best remaster compilation I’ve played since Final Fantasy X/X-2 HD, implementing optional content and a presentation overhaul that tastefully walks the line between modern visuals and classic character. It still feels like Mass Effect, but with all the jank removed.

What’s more, this treatment has been carried out on one of the best game trilogies of all time. There’s no better way to experience Shepard’s journey than back-to-back, as your choices carry weight throughout the saga. By the very end, three games’ worth of character and world development rest on your shoulders as you march to the final battleground. If you put in the time and emotional investment, the story will repay you.

Mass Effect Legendary Edition is one of the finest remasters made to-date. For newcomers and veterans alike, it’s the essential version of a must-play trilogy, honouring its strengths while smoothing out most of its faults.

Mass effect legendary edition is one of the finest remasters made to-date. For newcomers and veterans alike, it's the essential version of a must-play trilogy, honouring its strengths while smoothing out most of its faults.
REVIEW SCORE
9.5
Buy On Amazon
File Under: Bioware, EA Games, Mass Effect