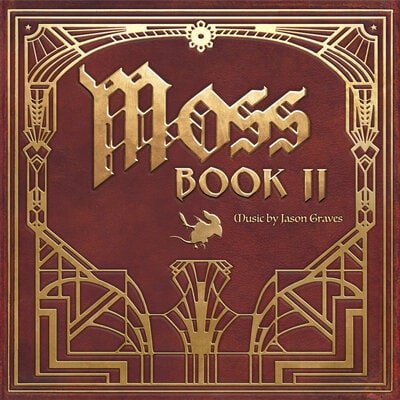 Moss Book II doesn’t just serve as a worthy sequel four years in the making. It proves VR still has plenty of new barriers to break. Players who enjoyed the original 2018 game will get more of what they love from an interactive fairy tale. That feeling of a swashbuckling action puzzler is still preserved. But a good sequel like Book II maximizes Quill’s journey with bigger challenges. New intricately designed levels elevate an already-engaging fantasy adventure. Polyarc crafts a game as long as it’s worth. Even if players might crave more out of a VR story that quits while it’s ahead.

2018’s Moss came at a welcome time for VR. The technology already made an impression as an active platform which got players moving. First person experiences were reinvented with a new level of interaction. Stories turned towards players who could escape to a library’s worth of simulations. Moss somehow evolutionized VR games by going against the status quo. For four hours, a familiar first-person exercise was gone. Moss’ setup simply asks players to grab a chair and use their VR controllers like a DualShock.

By nature, players are overlooking a third-person fantasy game. A young mouse named Quill embarks on a quest to save her kingdom from dark forces. The writing is on the wall for a plain old fairy tale. Except players are “Readers” imbued with godlike powers to aid Quill. As she faces obstacles, Readers juggle between traditional third person action and literally reaching in to help.

Without too many spoilers, Quill’s far from done since the first Moss. Polyarc picks up Book II just seconds after the original for good measure. Players are thrown back in without much of a recap. But it’s important to see the first and second games as a full package.

This unfortunately keeps Moss Book II grounded with familiar elements. In true fantasy fashion, Quill navigates forests, dungeons and smaller-scale versions of Dungeons. Players might not be surprised at Book II’s use of forest friends, knights and taking animals throughout its story. But Polyarc starts to incorporate more original aspects which explain the Reader’s purpose. It’s much-needed lore that ramps Book II up in the second half.

The story lifts off from its grounded approach. Moss Book II incorporates a handful of more new and familiar characters. This still doesn’t take away from Moss’ isolated and claustrophobic gameplay. Its tone also becomes less feel-good. Polyarc deserves credit for making a darker journey that gives Quill more to lose. As these narrative twists helplessly unfold before VR eyes, Moss Book II manages to dodge a clichéd fairy tale. Though kids can still find the sequel to be a hearty PG romp.

Nonetheless, Quill and her Reader (you) keep trudging through a kingdom that has seen better days. Polyarc’s writing continues to take players out of a passive role. I couldn’t help but feel integral to saving a Hyrule-esque world. Quill’s struggles also struck me through lots of trial, error and even head-scratching in Moss Book II’s tougher levels. The journey never felt more complete with a few new gameplay twists which bring Polyarc’s vision home. More importantly, the writing team uses a bombastic conclusion to make up for Moss’ abrupt cliffhanger.

Without VR, Moss Book II feels too derivative of other action-adventures. Players will reminisce about the original God of War trilogy as they push Quill along platforming segments. Moss Book II improves by toning down the amount of endless pits players will accidentally slip through. But there’s an even bigger focus for readers to intervene. As Quill stumbles on gaps, gates or out-of-reach mechanisms, it’s up to players to reach in.

Polyarc clearly had some fun with making players feel like a VR god. Moss Book II benefits from having this focus as a design philosophy. Nearly every meticulously crafted room can’t work without players. From pulling a drawbridge level. To hold key items for Quill and plug them into giant doors. Even high-fiving Quill after a boss fight. Moss Book II immerses players in dozens of mini rooms that are fascinating to explore. Though it’s a seated experience, I still couldn’t resist getting up to peer into every nook and cranny. Players will always feel much bigger than Moss’ fun-sized realms. World-ending stakes and all.

Moss Book II still throws plenty of combat rooms to give players a break from navigational puzzles. Polyarc saves its more unique combat in the second half as players progress. New types, including a mine launching crab, are also used for puzzles. Others like an armoured millipede act as slingshots for enemies and – you guessed it – puzzles.

Fortunately, Moss Book II adds new weapons into Quill’s arsenal. But Polyarc waits a tad too long in the second half to deliver any real evolution over Moss. It’s a shame to spend chunks of the game re-familiarizing. I would have preferred Polyarc to introduce a hammer early on and space out new and old puzzles. My woes washed away with the shurikens.

They’re easily my favourite weapon which gives Quill distance against enemies. Plenty of my favourite puzzles include tossing the shuriken and calling it back. Polyarc creatively uses Quill’s tools at her disposal. From a sword dash to skip long gaps. To the hammer’s remote-mine feature for activating switches from distances. Moss Book II rightly doubles-down on puzzle rooms that flex creative thinking.

“Moss Book II is semi-3D design, but still features a sense of awe over the Quest 2.”

Readers also gain new abilities when intervening. Players can now control nature to help Quill navigate Book II’s forests. Bridges form with the pull of a vine. Scalable tree walls can materialize with a quick trigger pull. Much of these puzzles come as predictable as they can be. Polyarc falls short of using its new tricks for better puzzle variety. While players get some more unique Portal-like challenges near the final act. Boss fights also come with environmental puzzles for players to discover. Moss Book II does these sequences best by forcing players to think while dodging enemy attacks.

Moss Book II is semi-3D design, but still features a sense of awe over the Quest 2. The game runs miles better than its PlayStation VR version. Arguably, Book II feels like it was built for the Meta Quest 2. Rays of light shine through broken castle windows. Unkempt vines wrap around crumbling ruins. Bioluminescent magic surges through dark caves. All of these graphics show an impressive level of scale. Polyarc somehow creates more immersion by adding a ceiling to a bird’s eye view. The Meta Quest 2’s performance stayed smooth from start to finish under Polyarc’s Pixar-esque style.

2018’s Moss felt more like a pilot project for Polyarc. Its collective of ex-Bungie and Rockstar staff held back on their first VR game. Book II comes shy of six hours without rushing. While the sequel is much bigger than Moss with its Twilight Garden DLC combined. Players no longer get a four-hour experience with a cliffhanger. Though it’s worth noting that players will find some favourite levels to replay. Players who actually get up their chairs are rewarded with collectibles.

It might seem unlikely to find anything valuable from smashing pots. But I highly recommend players destroy as many as they can for hidden rewards. Moss Book II finds ways to make exploration fun with cosmetics and other bonuses in replays. For bonus points, Moss Book II features a chapter select to let players jump into their favourite sequences. While -without spoilers – my favourite doesn’t even involve Quill since Book II takes a few narrative twists when things start to go stale.

Polyarc doesn’t exactly use Moss Book II to further bridge the gaps between first and third person gameplay. Imagine Astrobot: Rescue Mission as a longer and deeper narrative-driven epic. In fact, the sequel shows off VR’s most creatively designed video game levels I have ever seen. Polyarc still takes full advantage of the Meta Quest 2 to deliver a special VR trip from start to finish.

Moss Book II by Polyarc draws too much on familiar tropes to stand out, but further showcases some of VR's most creative levels masked with an immersive fantasy adventure Quest 2 players don't want to miss out on.
REVIEW SCORE
8
File Under: Meta Quest, VR