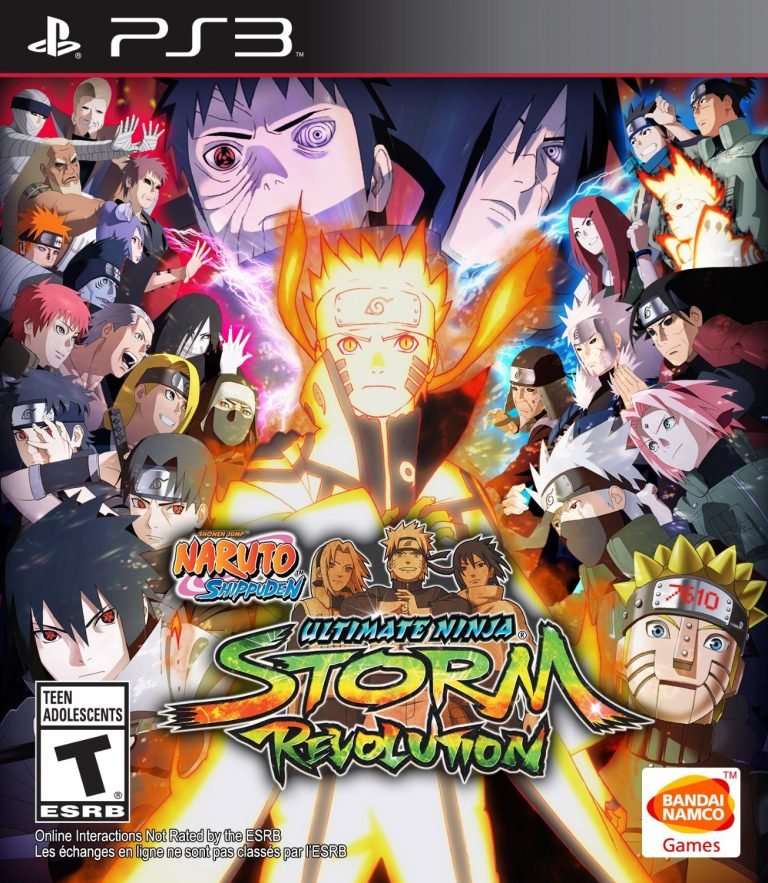 Naruto and his gang of ninja pals and rivals have been kicking each other around for 16 years, and now have over 500 episodes weighing down heavily on DVD/BD shelves (or sitting in Crunchyroll queues) around the world. It’s hard to argue that it’s one of the longer running and more popular series with mainstream audiences, right up there with Sailor Moon in terms of recognisability while classics like Akira and Neon Genesis Evangelion remain firmly in the realm of anime connoisseurs. With a series this popular, it’s no surprise that there’s a long lineage of videogames to get some of that precious fan money, and the latest entry in the Ultimate Ninja series takes players once again into the world of Naruto, this time to learn a little bit more about his enemies, friends and… mechanized self.

Everyone’s Got A Story

The Naruto Shippuden series has had a long and complicated plot that would take too long to summarize here, suffice to say that it’s about a bunch of young good ninjas fighting a similar bunch of bad ninjas using over the top martial arts techniques. Storm Revolution is aimed squarely at people with intimate familiarity with the series. Don’t expect any kind of introductions, primers, or even “the story so far” summations, Storm Revolution assumes you’re all caught up with the series and just gets on with it. Having said that, Storm Revolution appeals to fans by giving them new storylines to experience, with brand new original animation.

For some, the prospect of a new Naruto “episode” might just justify the cost of purchase right there, especially since the stories are about the formation of the evil ninja group Akatsuki, a Shisui and Itachi tale, and a new character, “Mecha Naruto,” made just for the game. Again, it would take way too long to explain the exact details of the Akatsuki group, or the Uchiha clan, and the game doesn’t bother to spoon feed anything. Either you understand the significance of these new “episodes” or you don’t.

On the technical side, this is a competent graphical effort. It utilizes cel shading to give the game a more anime appearance, and while it largely works, it’s not as polished as the efforts of Level5 with Ni No Kuni, where it was easy to forget sometimes that the onscreen graphics weren’t part of a Studio Ghibli movie. It mostly looks like anime until certain movements at certain camera angles betray the 3D, polygonal nature of the characters. On the audio side however, there’s no complaints. Unlike many of their other Japanese imports, Bamco has actually spent some money on English dubbing for Western fans, though purists can still switch over to the original Japanese language with subtitles if they wish.

The main game is all about fighting. This isn’t the locked on planes, 2D battling of Street Fighter or Mortal Kombat however, it’s free roaming, circular arena combat. There are jumps, guards and of course super moves in the form of Jutsus, as well as a team component, where combatants pair up, with the partner acting as a support character to spice up attacks. This is a distinct style of fighting with its own rhythms and nuances, and the characters feel different from each other in terms of combat utility. Of course, they don’t all feel distinct from each other, since there are 100+ characters in the full roster of fighters once they’re all unlocked, but most people will be selecting from a pool of a few favourites anyway, not trying to master each and every fighter available.

The game is broken down into four modes; “Ninja Escapades,” contains the new stories, with fixed characters and battles. “Ninja Tournament,” is heart of the game, where a character of your choice battles to the top in a traditional fighting game tournament with a hub world to explore, side missions, and various items to upgrade your character. “Online Battle,” takes the fight to the Internet and “Free Battle” is for setting up fights with any conditions and characters you like, or simply to practice.

While the fighting is not as refined or finely tuned as the elder statesmen of the genre, like Streetfighter, there’s a reasonable amount of depth to the combat and customization. The tournament mode has an RPG-lite feel, with a sense of progression, and of course, fighting with opponents either online or locally extends the lifespan of the game considerably.

The most serious flaw of the game—if it can be called such—is the complete lack of interest in trying to engage new players. While an argument can be made about trying to summarize hundreds of episodes, Storm Revolution also assumes players are familiar with the mechanics of past Naruto games, and doesn’t introduce or explain its combat systems. Even Tales of Xillia 2, also by Bamco, at least took the time provide some basic story summaries, and, more importantly, provide tutorials for all the play mechanics—both old and new—that made up the game.

Ultimate Ninja Storm Revolution is made for one audience, and one audience alone, and that is fans of past Naruto games. If you belong to this group, there’s probably little point in reading this review, since you’ve already bought your copy. For people that aren’t familiar with the past Naruto games, or the franchise itself, who are wondering if this might be a fun introduction to the series, it isn’t. Storm Revolution, while substantial, has no patience for newbies and would prefer that you stay away.

Naruto is back and in Naruto Shippuden: Ultimate Ninja Storm Revolution with an immense cast and even more baffling references for the uninitiated.
REVIEW SCORE
7
File Under: Anime, Bandai Namco, fighting game, Naruto, PC, PlayStation, Xbox