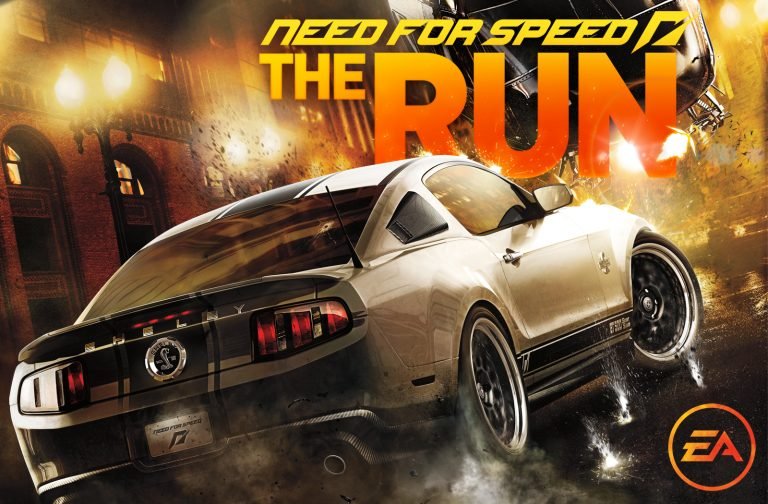 If you have ever wanted to jump behind the wheel of an expensive car, drive cross-country, and race against the best drivers in the world for a shot at millions, then on paper Need for Speed: The Run sounds like the perfect game for you. Regrettably, this is not the case. The game feels horribly inconsistent, and the overall racing experience suffers from it. There are some great set-piece moments, but these are too few and far between. Combine that with a lackluster story, bad driving control, and limited multiplayer, and the overall package feels rushed.

The storyline for the game has you taking the role of a driver by the name of Jack. He is on the run from the mob, and is given the opportunity to have this problem dealt with along with gaining a rather large sum of money if he wins a race (The Run). The race starts in San Francisco, and takes the player though Vegas, Chicago and lots of country roads and highways in-between as you beat 200 racers and make your way to New York. The game is not a long race but rather a series of events spaced over 10 stages. These events range from beating out opponents to making up time. Although these all work, there is little variety to the overall experience. There s some artificial tension created by story beats such as almost getting arrested or being shot at, but these add little to gameplay and feel tacked on as an afterthought.

The segments out of the car do not assist in creating a fun driving experience. These act as little more then cutscenes with button prompts, and add very little to the story, serving instead as a way to break up the action of the racing. The biggest problem here is if you buy a Need for Speed game, you are in the game for the racing and the fast cars. By taking you away from this with strange quick-time events, it takes the player away from what makes a racing game fun. However, these sequences help explain how Jack is getting new cars: after he runs away from the respective pursuers he comes across a series of cars and gets to pick up a new ride. But in practice, this could have all been done much more elegantly. Here, it just feels clunky.

The cars in the game are broken up into tiers (like many racing games) which keeps similar power and spec vehicles together. Although the game also goes so far as to tell the player what cars are easy to control and what cars are hard, in personal experience this makes little to no difference. All the cars in the game control rather badly, and the easy ones are just marginally easier. I found myself choosing the most powerful car every time, and manually compensating for the problems in handling. Dodging cars as you drive down the road felt awkward and often resulted in unnecessary crashes. Also, the corners felt sloppy even with the easy cars and this resulted in a need to be almost stopped before making any hair-pin turns. Some set-piece moments suffered from this bad handling, especially when you need to avoid obstacles, making some sequences almost unplayable. If not for luck, many of the stages would have to be retried countless times

The overall length of the game is another disappointing aspect. The game will take most players around 2-3 hours (took me around three on hard difficulty). This does not include load times, and these load-times can be very long, so overall time with the game in the console may be longer but it is still an afternoon of gaming rather than a lengthy experience. There are some stunning vistas and landscapes in the game that may require some visits to get the full extent, along with every unlockable tracks and bonuses. For the average gamer, after about a day or two of playing they will have experienced all there is, and will be ready for another, more polished racing experience.

The set-piece moments in the game are what really set it apart from other racing games. Utilizing the Frostbite 2 engine, the game creates some magnificent moments. The most notable is the race in the Rocky Mountains as dynamite explodes, setting off rockslides and avalanches. Snow and rocks come crashing down on the road as you and your opponent drive to win the race. Particle effects and some great moments of you just escaping as piles of snow barrel at you feel satisfying. It is sad that these moments were not more numerous, as it would have made the overall experience much more exciting and less a test of patience.

The multiplayer suffers from many of the same problems as the single player. With bad car handling and some overly boring stages, adding seven other people to the mix adds little to the overall experience. The re-spawn system seems a little broken, giving advantages to be taken by the person who gets the faster reset. With the control issues and some really horrible off-road mechanics, many people online will find these modes a trial rather than fun.

Need for Speed: The Run feels like a prime example of how a great idea can be executed poorly. There are some amazing ideas at play within the game, but for whatever reason they are executed in a bad way. The new engine feels like it has potential but also does not seem like it has been tweaked enough to function as a proper racing game. The story does little to add to the overall experience, and the sequences outside the car feel tacked on and completely unnecessary. Overall. this is a game for the person that needs a new car game every year.

For everyone else, play last year’s Need for Speed: Hot Pursuit. You will be much happier, and will have hours of enjoyment at a fraction of the cost.

Need for Speed: The Run feels like a prime example of how a great idea can be executed poorly.
REVIEW SCORE
6
File Under: Xbox