Ori and the Blind Forest (XBOX One) Review 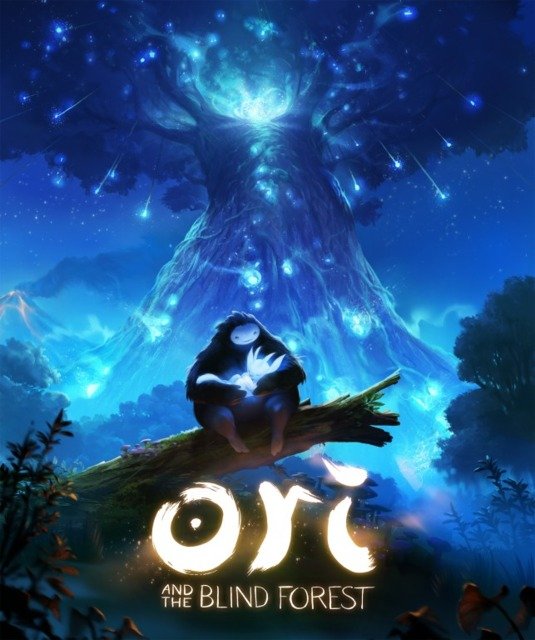 Ori and the Blind Forest has been garnering adoration and praise since its showing at this past E3, and with good reason. The beautiful, almost painted graphics and familiar looking side-scrolling game play can’t help but tug on the heart strings of most nostalgic gamers. Finally out, Ori wears its influences on its proverbial sleeves, but does so magnificently.

If the classic Legend of Zelda and Metroid came together for a sordid evening of fun, the results—some months later—would be Ori and the Blind Forest. Make no mistake, this is the quintessential Metroid-style game. From a purely mechanical standpoint, Ori doesn’t really attempt to be anything more. The enormous map follows the structure of classic Metroid to the letter.

The brilliant thing about Metroid and its many, many clones is how its map is a thing ripe with potential. You know, early on, that any area you can’t immediately reach will be disclosed in time with the right new power. There’s a great and almost unique sense of anticipation in such games, where players can’t wait to see how the next new ability will allow them to explore. In Ori, the majority of these abilities have to do with jumping.

Indeed, if you hate jumping puzzles—especially ones obsessed with perfect timing and high challenge—Ori might make you throw your controller through the TV in rage. The game is really hard as it turns out; blister-inducing, sore thumbs hard. About a third of the way through the game, for instance, there’s a flood sequence where the player must continually leap out of range of the rising waters and it’s a maddeningly unforgiving event that gets eclipsed by a whole stream of other crazy jump sequences through the rest of the game.

This isn’t terribly unusual of course. Guacamelee certainly had its share of rage-inducing segments and both games succeed because they require you to develop the skill to overcome these challenges. So, while Ori is unforgiving, it isn’t cheap about its progression. The ability to chain moves together is key—double jump, stomp, glide, and other abilities must all be used in tandem to reach new areas. By the end of the game, you’ll need to become a master at combining abilities to get through.

Where Ori and the Blind Forest uses the Metroid template to define its game play style, the ambiance more than slightly resembles of classic Zelda. Take the first quarter of the game, where the goal is to find and rid a huge spiritual tree of a terrible (and very spikey) infection of evil within it. Sound familiar? Yet, none of this nostalgic homage negatively affects the game.

As Ori, a strange cross between a rabbit and a monkey, it’s your job to cleanse the forest of the evil presence of a giant owl who hates the light. The owl stole the forest’s magical source of light, causing everything to die and only Ori can restore the life and light.

Story is one area where the game really surprises. The first ten minutes are amazingly (and unexpectedly) tragic and there’s a somber atmosphere to the game as a whole. Where Ori’s inspirations were fixated almost solely on game play—with just enough story to tie the map together—the narrative flow is a part of the overall presentation here. It’s well done, lovely, and surprisingly mature.

The save game function is also unexpected. Ori lets players save at almost any time, which, in turn, forces players to remember to actually save.  So, getting through a long, arduous sequence only to die because a creature suddenly jumped on Ori can lead to explosions of self-loathing if you forgot to save in time.

Since Ori is a flagship example of Microsoft’s partnering with more indie development houses, there’s a significant focus on presentation. The forest world is stunning, but not overly flashy. It looks and feels like a natural and logical setting. Character and landscape animations are superb, enemy designs range from gleefully creative to familiar, and the game looks like an interactive animated movie.

The soundtrack is equally as impressive. The score is powerful and subtle in appropriate measure and the ambient surround sound is immersive. The game speaks its own language and ends up feeling like an ancient legend or myth.

Even at its most blisteringly hard and frustrating, Ori and the Blind Forest always feels worth playing. It’s a game that will keep you up late into the night to search out just one more area. There’s always something else to explore, some new power-up to reach, and another challenge to conquer. This is a beautiful, surprisingly poignant, and simply well-designed take on a familiar genre. As an Xbox One (and PC) exclusive, it’s also exactly the sort of high quality game the system needs.

Even at its most blisteringly hard and frustrating, Ori and the Blind Forest always feels worth playing. It’s a game that will keep you up late into the night to search out just one more area.
REVIEW SCORE
9
File Under: