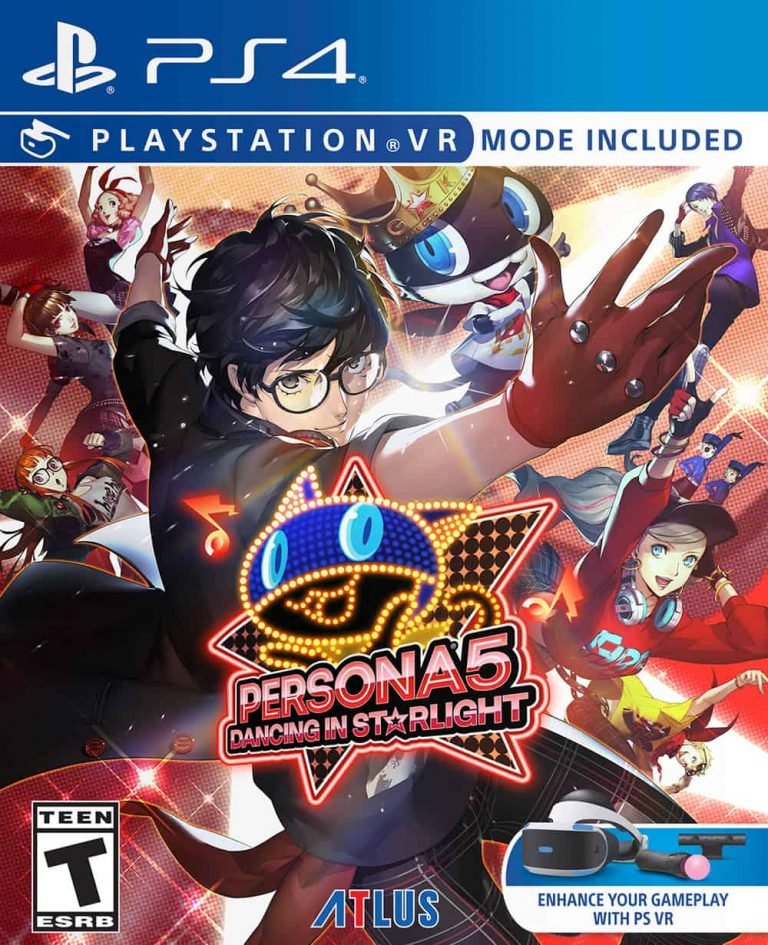 Coming out just a little over a year after the original game, Persona 5: Dancing in Starlight feels like it’s been rushed out to strike while the iron is hot rather than Atlus waiting for the pieces to fall into place.

Compared to its companion game, Persona 3: Dancing in Moonlight and the game that started the series’ rhythm-based spin-offs, Persona 4: Dancing All Night, the Phantom Thieves’ time on the dancefloor feels strained, as it doesn’t have the wealth of music to pull from. While Persona 3 and 4 have had spin-offs, remakes, and anime, each bringing new music along with it, as of Dancing in Starlight’s original Japanese launch in May, all Persona 5 had was the original game. In the months that followed, the game was adapted into an anime that features several new vocal tracks that aren’t accounted for in Dancing in Starlight’s on-disc setlist, and the new 3DS dungeon crawler Persona Q2: New Cinema Labyrinth is launching in a matter of days.

That’s not to say that Dancing in Starlight doesn’t deliver a fun, flashy, and danceable collection of ear candy with what it has, but when several songs are repeated and remixed, and characters like Ryuji Sakamoto and Yusuke Kitagawa are relegated to untouched instrumental tracks, it’s hard not to wonder what the game would have looked like had Persona 5 and all its associated media been given time to bolster a stronger soundtrack. That lack of notable music and remixes makes Dancing in Starlight the least re-playable of all three games, and with the exception of handful of standouts, very few songs have stuck with me in the way 3 and 4’s dancing games have.

All that being said, Dancing in Starlight still manages to capture the loving camaraderie Persona is known for, even against the absurdity of its premise. Unlike Persona 4: Dancing All Night, both Starlight and Moonlight feature their respective parties being transported to Club Velvet, a dance club that takes place entirely within their dreams. Rather than contrive a reason for the characters to dance, Starlight and Moonlight are fairly upfront about the fact that they don’t really have a reason behind the shift from fighting demons to dancing to extremely good j-pop music. Why are the Phantom Thieves suddenly skilled dancers? It’s a dream. Why does nobody talk about their dancing antics at any other point in the series? They forgot about it because it was a dream. There’s something freeing about this transparency that none of this matters and to just go with it, but the lack of a real story mode like Dancing All Night had deprives these characters of some of the growth that came with it. Story mode is instead replaced by social events, which are essentially additional social link scenes from the main games. Each character has something resembling an arc, but again the whole dream scenario renders them meaningless. It makes Dancing in Starlight feel like a side story rather than anything substantial, but it’s hard to not get caught up in it all when these characters are as strong as they are. The Phantom Thieves and their friendship and support of one another is what sells the infectious dance party they’ve been dragged into.

While the music doesn’t hold a candle to its Persona 3 and 4 equivalents, Dancing in Starlight is still just as fun and joyous as its prequels’ contemporaries. The Persona dancing games are challenging, but accessible, easing you into its rhythmic logic with four difficulty levels and unlockable buffs and debuffs to help you adjust the difficulty to your liking, such as additional tries, adjusting note speed, or even just preventing failure altogether. It’s frantic and incredibly addictive, and the way it crafts each song and dance around the character performing it made it all the more fun for me as a Persona fan. Ryuji’s dancing is chaotic and unorganized, but it fits with his delinquent personality. Haru is elegant and disciplined, and Ren is stylish to signify his status as the leader of the Phantom Thieves. Starlight is a treat for anyone who loves Persona 5 and the characters found therein, simply because of how well it captures that group of teens and their relationships.

It’s that same clear care to portraying the Phantom Thieves that makes Dancing in Starlight’s lackluster soundtrack all the more disappointing. Listening to songs from Persona 5 The Animation and wishing they’d been given their rightful place alongside some of these great remixes and taken the place of the filler makes what Dancing in Starlight has feel more half-baked than it probably should. It’s just as lovingly crafted as Persona 3 and 4’s dancing games, but it’s crippled by a lack of memorable music that elevates the other Persona rhythm games to something beyond obligatory.

Dancing in Starlight pays a loving tribute to Persona 5, but without a stronger setlist it doesn’t stand alongside its fellow rhythm game spin-offs.
REVIEW SCORE
6
File Under: Atlus, Persona