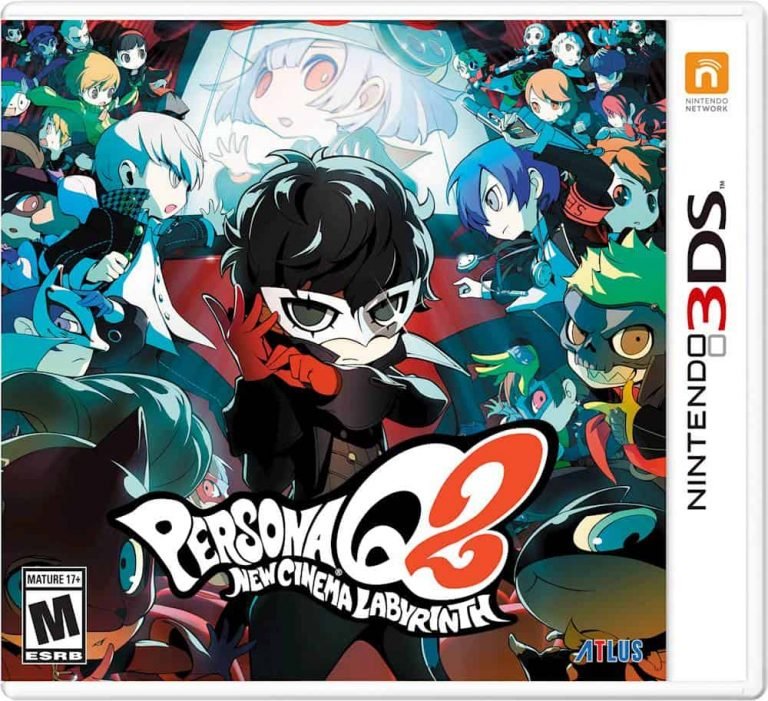 Mainline Persona games go to great lengths to establish the rules of their various supernatural worlds and the real world politics and philosophy that informs them. With Persona Q2: New Cinema Labyrinth, the ways in which the series bends and breaks its own rules in order to concoct a fanservice-driven experience is starting to grow tiresome. I adore the Persona games and all the characters found therein are some of my favourites in video games, but I think after so many years of crossovers and spin-offs, I’m finally at the point where I’d rather not see Atlus continuing to distort its own games to bring them all together.

Unlike the original Persona Q, which let you choose between playing as the Persona 3 or Persona 4 protagonist and experience the big crossover game from the perspective of either character, Persona Q2 is primarily focused on Persona 5’s Phantom Thieves, setting you in the shoes of their leader Joker. During a seemingly routine trip to Momentos, the team finds themselves in a mysterious movie theatre with a sealed entrance, two mysterious attendants, and the ability to enter the movies playing and alter their outcomes. Each movie is a dungeon, with multiple traps to evade, shadows to fight, and labyrinths to navigate. As the Phantom Thieves progress through each movie, they meet new Persona users from Persona 4’s Investigation Team and Persona 3’s S.E.E.S., amassing a huge roster of party members, with hundreds of possible combinations.

It’s a Persona fan’s dream to have so many beloved characters together in one game, but I don’t think most of these characters get through Persona Q2 unscathed. With so many people with huge personalities gathered in one place, it’s impossible for them all to get their due. There are a few standout interactions, but overall three groups of nuanced and interesting characters are reduced down to their barest of essential characteristics. There’s not a great deal of development, at least not for the characters I was there to see. My investment was stretched thin by the contrived setup. The gap in chronology between each game means that Q2 has to exist in an ambiguous timeframe for all the characters but taking place in definitive points per each game. Characters who died are still alive and appearing as they did in their respective games, and making this miracle happen means a ton of handwave antics have to be put in place. Persona, in spite of its supernatural premise, usually manages to ground its stories in its world in a way that’s consistent, but that goes out the door when it comes to bringing all these characters together in Persona Q2. The Persona 4 Arena games stick out to me as an outlier on this, as it didn’t involve keeping all these characters around the same age, and acted as an actual progression of these characters’ stories instead of trying to equalize them in a new setting. The series is clearly capable of creating meaningful crossover games, allowing these characters to have a substantial impact on each other’s lives, but Persona Q2 takes on too much at once and can’t make it all fit without making the main story feel toss away.

It’s a shame the setting doesn’t hold up, because Q2 has some of the most rewarding and compelling dungeon design. Each dungeon is based off the movies in the theatre, which are all parodies of popular genres and series like superhero movies and Jurassic Park. But despite the wide range of settings, they each carry a similar setup and navigation sense. There’s a language to be learned for making your way through each movie, and much of it is learned through the manual map maintenance. While you explore each dungeon, Q2 requires you to add markings, labels and even draw out enemy patrol paths. On paper, that sounds like a tedious, but I found this to be one of my favourite parts of both the original game and Q2. Progression through a dungeon meant I was constantly marking routes, solutions, and enemies as I attempted to reach the end of any given floor. There’s a sense of personality found in a person’s Q2 map. It can be as meticulous or as bare as the individual needs it to be, and I found myself constantly drawing and labelling every detail I came across, making it easier to backtrack as I needed to and to find my way back to an objective. It’s a strange thing to say that my favourite part of a Persona game had nothing to do with the characters or the battle system, but in a setting and story that felt less inspired and thought-provoking, I found solace in how much I enjoyed documenting my journey through each movie on the tiles of the 3DS’ touch screen.

As for Q2’s battle system, it’s essentially identical to the original game, which took some notable changes from the mainline games. Instead of a turn-based system, the Persona Q games use a round-based system that makes things more challenging. Commands are given to each party member in bulk at the beginning of a round, flipping old tactics on their head, requiring calculated setups and ability combinations to be set in motion, all in hopes that characters aren’t knocked out before they can be executed. There’s another layer of strategy in Q2, which is one of the aspects where its large cast and the combinations of party members work in its favour. By the end of the game, I was using a mix of characters from all three games, and it allowed me to cover all my bases for any enemies I came across. Other additions, such as allowing each character to have a secondary Persona, which gave them access to abilities they couldn’t acquire naturally, allowed me to make parties made up entirely of my favourite characters. In most cases, Ryuji from Persona 5, Kanji from Persona 4, and Akihiko from Persona 3 wouldn’t make much sense strategically given their similar movesets, but adding secondary ability sets gave me the freedom to play with characters I wanted without undermining myself in the process.

One final note, if you’re a person who plays the Persona games dubbed, it’s worth knowing that Persona Q2 has no English audio. It’s a shame, as I feel the English cast of all of these games has been excellent in every dubbed game, but whether it was a budgetary concern or coordinating over 30 actors for one project, there are only Japanese voices. I personally ended up muting them, as I was able to follow the text more easily without the voice in my ear, but if you were hoping to hear the English voices again, you’ll likely be disappointed to know they weren’t brought back. In spite of my criticism of Q2, I’m don’t want Atlus to shy away from these crossover games and spin-offs that exist outside each Persona game’s initial field of view, I just would rather see the company not stretch so far to make them happen. Seeing characters and worlds we’ve come to know and love pushed to new stories and settings, often with some fun new mechanics to boot, is always a joy. Even when I was rolling my eyes at the contrived stories of the Dancing games or Q2, it’s hard not to smile when I see my favourite characters in the same room, interacting with the same charm, however brief and fleeting it may be. I just wish Atlus would start using these games to tell meaningful stories instead of fanservice it will write away before the game is over. These characters deserve better.

Persona Q2’s has a lot of fun dungeon crawling to offer, but doesn’t make the most of its great cast’s time together.
REVIEW SCORE
7
File Under: Atlus, Persona