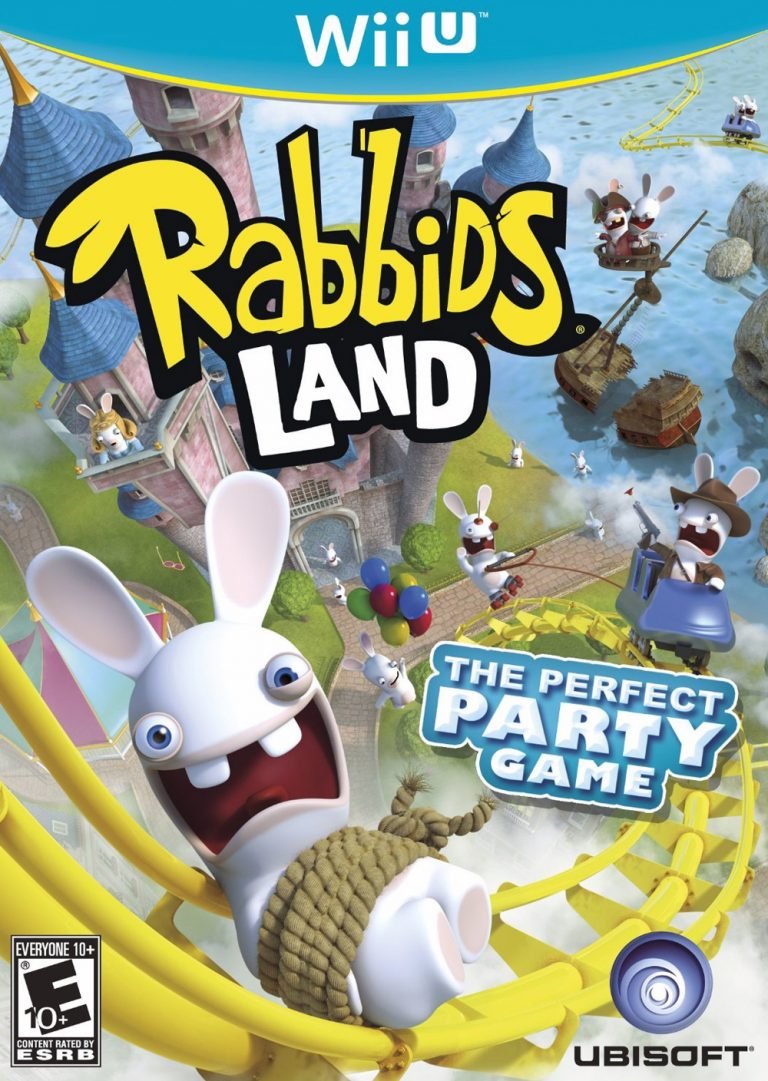 The Rabbids are back and participated in the Wii U launch!

Rabbids Land is the newest addition to Ubisoft’s Raving Rabbids lineup. Released for the launch of the Wii U, Rabbids Land is one of the first party games to be released for Nintendo’s next gen console. The Rabbids invade an amusement park to play a board game. Games can only be played with four Rabbids, which is any mixture of human or AI competitors. Those familiar with the Rabbids series will be accustomed to the mini-game structure. The Wii U gamepad is responsive and well integrated into Rabbids Land, being used for functions like rolling the dice, to more complicated actions in the mini games. Minor irritants in Rabbids Land include: sharing a Wii mote, waiting on computer players and having to play mini-games before they can be unlocked in free play mode. Players will have to play through a few full games in order to unlock all the mini games. The game board is small but has a variety of events spaces to land on like trivia, gift and jackpot spots. Rabbids Land is exactly what you would expect from a Rabbids board game and it will easily fit in on the shelf next to any other Rabbid game.

Rabbids Land is exactly what you would expect from a Rabbids board game and it will easily fit in on the shelf next to any other Rabbid game.
REVIEW SCORE
7
File Under: Nintendo Wii U