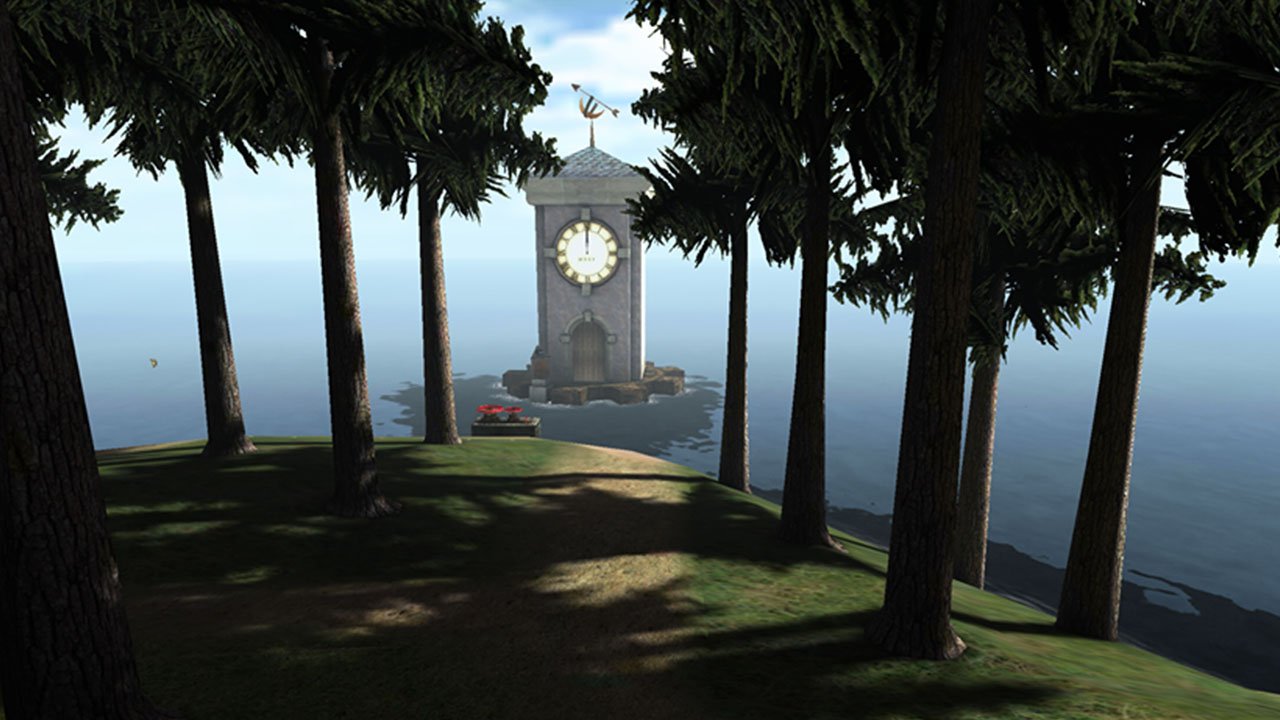 When looking back throughout the history of video games as a medium, it’s hard to find a title that’s as influential as Myst. Since its release in 1993 Myst has quietly become one of the most important titles in the industry. Its influence is still felt today in titles like Firewatch and The Witness, and it’s even credited for driving CD ROM sales in the early part of that decade. Blending story with simple gameplay, and challenging puzzles, it makes sense that this title made its way across so many platforms. Admittedly, some of the mystique of Myst has been lost over the years with so many ports, but it always causes that discussion among fans and insiders alike about how important Myst is. And that’s why I’m so surprised we’re only now getting a port to Android in the form of realMyst (a build off the 2000 update of a similar name) considering how simple the core concept of the game is.

For those unfamiliar with the idea of the game, realMyst puts players in the shoes of “The Stranger”. He arrives on an island knowing next to nothing with only subtle puzzles to help him push forward . As a reward for solving the puzzle, players get pages that actually play video, which gives a little more incite to the point of the island. The original concept of the game took the form of a point and click based adventure, and compared to many other titles at the time, it holds up well.

That’s sort of what realMyst adopted, but in many ways, the mobile platform interface created a more free flow style for better or worse. To move, players tap and hold the screen. Double tapping makes the player run faster, two fingers holding the screen at the same time causes him to back up, and all interactions are either a touch or swipe. While it’s a novel control scheme that’s simple enough to get the hang of, it’s definitely more welcome on a tablet rather than a smartphone as your hand can take up a lot of the screen on the later.  I also noticed the Stranger would move on his own sometimes, even getting himself stuck in corners, or almost making me lose my sense of direction all together. There were also some issues when it came time to interacting with the environment, especially portions of the game that required an up and down swipe to interact and exit.  That was really frustrating early on in realMyst when I was getting used to the game’s feel. During that time, I found myself constantly overshooting areas and constantly having to readjust my character to get in proper position to solve puzzles, climb ladders, and do many simple tasks.

Eventually however, the character’s movements make sense, and all the pieces for a mostly smooth gaming experience fall into place. But for those uninterested in getting accustomed to a different play style blutooth controller support is available. Even with those issues I encountered, realMyst is as polished as I can expect for what it is and the platform it’s on. Visually, the game’s textures aren’t offensive, but they’re a far cry from great, or even memorable, and the sound quality in many areas seems dated. That isn’t to take a shot at the score by Robyn Miller, which is still as haunting as it’s ever been, it just feels like the game that came out 17 years ago. That makes sense considering this version of the game is based off the 2000 update—which featured a fully 3D island. Essentially, what players get is an early 2000s game, but with the added ability to use touch controls.

And that’s actually more than welcome. The original game is built strong enough that even when I encountered small technical issues, I wanted to play more. Puzzles are challenging and sometimes difficult, which causes a lingering feeling of slight confusion mixed with genuine intrigue to learn more about the world. And while the original game released the same year I was born, I’d argue that’s what gives Myst its status as a game changer in the industry. Myst is still generally regarded as one of the best examples for the “games as art” argument, and realMyst is a very faithful port.

With that in mind, I guess it was only a matter of time before a title as big as Myst would make its way to portable devices. That doesn’t necessarily excuse many of the usual technical issues on the platform that plague realMyst, but even with those, it’s hard to pass up a chance to play the game again. In spite of everything realMyst manages to be a decent enough title worth of your time, even if it didn’t quite make Android it’s home.

realMyst is a faithful take of an absolute classic.