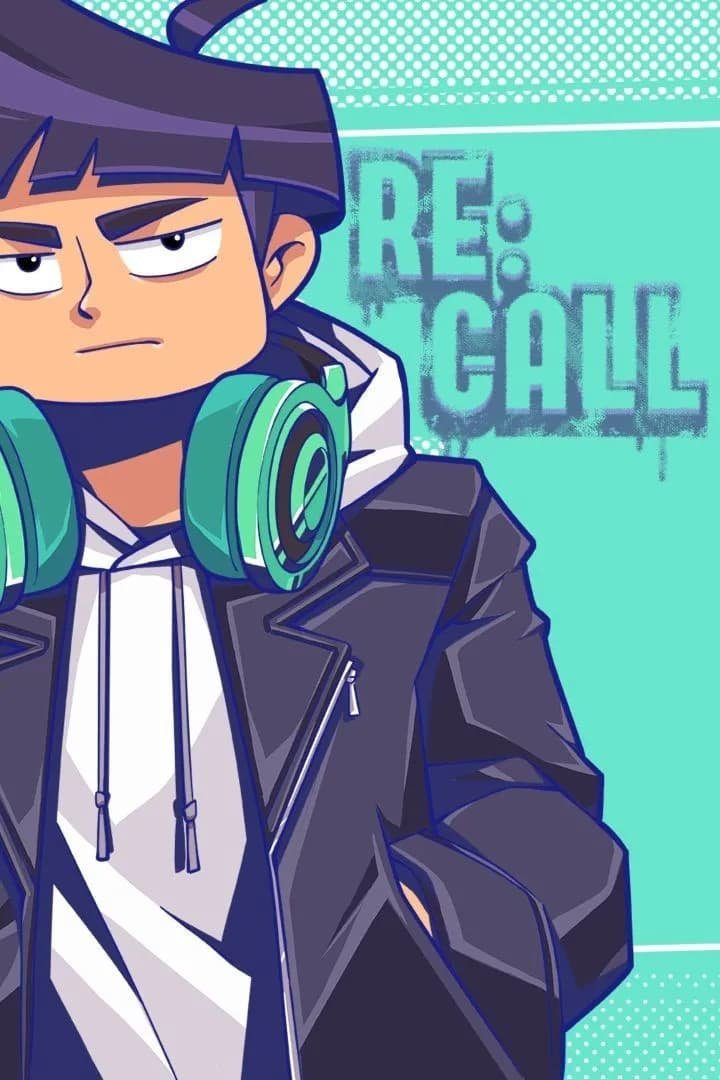 With pixel art, you can craft a masterpiece mystery told through interesting character design and an in-depth plotline that drives the player forward with just the notion of simply finding out more. This is where RE:CALL attempts to gain a foothold with a tidy in-depth narrative that borders on sci-fi while delivering a ‘whodunnit’ style of murder mystery that draws the player in with simple gameplay. But RE:CALL demands the player stay for the conclusion.

RE:CALL throws the player into its winding narrative immediately and introduces us to one of the main players in its plot, Dominik, who checks all the boxes of a 1990s badass character. The pixel artwork employed by maitan69 gives the simply designed characters a huge amount of depth with their initial design.

Dominik is completely decked out with a cigarette dangling from his mouth and slicked back jet black hair, and a leather jacket that screams hostility, although Henry Winkler’s Fonz from Happy Days can immediately take the imposing person’s place. That’s the magic behind the simple artwork used well here, characters are seeping in detail that allows the player to assume the rest of their personality, a fun concept that works to significant effect.

But, back to the narrative, Dominik seemingly has a supernatural power that allows him to RE:CALL (the game title makes sense!) different scenarios that change the present in ways that benefit or detriment the player, akin to the anime Erased, but with a more lighthearted feel. Without spoiling the narrative at all, which is the title’s best feature, this RE:CALL gameplay constantly breaks the fourth wall, and characters constantly comment on it to hilarious effect, with the effects changing things ranging from HUGE to character creation or small to how long a character waited in the past.

After the brief introduction, the player is pushed through a smaller RE:CALL-type puzzle that is trial and error to a tee. The gameplay ends up being copy and paste, then see the outcome as it unfolds type of experience. When I achieved victory on certain puzzles, it felt like the reward for making it through was more narrative, and I certainly wasn’t complaining about the narrative rewards.

Through the very serious subject matter of solving a murder, RE:CALL relies on the charm, good writing, and character tropes to keep the player entertained throughout the plot without becoming too serious, which is its greatest strength. The sidekick that ends up becoming CREATED due to the RE:CALL effect, Harry Ocean, by another protagonist Bruno Gallagher, has some hilarious conversations based around his ‘sudden appearance’ that are genuinely funny.

“RE:CALL relies on the charm, good writing, and character tropes to keep the player entertained throughout the plot without becoming too serious…”

But where RE:CALL shines, there are also some deficits in its design. There are basically only a couple of functions in the game, the action button and choosing decisions to witness different outcomes with a trial and error. When restarting your save from the middle of a chapter, the player MUST RESTART the chapter and listen to all the information received already all over again, which can become incredibly tiresome when you just want to restart from where you left off. This only happens when backing out of the game entirely, but it does become tedious to jump back into a game that has a chapter-select for when you want to restart a chapter.

The gameplay is incredibly simple but somehow doesn’t become stale, considering there are many characters that have their own personalities and fit the narrative without becoming too cumbersome. RE:CALL’s sound is admittedly lacking, though, as there’s not much in the way of background music during puzzle segments which doesn’t do anything for gameplay purposes. But, during RE:CALL sequences, there is a good usage of throwback VHS-looking lines and sepia that hearken back to composite video cables being slightly loose, which is an excellent touch.

RE:CALL is a solid mystery title that grabs the player and demands they stay put until its seven-chapter finale hits, with memorable characters, artwork, and excellent writing. However, the relatively simple gameplay mechanics and forgettable sound choices hold it from reaching the next level. While the title is relatively short, the well-paced narrative is solid comfort food when the video game landscape is littered with open-world titles, especially for those who just need to scratch that little murder mystery itch.

RE:CALL is an easy-to-recommend puzzle mystery title for those looking for a small adventure with a strong narrative focus.
REVIEW SCORE
7.5
File Under: Puzzle, RE:CALL, Whitethorn Games