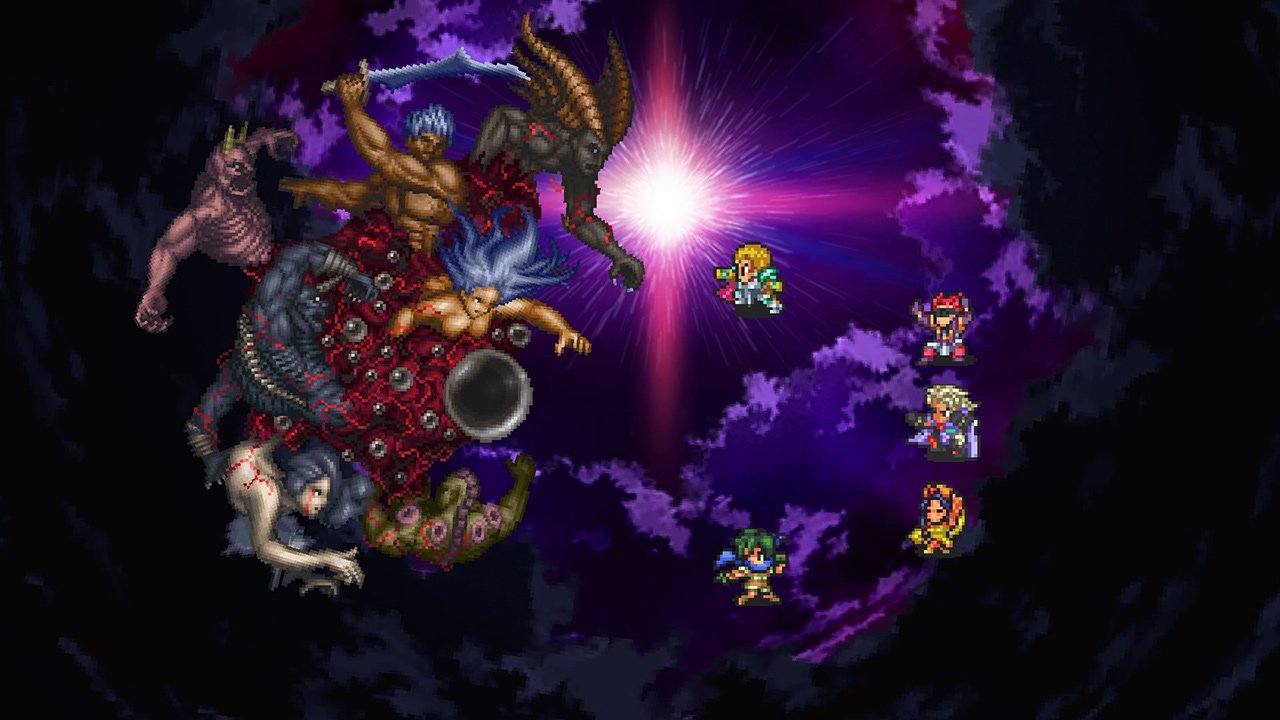 I never would’ve imagined that at the tail end of a spectacular year for video games, Square Enix would think to themselves, “Nope—we can’t let Xenoblade Chronicles 2 be the only RPG ending in the number two to release this December. What’s that over there in the archive? An updated port of a twenty-five-year-old Super Famicom game? Sold!” Following its tepid mobile debut last year, Romancing SaGa 2 bursts back onto the scene as a new release for just about every console under the sun. Given that this is likely to be many Western players’ first exposure to the game (and even to the eccentric SaGa series in general, given its lengthy hibernation), Romancing SaGa 2 is all but certain to alienate those unaccustomed to its freeform weirdness.

Romancing SaGa 2 is the result of considerable innovation coupled with director Akitoshi Kawazu’s bold desire to break the RPG mould of the 16-bit era. Its threadbare story is not about any one person; instead, the central “character” is not a character at all. It’s an entire empire. Told over the course of generations, Romancing SaGa 2‘s story puts the player in control of an entire line of emperors and empresses whose only connection to one another is the combat training they pass on through “inheritance magic” when they die. By daring to widen its lens to encapsulate an entire world, the game succeeds in creating an experience like no other—at the time of its original release in 1995, that is.

To say that Romancing SaGa 2 has a minimalist approach to storytelling is putting it lightly. Rarely are more than one or two lines of dialogue given to describe any event; characters live and die at a breakneck pace, while years or even decades pass after every brief scenario. There’s no time to get attached to any one person or plot thread. Romancing SaGa 2 is less about being told a story than it is writing a story. The player is the one who decides where to go and when, not the game designers. Their only objective is to defeat the evil “Seven Heroes” and expand the Avalonian Empire to its fullest. This is incredibly freeing, but for players who appreciate a little more direction (like me), it can also be vexing. What’s the safest way to go? Which characters are best to recruit? How does one develop new facilities in town? Romancing SaGa 2 sure isn’t about to tell. “Figure it out yourself,” it says.

I realize that this may land me in hot water, but I truthfully think that Romancing SaGa 2 is best played with a guide. It’s esoteric and impenetrable, at least at first, but once I discovered what it wanted from me, I started having an easier time. That’s not to say that it’s ever easy—far from it, considering that enemies scale to match the player’s strength due to the omnidirectional nature of its progression. I often felt like I was playing the game “wrong,” when in reality, I simply had to train myself to look for inconspicuous signals throughout its world. I was stuck on one boss for ages until I remembered that I could explore and purchase superior equipment far, far away from my current objective. Romancing SaGa 2‘s adaptive structure is impressive considering its age, but it also makes the entire experience feel excessively lean.

The most obvious distinction between the Super Famicom version of Romancing SaGa 2 and this updated re-release is its polished visual presentation. Opting for a blend of smooth, high-definition backgrounds with pixelated character sprites, it retains a retro flavour that is uniquely SaGa. It certainly looks better than the muddy, washed-out sprites in the mobile ports of Final Fantasy V and VI, though I would have preferred the developers to go all the way with the pixel aesthetic. SaGa soundtracks are known for their blood-pumping, orchestral battle themes—I’ve got plenty of arrangement albums in my own library that speak to their excellence—and Romancing SaGa 2 is no different. The “Seven Heroes” battle theme is particularly euphoric. The modern enhancements stop at audiovisuals, however; this new console version retains an ugly mobile interface, and it could do with some quality-of-life fixes, like being able to see how weapons and armour will affect a character’s stats before they buy them. There is also some fresh content in the form of a New Game+ mode, new dungeons, and a few other small additions. I don’t feel like these made much of a difference in my playthrough.

If complete freedom sounds exciting to you and not intimidating, Romancing SaGa 2 is likely to whet your appetite for a long-lost classic RPG. It sowed seeds of potential that would later be reaped by many similar games over subsequent years, including titles within the SaGa series itself. For me, SaGa Frontier still strikes the best balance between arcane and accessible, but it also came out four years after Romancing SaGa 2, so it’s not quite a fair comparison to make. I’d love to get my hands on SaGa Scarlet Grace to see how Akitoshi Kawazu’s fascinating development philosophy has evolved since his innovative work on the bundle of weirdness that is Romancing SaGa 2. I like it conceptually far more than I do in practice.

Romancing SaGa 2 is an alluring blend of esoteric and impenetrable that is as vexing as it is fascinating. 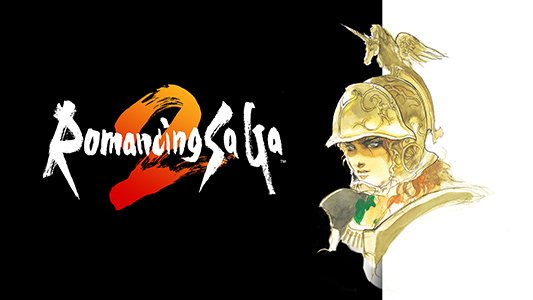