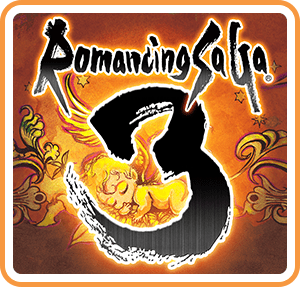 Yet here, at the tail end of 2019, its former consignment to Japanese exclusivity has become naught but yesterday’s lamentation. Romancing SaGa 2 made its English debut in 2017, and now inches one step closer to mainstream relevance with its chic successor and the subject of this review, Romancing SaGa 3.

What immediately sets Romancing SaGa 3 apart from its forebear is an emphasis on character-driven storytelling. In this entry, the player chooses one of eight protagonists to weave their tale around, and while the others remain important to the plot, it’s refreshing to have a “main character” to foster emotional attachment with. Romancing SaGa 3’s lean script still falls short of evoking the emotional resonance of its contemporaries, i.e. the likes of Final Fantasy VI, but its comparatively denser and more polished text (vis-a-vis RS2)  go a long way towards making the story…well, exist, for once. An adventure log, new to this version of the game, adds some much-needed meat to the narrative’s bones and serves as a handy recap for past events, should the player ever become lost—and let’s be real, you’re going to get lost. This is SaGa we’re talking about.

I’m pleased that Romancing SaGa 3 eschews the hideously blurry, mangled textures of similar “HD” ports in favour of a graphical style that puts its decadent pixel art in the spotlight. Characters and bosses have fun, evocative animations that hearken to the game’s original era, requisite stiffness and all. The game’s battle system isn’t especially different from its Romancing SaGa 2 iteration, but then again, it doesn’t need to be; its turn-based combat centred around discovering new abilities in the heat of battle leads to some exciting and unexpected moments, even if it is rather opaque at first glance. One essential gameplay tip: encountering a foe while your character is running on the field map will always break your formation, disabling passive boosts for the duration of a battle, so be sure to slow down when you’re exploring a new area!

SaGa is fascinating and captivating precisely because it marches to the beat of a different drum, even if that beat is occasionally hard to follow. It takes a bit more prep work than games cast from a similar mould, and its arcane systems can be frustrating, but old-school RPG nerds will undoubtedly find something to enjoy in the English debut of this wayward classic.

Between Romancing SaGa 3 and two more English SaGa games on the horizon, it's a good time to be a devotee of this oddball RPG series. Let me hear your rallying cry, SaGa fans: "There are dozens of us! Dozens!"
REVIEW SCORE
8
File Under: RPG