I am Setsuna (PS4) Review 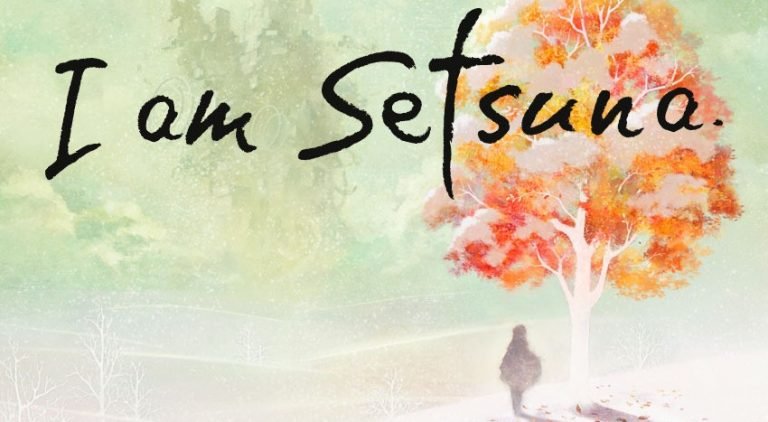 There was a time when the JRPG genre pushed technology and storytelling to their limits with some of the best games for each console generation. But as the videogame industry grew and spread into global markets, the genre devolved into more of a fringe niche. Titles such as Final Fantasy still garnered mass appeal with their rich history in the medium, but overall, JRPGS didn’t have the same kind of clout as they did in their heyday. They still don’t. Nevertheless, many yearn for games similar to those of yesteryear, for a classic, turn based, story driven JRPG, and that’s why Tokyo RPG Factory was created. Like-minded developers came together to create a studio with the biggest JRPG publisher on the planet with the goal of bringing people back to that golden age. Their inaugural title, I am Setsuna, brings players back to the 1990’s ,when the genre dominated consoles with classic style gameplay. Yet it expands on those fundamental gameplay ideas with one of the strongest stories I’ve ever had the pleasure of experiencing. I am Setsuna is a love letter to classic style JRPGs in every way imaginable, with one of the darkest, yet ultimately hopeful, narratives in gaming.

I am Setsuna’s strongest point is its story. The plot follows Endir, a mercenary tasked with murdering a young woman who is set to begin a long journey across the land. However, when he meets her and discovers the implications of his job, Endir joins her instead and decides to protect her as she makes her final migration. In this world, once every decade or so, a woman is chosen to sacrifice her life to appease hoards of monsters that will otherwise ravage the land. The creatures are growing increasingly vicious, so her city has decided another sacrifice is needed, and that that sacrifice will be Setsuna. She has accepted her fate, as she believes it is for the greater good, even though many question if it will actually make a difference. The game explores the emotional burdens that come with making hard choices throughout the story. Time is finite, and what you should do with the time allotted to you is one of the game’s major themes.The game’s exploration of this subject matter makes I am Setsuna, one of the most morally thoughtful games I’ve ever experienced.

The whole point of I am Setsuna is to explore the Japanese feeling of “setsunai”. It’s an emotion that doesn’t really have a name in Western culture, but which Tokyo RPG Factory wants to present to this side of the planet. My fellow writer Lisa Mior explores its exact meaning in the July issue of CGMagazine, but in simple terms it is sort of a mix of sorrow and sentiment, an inbetween of happiness and sadness— melancholic bliss.

I am Setsuna explores this through more than just its story. Everything in the game is sombre, yet somehow hopeful, too The winterscape that surrounds you constantly reminds you of two things: your mortality and the feeling of emptiness that comes with accepting it. Even with your ever growing party, it sort of always feels like you’re alone. Yet the music is a soothing piano score that picks up during boss battles, and the art direction is a simplistic watercolour effect over 3D renderings. In some cases, this visual direction makes it difficult to navigate darker areas. For instance, in one spot, there’s a snowy hill that bleeds into the cliff-like wall. I didn’t realize it was actual terrain until I’d almost gone insane looking for hidden areas after reaching what looked like a dead end. That wasn’t the only time this happened, but it was definitely the most frustrating. Aside from that reoccurring issue, though, everything works together to make the player feel the themes it’s trying to present.

Unfortunately, some very touching emotional moments are cut short to add attempts at comedy or action (I couldn’t tell which, in some cases). I am Setsuna is a videogame, and action is needed in some circumstances to advance the plot, but it too often felt like the developers infused gameplay in emotionally rough moments simply to break tension. This was always frustrating, because it felt like part of I am Setsuna’s charm was being lost for the sake of unnecessary action.

It’s not a huge issue though. Those moments are sparse, and the combat is straight out of Chrono Trigger, so even when it’s at its most frustrating, it’s still fun. If you’ve never played that game (and you should), the combat revolves around Active Time Battle (ATB). During fights, a bar fills up over time, and when it does, your character is awarded an attack. When that gauge is full, a momentum meter begins to fill if you don’t use up your ATB immediately. Once the second meter is full, players can use a timed attack (momentum) that can deal more damage or help heal partners more fully. When used often in a single battle, these attacks can generate special bonuses called singularity. In a longer battle, these bonuses can save your life. This feature of combat, mixed with the ability to choose between some really interesting attacks, can make battle feel as strategic as a game of chess against stronger enemies. This combat system results in especially hard boss battles, and if you don’t upgrade your special attacks (or Spritnite) you could end up on the wrong end of a beating.

Spritnites are not earned special attacks that you receive when you level up. Instead, you actually build them. After battles, players are rewarded with materials. Some of them are useless, but most of them can be used to create new Spritnite stones, which enable specific attacks. Each character can only carry certain types of Spritnite Stones; making it necessary to decide in advance what style you’re going to play with your three-person party, so you can build out from there.

Spritnite preparation will only get you so far, though; there are still items like weapons or potions that you need to buy in I am Setsuna ( as in every RPG ever), but finding currency is really difficult. Buying potions became a balancing act with my wallet, and I’d have to make decisions about what materials that could be used for Spritnite I would instead sell to ensure a decent supply. I guess this is a way to add a bit of challenge , and to force the player to make hard choices, in keeping with the theme of the game, but it always left me feeling frustrated. I never felt like I could upgrade the way I wanted to, but was instead forced to get by by selling just the right amount of material to get what I needed until the next town.

It’s a balancing act that I’d have no problem doing again, however, because in the grand scheme of things, I am Setsuna is a story worth experiencing. It’s so tight and well told that every other aspect of the game becomes secondary, even if it’s not intended. I can’t think of another game that manages to evoke the themes it presents to players so well. In every way imaginable, from the plot, to the scenery, to the music, and even to the combat system, I am Setsuna wants players to question their mortality, the time they have left, and the decisions they can make in that time. In many respects, Tokyo RPG Factory did what it sets out to do with their first title: after playing this, you’ll have a very good understanding of the meaning of setsunai.

With a dark yet optimistic story and old school JRPG gameplay, Tokyo RPG Factory’s first title feels like a classic in the modern day.
REVIEW SCORE
9
File Under: CGMagazine, i am Setsuna, RPG, Square Enix