Spellforce 2: Demons of the Past (PC) Review 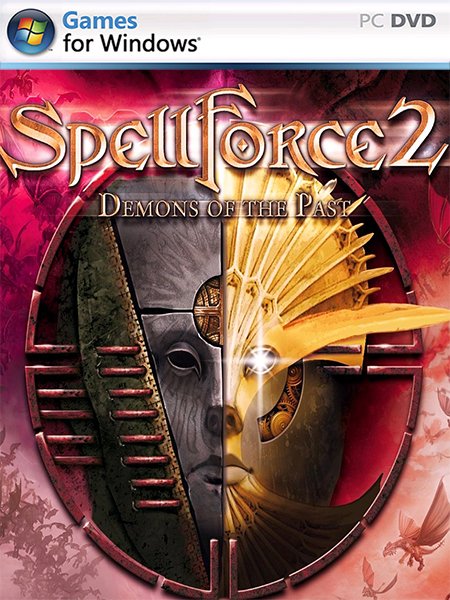 Hybrid games are always interesting to play. Games like Dragon Commander show that it is possible to combine different genres and still have fun, even if you lose a bit of the focus of one at times. Spellforce 2: Demons of the Past attempts the same, and sadly fails to blend them well, leading to confusion and frustration.

The plot is hard to follow for someone who hasn’t actually played the previous games (me, surprise surprise) – Demons of the Past takes place at the end of a series of Spellforce 2 titles. After your protégé released massive demon, you, a semi-immortal member of the dragon-blooded Shaikan, have to fix things. There’s a lot of backstory thrown in there, and the game takes a self-aware and comedic stance that’s somewhat more common for fantasy nowadays. I actually like the story, and think there’s a lot of potential in it. It’s a pity that the game itself isn’t more fun.

The game tries to incorporate RPG and RTS elements together, and, sadly, it doesn’t work. Less than half the missions require you to build bases and troops, with most having you rely on your highly powered party – even the missions where you get to build an army, your party dominates the fights, as the only ones with active skills. The two elements just aren’t combined well in the campaign, which should showcase both strongly. Every time you command troops, it feels like an afterthought, with your party slaughtering mooks with their own mobile meat grinder surrounding them.

The RPG elements are lacking, and a potentially good story is marred by obtuse presentation. The worst offenders are the side missions. While they provide a lot of interesting plot (which I must say, having not played the previous entries, I missed most of the nuances), many merely slow down the game’s pace. Many are collection quests, some requiring you to leap between multiple maps – several of which I couldn’t complete as there seemed to be none of the required items anywhere. Bugs are common, and they add to already obtuse and inconsistent puzzles. The puzzle element, a staple of RPGs, has the potential to infuriate and frustrate players, and the riddles here lacked sufficient clues and were made unclear by buggy assets. Quest markers are inconsistent and side quests rarely indicate when you’ve completed the criteria. Some give you long periods of time without any combat, the core of any game with RTS elements, and lack much in the way of choice so that you wind up moving along waypoints, watching.

Graphically, there’s nothing to talk about. RTS games tend to skimp on animation since there’s so many people who look all the same, but the lack of animation on the generic units in cutscenes is just plain distracting. The main characters don’t look much better, and at least once my character’s hair clipped through his hood.

Every criticism of this game comes back to how rough and untested the game feels. Frequent bugs stretch out the playtime and add just enough irritation to push me into a rage. The game has a frequent loading bug, for example, that will crash when loading saves, often with no indication except for a frozen progress bar until you Alt-Tab (a pair of keystrokes I use liberally with any game). These are not just small flaws, but major glitches like, for example, your troop capacity setting itself to 80 and preventing you from building a large enough army to beat the bosses. The final mission attempts to create a complex and grandiose battle, with elements like gates and other factions to reward you with a huge fight against your enemy. Sadly, none of these elements work right (all of the other factions you could recruit were wiped out by the AI within ten minutes of start while I easily repelled their invasions), and the final boss fight becomes painfully complicated by these very elements, leading to a long, boring slog that amounts to plenty of reloads due to a forced gimmick.

This kind of game isn’t really anything new, and hero-unit-heavy strategy games have existed since Warcraft III. But I’d be willing to give this game’s story and premise a chance if the game had given me a better integration of army and character. The bugs just push it over the edge.

Spellforce 2: Demons of the Past attempts the same, and sadly fails to blend them well, leading to confusion and frustration.
REVIEW SCORE
5
File Under: RPG, RTS