A Farm-Sim By Any Other Name Is Just As Sweet 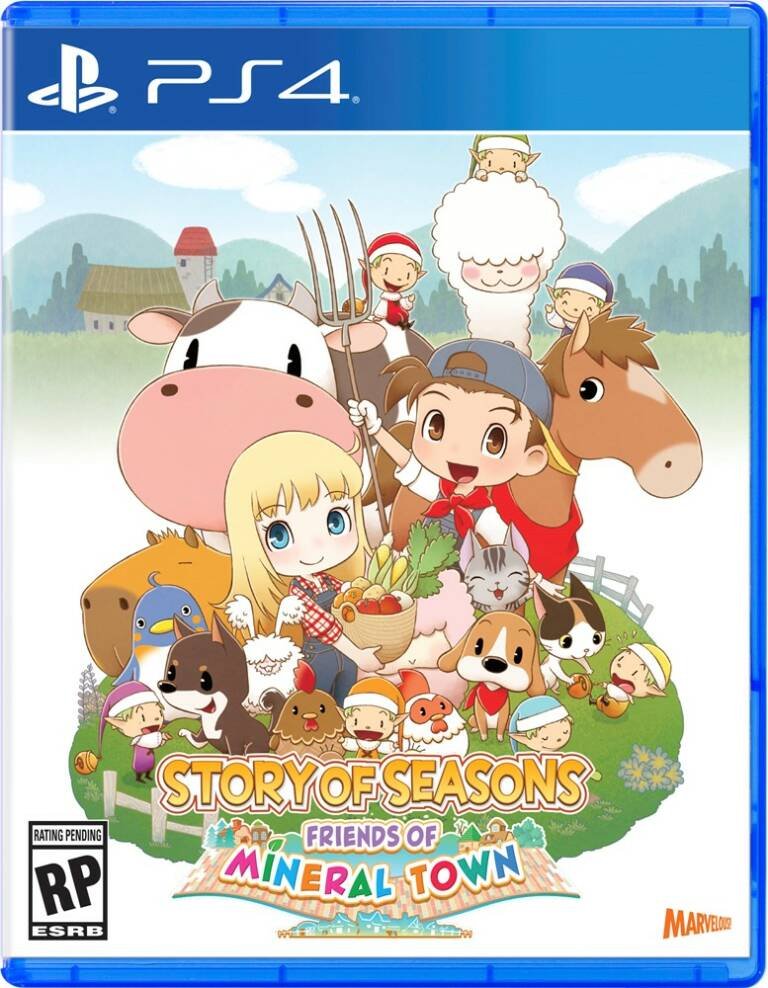 Back when it was known as a Harvest Moon game, Story of Seasons: Friends of Mineral Town was one of my biggest time-sinks on the Game Boy Advance, right behind Final Fantasy ports and Metroid. It was something incredibly different for my tastes at the time, and yet I probably put hundreds of hours into a couple of playthroughs.

The farming/life-sim genre has somewhat exploded in the 18 years since its initial launch, largely thanks to Stardew Valley. Harvest Moon has gone through an identity crisis as well, splitting into two halves under the new name Story of Seasons. But whatever its name, Story of Seasons: Friends of Mineral Town is every inch the game that I was so smitten with long ago.

Thankfully, it does include some quality-of-life changes and modernized touches beyond the obvious facelift. Potential romantic suitors can be romanced regardless of your gender, which you can choose freely at the outset without needing to buy a separate version of the game. There are new animals, crops, events, and characters to round out your farming life, and not only more appearances to choose from, but more outfits as well. You can’t quite customize your own avatar, but you can at least dress them up.

“There are new animals, crops, events, and characters to round out your farming life, and not only more appearances to choose from, but more outfits as well.”

Benefitting from an expanded controller, the core gameplay remains the same: you’ve inherited your grandfather’s farm and get to rebuild it from scratch. Plant crops and raise animals to make money, expand your home and upgrade your tools, and cultivate friendships with the other inhabitants of Mineral Town. It’s every bit as addictive as it was back then, in that “just one more day” way.

Of course, some old warts persist. Stamina can still be a troublesome resource to manage, as I was reminded when I got over-ambitious planting Autumn seeds. Long animations still hold you up as your Stamina & Fatigue levels drop, despite both factors now being handily represented on the HUD. Trying to keep up with villagers is still a headache—why do so many people hide indoors as soon as 6PM hits? Why can’t I knock on their doors to make a social visit? Is there a vampire threat I’m unaware of?

“But whatever its name, Story of Seasons: Friends of Mineral Town is every inch the game that I was so smitten with long ago.”

And while the new aesthetic works really well, some character portraits and redesigns are jarring to me. Conversation scenes can obscure the actual characters behind text boxes or giant portraits, especially with the Mayor’s inexplicably tall hat.

Similarly, I don’t love the remastered soundtrack, particularly the summer themes. One of the modern updates is a Record Player to change the tune around your farm and the wilderness, but the selection is relatively small. I’d have loved the option to unlock the original soundtrack, as the old score still bops. Or maybe let me do something to fill the awkward void of sound on rainy days?

These gripes aside, this is still the definitive farm sim for me. Subsequent entries in the Harvest Moon series didn’t hook me quite the same. Stardew Valley initially interested me because of its similarities, but ultimately it didn’t hold me for nearly as long. Within an hour of booting up Story of Seasons: Friends of Mineral Town on my PS5, however, I was addicted to the grind of farm life again. Even when typhoons sabotaged my season-long crop plans, I was grinning from ear to ear. In a world where Stardew Valley and Animal Crossing dominate the life-sim arena, there’s plenty of joy to be found in coming home to Mineral Town.

If you weep because there are no new worlds to conquer in Stardew Valley, return to Story of Seasons: Friends of Mineral Townto (re-)experience its biggest inspiration.
REVIEW SCORE
8.5
File Under: PlayStation, Story of Seasons