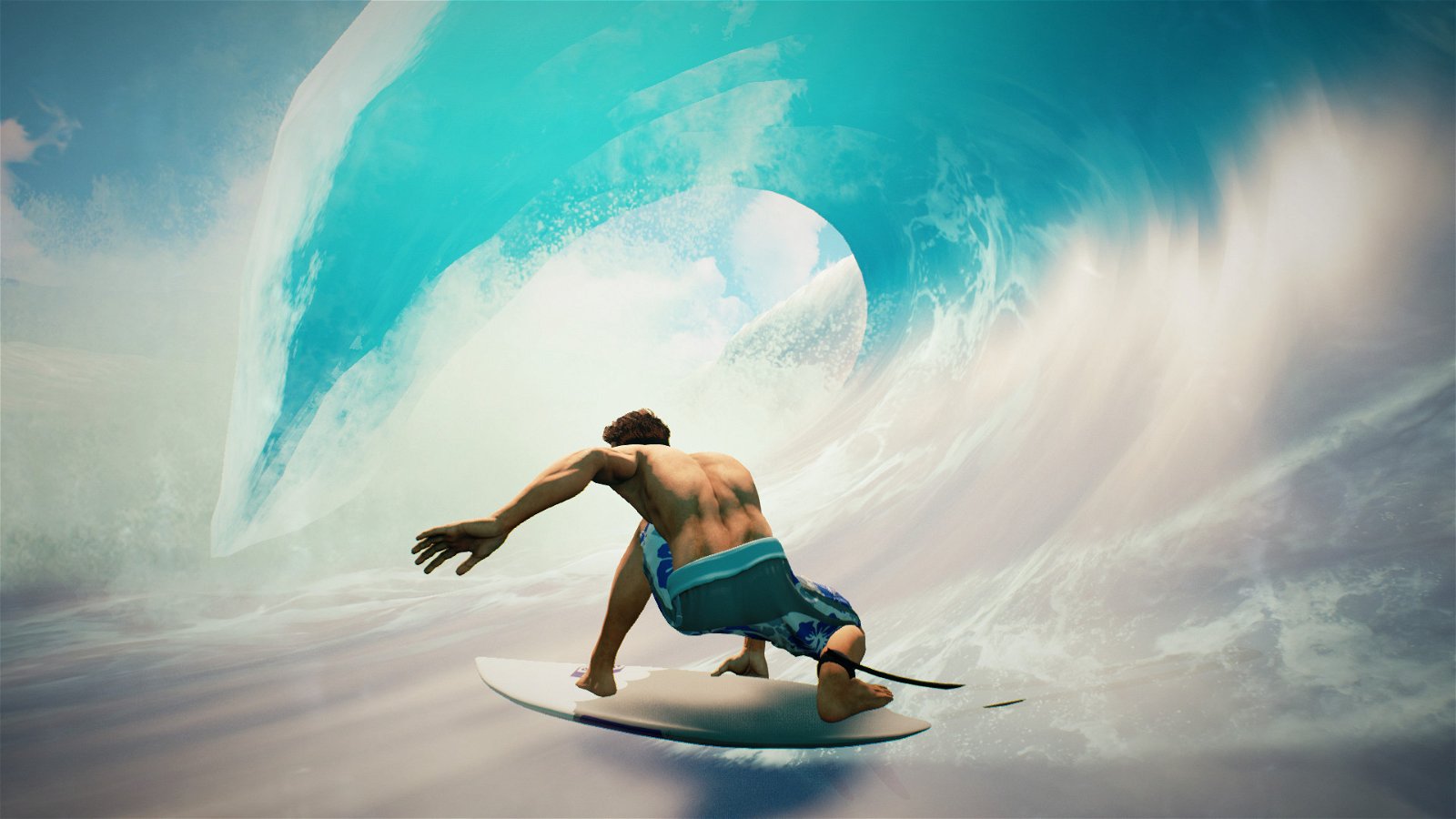 With summer ending, it’s the perfect time to get out to get one last beach day in. I chose to experience the beach with Climax Games’ Surf World Series on my PlayStation 4 rather than risk the sun burn. While I may have had more fun playing in the sand, Surf World Series is not an entirely unpleasant experience.

Surf World Series allows players to carve some waves and compete in surf events all around the world. Players can compete online, take on a championship, or just free surf. While the game doesn’t feel as loaded as SSX or old school Tony Hawk, there is something unique to Surf World Series, its unexpected difficulty. Surf World Series was my most mixed feeling gaming adventure ever.

My first day out in the surf, I found Surf World Series a very tranquil experience. The tutorial acquainted me with the slightly clunky—at first—controls, but I felt confident by the end of it. I went through the first two events with the ease of a born of Kahuna dudette. Enjoying the gorgeous visuals of the water and the well-suited soundtrack, which was both relaxing but psyched me up to ride those gnarly waves. I thought Surf World Series would be a great way to just mellow out. Then came day two.

I was amped for some gnarly waves. Turned on the PS4 and sat back for a mellow ride. I was mistaken. Day two was a lot of cursing out the controls and my inability to pass events. I actually said to the CGM crew, “I hope there is water in Hell so that people can be forced to play Surf World Series.” To pull off better combos, the controls required some more adjusting. There was a delay between the button press and the action, which led to a lot of jumping in and out of barrels. Surf World Series is going to be a lot of wiping out while trying to master those waves but the controls didn’t feel as fluid as other extreme sports titles, like EA’s SSX. Doing bigger moves demands a series of at least three buttons.

By the third day, I had a better sense of the timing, controls and had stopped condemning the game to depths of a fiery pit. However, every event surfers enter has a title card, which displays what needs to be accomplished in the event to pass, plus any extra challenges. It doesn’t help that every time the surfer wipes out the game reloads this event title screen, which requires a button push to continue. I would push “X”, the delay would lead me to assume it didn’t register, I would hit “X” again and it would register twice forcing my surfer to slip off the board. That means, a lot of false starts. Due to these false starts, I often lost many precious seconds in certain timed events. The timer would continue to count down even in the event’s title screen. Merely waiting to ensure the “X” button registered wasted seconds and seconds in this game can mean the difference between passing or failing the event.

There are 45 events in the single player mode. Surfers start off as Rookies and complete events to move up the ranks to the Master level. There are different kinds of events in all ranks. Survival is riding a rough wave without wiping out. Timed events allow surfers to ride as many waves as possible within the time limit to reach the set score. And round events have a set score to hit to advance to the next round until the event is completed. Failure to reach the score leads to, well, failure of the event. If the events become aggravating, there is always Free Surf mode where surfers can do whatever they want.

The visuals in Surf World Series are fantastic. The water is possibly not only the best looking, but the most realistic movement I’ve ever seen in a game. The sunset over the water can be totally peaceful as the surfer just chills on the board, waiting to start their paddle into the waves. The character models are generic but look good.

I found the lack of character creation a strike against Surf World Series. While the boards and outfits come with some creation options—colours, graphics, patterns, and cuts—creating a character is a no go. I longed for the old days of Tony Hawk on the PlayStation 2 that boasted an amazing character creation system. Sure, wearing earmuffs as a surfer doesn’t make much sense, but it would have been nice if the option was there, because creating a character always makes me feel more invested in the game. Without voice acting, the six surfers don’t have personalities, so I didn’t bond with any of the “characters.” They could have had a potato riding the board for all I cared.

There is no question that Surf World Series fills a gap in the extreme sports genre by taking it to the water, but it is a rollercoaster of a journey. I got so frustrated playing; yet find myself wanting to return to the water to tame the waves. It’s not an easy game, but it is a simple one. After all my time with it, I find Surf World Series beautiful and enjoyable although rage inducing. Fans of extreme sports games will appreciate the challenge that Surf World Series presents, but for players looking for something less intense, stick to Free Surf mode.