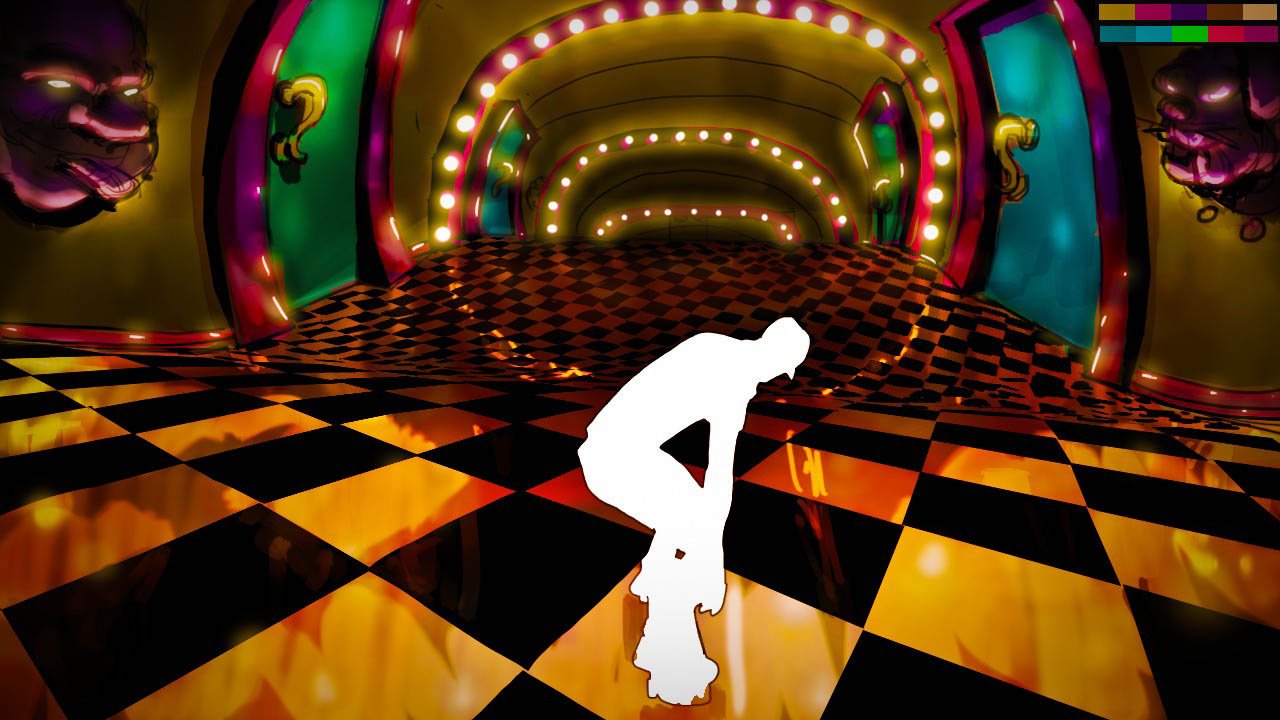 There’s a sequence in Tony Hawk: Shred in which you jump over the outstretched jaws of a giant shark, and never has level design been more indicative of the terminal nature of a release. The latest installment in the crumbling Tony Hawk franchise sounds bad when you hear about it, looks bad when you see it, and is bad when you play it, and is yet more proof that you shouldn’t necessarily release a new game just because you can.

If you’re unfamiliar with the title, Tony Hawk: Shred is an otherwise conventional skateboarding game that replaces the standard video game controller with a skateboard peripheral that sits on the floor beneath your feet. The board has a sensor on each side and generally aspires to be the extreme sports equivalent of Guitar Hero.

Amazingly, poor peripherals aren’t as much of an issue as you’d expect. The skateboard controller works surprisingly well, in the sense that it’s a responsive and durable piece of equipment that demands precision and can accurately record your actions. The problem is that forcing players to use a real skateboard doesn’t make virtual skateboarding any more enjoyable, and the software design doesn’t do the player any favors.

If you’ve ever stepped onto a skateboard, you’ll know that it’s an incredibly hard sport to pick up and you’re far more likely to face plant into the concrete than you are to grind your way down a rail. Tony Hawk: Shred doesn’t place you at risk for traumatic injury, but it does expose you to all of the embarrassment of actual skateboarding. If you don’t know what you’re doing, you’re going to spend most of your time stumbling around your living room waiting for something interesting to happen.

Tony Hawk: Shred is consequently a game with a gimmick but no actual identity. The design is explicitly geared towards children (you’ll receive a sickening amount of positive reinforcement from the cast of skate celebrities) and many of the mechanics have been tweaked to make things more accessible. For instance, you can grind a rail as long as you’re able to get close to it and the game does it’s best to keep you upright as long as you’re not crashing into walls.

Yet even with such forgiving modifications, the controls are still tuned for a serious simulation instead of the absurd. Unless you’ve got excellent balance and are somewhat familiar with the physics of a skateboard, basic kick flips, ollies, and grinds are the only techniques that you’ll reliably be able to pull off and the promised big air and bigger tricks never fully materialize.

The overall structure, meanwhile, is unremarkably conventional. As with any other Tony Hawk game, your goal is to do tricks to score points to unlock more stages, characters, and gear. The disc doesn’t skimp on content and there’s enough here to keep you occupied for hours.

The gameplay just isn’t compelling enough to warrant that kind of attention. For one thing, there’s hardly any diversity. You can go downhill while trying to score the most points or go downhill while trying to collect the most tokens, and that’s pretty much it. There are a handful of snowboarding levels and a challenge mode that forces you to execute specific tricks at specific points on the track, but it’s all variation on a tired theme that pads game length without offering any tangible reward.

The on-rails gameplay is similarly frustrating, since you’re always moving downhill at the same speed regardless of anything you happen to be doing you’re your feet. Jumping to avoid obstacles will score you some extra points but you could leave your house and your character would still make it to the end of the run.

The more difficult gameplay settings do provide you with a bit more agency, but the introduction of steering only makes the game worse. You’re still moving downhill at a constant speed and the navigation controls are so sensitive that the slightest tilt in any direction will send you careening into a wall without the benefit of a brake pedal.

You’re better off if you try to do exactly what the game says, but even then it doesn’t feel as if you have any input into any final outcome. I could never replicate a successful run and the game moves at such a fast pace that it’s tough to process the levels while you’re playing. The multiple paths always take you to the same place and there’s seldom any incentive to get creative.

Tony Hawk: Shred ultimately lacks the exploration and experimentation that made the original installments in the series so much fun. You can’t collect S-K-A-T-E, there’s no hidden tape, and you can’t head to the top of the ramp to set up that one perfect trick. All you can do is hit a few jumps and grind a few rails on your way to the finish, and the luster quickly wears off what is an unbelievably repetitive game.

That’s also why Tony Hawk: Shred inspires apathy more than hate. I was so bored after the first hour of play that I’d start looking at the clock while trying to determine how much longer I needed to play in order to fulfill my professional responsibilities, and anything that can make video games feel like work is not something that you’d want to pay for.

In the interest of full disclosure, I’ll admit that I did not unlock everything, but unless there’s a hidden mode that miraculously makes the game fun, I’m reasonably confident that the present review will suffice. Tony Hawk: Shred is a terrible game, and picking up a real skateboard and some kneepads would be a far better use of your funds.

Tony Hawk: Shred is a terrible game, and picking up a real skateboard and some kneepads would be a far better use of your funds. 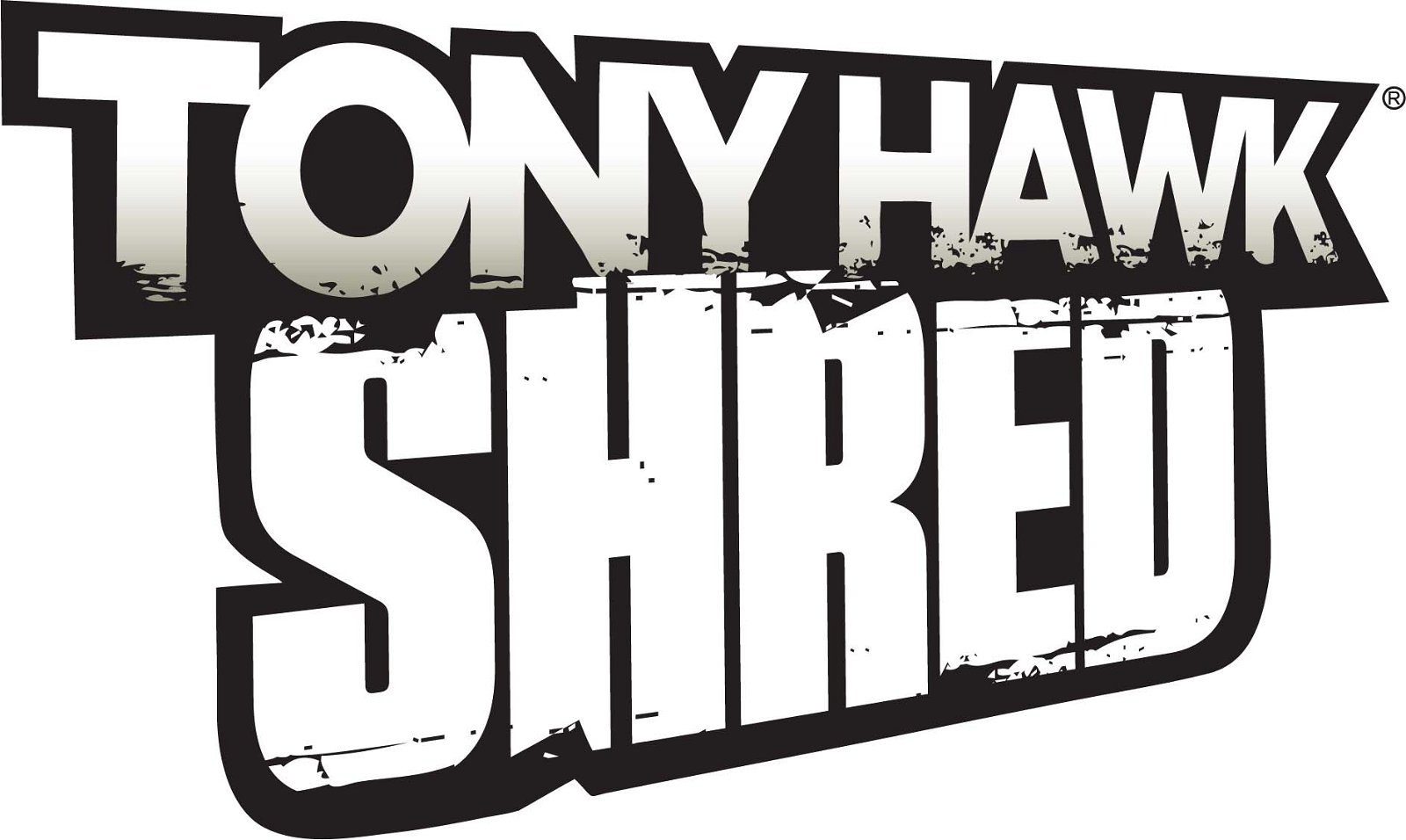