It’s interesting to consider that in some cases, despite a game’s quality, it can kind of trade on weirdness alone. At least, this has usually been the case when it comes to the work of Hidetaka Suehiro (also known as SWERY).

Deadly Premonition became a cult classic, despite some pretty glaring gameplay flaws; due in large part to its weird mix of horror and sim gameplay, weird story, and its lovingly weird protagonist—also, for being the closest thing to a Twin Peaks video game we’ll ever see.  Such seems to be the case with The Good Life as well, since it’s arguably not a great game, but its strangeness is something that genuinely kept me engaged throughout my time with it.

The Good Life puts players in the role of Naomi Hayward—a photo-journalist who is millions of dollars in debt. In order to repay this, she takes a job for The Morning Bell newspaper, which relocates her to a quaint town in the English countryside: Rainy Woods, dubbed “the happiest town in the world.”

However, once she gets there, Naomi quickly realizes there’s more to this town that meets the eye, which is punctuated that night when she discovers that, under the light of a full moon, all the residents of the town transform into cats and dogs! Naomi must unravel the mysteries of this town and possibly clear her debt.

Further complicating things, events take a quick turn for the weird when Naomi herself gains the power to transform into both a cat and a dog, granting her each animal’s unique abilities to assist her in solving Rainy Town’s mystery.

“The Good Life puts players in the role of Naomi Hayward—a photo-journalist who is millions of dollars in debt.”

The Good Life is described as a “debt-repayment RPG” but that title is a bit of a misnomer—it’s kind of more of a social media/life Sim. Being a photographer, one of the ways Naomi can make money while in Rainy Town is by taking photos and uploading them to the popular photo-sharing platform, “Flamingo.” Every couple of days, five trending hashtags will alternate, and taking photos of trending subjects will reward Naomi with more hits and followers—every photo earns 10 cents per hit, and there are bonus rewards for followers.

It’s an interesting feature that kind of makes The Good Life feel a bit like an open-world Pokémon Snap, and somewhat of a parody of the Instagram experience. What’s more, there’s a certain amount of depth to the photo taking itself as players can equip themselves with better cameras for colour photos, and different lenses for wide and far shots.

But not all of Naomi’s money is spent repaying her debts. Our girl still needs to eat and keep healthy; and this is where many of the more bemoaned features of the “life sim” come into play. There are several survival meters that need to be kept in check, and Naomi will consistently need to be kept fed, rested, showered, healthy, and chipper if she’s going to get those sweet Flamingo likes, and also get to the bottom of the town’s mystery.

“The Good Life is described as a “debt-repayment RPG” but that title is a bit of a misnomer—it’s kind of more of a social media/life Sim.”

It’s not as egregious as other “survival” games that work in these elements—where it feels more like you’re babysitting your character, rather than trying to survive a harsh wilderness—and it plays well with the game’s whole, happy town with a strange secret vibe. It adds a bit to the weirdness that the gameplay itself doesn’t really emphasize the main quest, and instead encourages you to spend your days enjoying a simple life in this quaint town; as if the game itself is trying to hide its secrets.

However, from a technical perspective, The Good Life is far from good on the Nintendo Switch. While the game’s environment has a simple, colourful style, and characters have a unique, almost cubist style which is incredibly memorable; the game runs pretty pathetically on the Switch—making distant assets look like a jumble of pixels, both in handheld and on the dock.

The game is particularly bad in handheld, where certain text is horribly compressed and borderline unreadable, and the framerate is pretty inconsistent. While the game is marginally better in docked mode, it’s a genuine shame that the Switch version is kind of poor, since this kind of sim-style, photography-based game is perfectly suited to a system like the Switch.

Despite some flaws, The Good Life is definitely worth a look just for its strange story, and weird atmosphere. While SWERY may not always be the most progressive (see Deadly Premonition 2), and his game’s might not always stick the landing (again, see Deadly Premonition 2); he maintains an interesting presence within the game industry, and The Good Life is clear proof why.

The Good Life is a strange mix of photography-game and life-sim, and while it's not perfect, its flaws are covered by a weirdly charming premise.

File Under: Nintendo Switch, The Good Life
A retail version of the game reviewed was provided by the publisher. You can read more about CGMagazine reivew policies here. 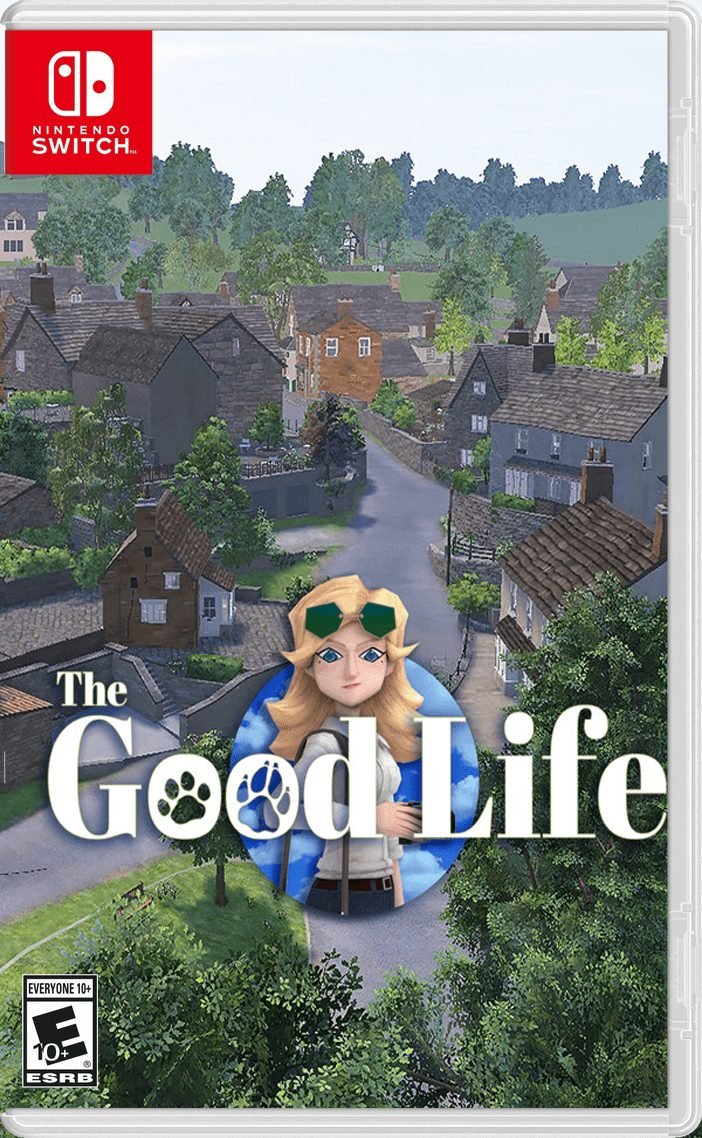