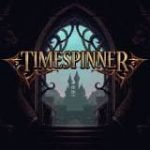 It’s chic these days to model games after seminal classics. The trick is balancing homage with originality; there’s a difference between taking inspiration from a popular game and cribbing from it wholesale.

I’ve seen many a promising title on the path to excellence stumble over verbatim references and hamfisted parallels to their respective muses. Timespinner, a space-gothic retro action RPG with roots in the most popular Castlevania of all time, floats over such pitfalls as ably as its time-travelling heroine.

Developed by a single person over the course of nine years—five part-time and four full-time—Timespinner‘s cohesive vision is a cut above the competition. The player assumes the role of Lunais, a young woman trained from an early age to be her generation’s Time Messenger, a sacred emissary to the fourth dimension. When an evil empire scheme to use her clan’s time-bending abilities to malevolent ends, Lunais must gamble her own existence to travel backwards in time and stop a bloody conflict before it even begins.

To say that the game’s story is genre-defyingly rich is something of an understatement; by the developer’s own admission, the lore and characters of Timespinner have been gestating in his mind since he was in grade school. Yet for all of the detailed historical accounts and character-driven plot points that drive Timespinner forward, it is a beautifully lean experience. Its densest narrative elements are just beneath the surface, spread across unintrusive documents, memory fragments, and optional character quests. This approach works in Timespinner because the main story unfolds at a quick enough pace to not impede its speedy gameplay, while allowing more inquisitive players to seek out more at their discretion.

I was particularly surprised (and pleased) by the large number of queer characters among the game’s cast. At the same time, I was distressed to see how much backlash they have already received on community message boards—not only is this degree of inclusivity rare in video games, but most of this characterization is presented through the aforementioned optional quests and documents. That Timespinner pulls off a well-realized tale of revenge on a galactic scale is impressive enough, but its willingness to identify characters throughout the spectrum of gender and sexuality makes me regard it even more highly. To be plain: I’m a gay man. I’m allowed to like stories featuring queer people. That’s as deep as it goes.

“Timespinner has the chops to back up its reverence for the Castlevanias of old.”

Story aside, Timespinner has the chops to back up its reverence for the Castlevanias of old. (If anything, I get more of a Chrono Trigger or perhaps even Valkyrie Profile vibe from its aesthetics, but its tactile feel owes much to Symphony of the Night.) Lunais is a fast and responsive character whose preferred method of conflict resolution is bashing enemies with psychic orbs. She can equip two at a time, each with its own shape and properties, from blades and fireballs to macabre eyeball-buzzsaws and synthetic guns. But orbs aren’t just weapons—each is also tied to a unique magic spell and a passive ability. The blade orb, for instance, can also be used to summon a giant, screen-wide sword, or to add jagged edges to the orbs that swirl around Lunais, creating a makeshift barrier. Orbs level up separately from Lunais the more she uses them, and the player can set three separate loadouts to switch between with the touch of a button. Each of these magic weapons is an arsenal in and of itself that opens up exciting strategic possibilities. My preferred setup? Dual-wielding an ultra-fast wind orb with rapier-like strikes enchanted by flying icicles. It’s as fun and deadly as it sounds.

Befitting her role as the Time Messenger, Lunais also has the ability to temporarily stop time. This ability is balanced enough that you can complete the entire game without using it in boss battles—which I did, because I kept forgetting it existed while in the heat of combat. Whoops. It’s more useful for freezing enemies in their tracks and using them as makeshift platforms to reach hidden pathways and items. The ability meshes well with Timespinner‘s concepts on both a narrative and a mechanical level, and it never feels like an unnecessary gimmick. In addition to her time-stopping power, Lunais eventually earns more traversal abilities including a double jump, the ability to breathe underwater, and more. As one might expect, utilizing these to revisit old areas in search of new avenues is almost always rewarding. Timespinner (somewhat obviously) hides a true ending behind a handful of collectibles obtained in this manner, making it worth probing into each and every corner of its lean but dense world(s).

Timespinner conveys more in a few seconds of motion than I can with a paragraph of text. Featuring lavishly animated pixel art with a dreary colour palette that mixes gothic and future-tech sensibilities, it is at once anachronistically gorgeous and so dutifully adherent to 16-bit classics that it may well be displaced from that very era. Also worth celebrating is its soundtrack by Jeff Ball, independent game composer and violinist for Steven Universe. Citing inspiration by Michiru Yamane (Castlevania) and Yasunori Mitsuda (Chrono Trigger/Cross, Xenogears), Ball’s research into the soundscapes of late-90s game music results in an evocative album full of moody, authentic synth melodies.

Surprise, intrigue, awe, joy, contentment, and a relentless hunger for more—so brightly did my infatuation with Timespinner burn over the course of a week that I can hardly believe it hasn’t been around longer. From my initial discovery of the game just prior to release until the two-day marathon session wherein I uncovered 100% of its secrets, I couldn’t get Timespinner out of my head (or the controller out of my hands). I even immediately restarted the game on its harder “Nightmare” difficulty in pursuit of the Platinum trophy the moment I beat it, which is rare for me. It’s not often that my only complaint about a game is “I wanted more!” The level of polish evident in every facet of its design is deeply satisfying to experience. Timespinner leverages its developer’s creative vision with rare and dazzling aplomb.