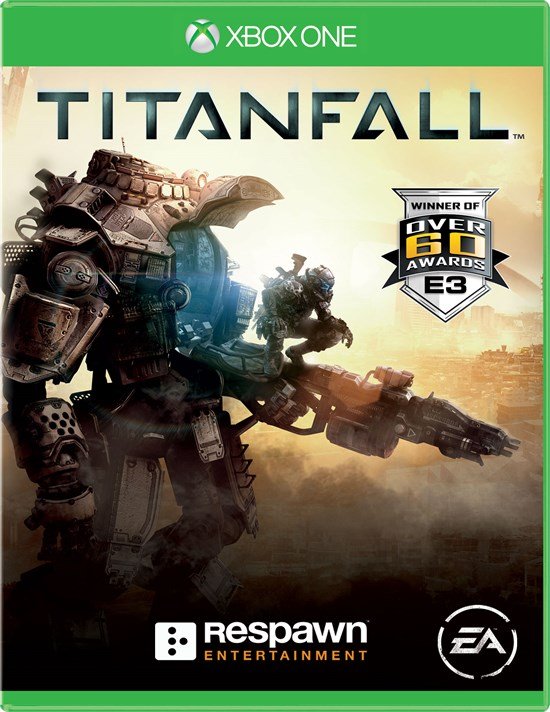 I never really believed in the concept of review scores. They’re a boring way to distill an entire page of criticism into a quick quality judgement, and the written review will hold all the pros and cons of the subject matter anyhow. That said, this may actually be the first time I’ll truly appreciate the use of a review score, since I’m starting off this review with the fact that I am giving Titanfall an 8 out of 10.

I am doing this because marketing practices and fanatic fanboys have worked the average gamer into some sort of Titanfall frenzy. I fear that front loading the score is the only way to stop the flood of comments about how I’m not appreciating this piece of media as the religious experience we were told it would be.

I am sorry to have to be the one to break this to you, but Titanfall is not a cultural milestone that will get you closer to God. If you really want a religious experience, go join a cult or hire the services of a prostitute. On the other hand, if what you want is a solid first person shoot with twitch gameplay mechanics than go buy Titanfall.

This is especially true if you’re one of the many Xbox gamers who only purchase the annual edition of Call of Duty each year, and nothing else. For those gamers, I am happy to announce that the team that made Call of Duty a household name has moved from Activison to Electronic Arts, and now they’re bringing you a game that feels a bit like Call of Duty.

The recipe for Titanfall starts off with the twitch gameplay that has caused all of the Call of Duty comparisons, but then giant walking tanks called titans and jetpacks are added to the mix. Ironically, despite being named Titanfall, the titans are not the game changer I was expecting. The ineffectiveness of the titans is the result of gameplay balancing. Competitive first person shooters have to be balanced above everything else. For example, titans are awarded based on the time each player joined the match and not a score. This is so that better players won’t get more titans more often. With that in mind, this game also has to be fun if you are the only gamer in a match who’s on foot, so the game gives everyone powerful anti-titan weaponry. Add in the fact that the map is static, and it becomes a better strategy to hide behind a virtual (and thus indestructible) door with an anti-titan weapon than it is to go toe-to-toe in destructible titans.

The jump pack is what really differentiates Titanfall from Call of Duty or Battlefield. It’s a very forgiving piece of equipment that allows any second story window to become a door, or any wall to become a sidewalk. Since every gap in a building is now an entry point, it becomes harder to set up unfair choke points/camp due to the fact that most buildings have dozens of entry points when wearing the jet pack. Parkouring around buildings is by far my favorite part of this game, but I should mention that its effectiveness varies from mode to mode.

Actually, the map and the mode selected will more or less determine how you play each round of Titanfall. For example, the maps chosen for the campaign are mostly smaller maps with tight corridors made of buildings. In these situations it is best to configure your guy to do as much damage as possible since on the smaller maps you’ll usually run into the other team often. The close quarters can hamper maneuverability, so chances are good that your digital avatar will die a lot. On the other hand, the maps on which you play capture the flag tend to have a lot more open space, so speed, stealth, and your jet pack are better choices.

Luckily, Titanfall has a Call of Duty like customization system that lets you change everything about your loadout before jumping into a match. As you would expect, you can change the guns you or your titan will carry, the attachments for each weapon, the gadgets you use, and even the class of titan you’ll take for that round. The Stryder titan class is the smallest and fastest, the Atlas is the overall average titan, and the Ogre is the slow heavily armored model.

Titanfall also has a system similar to the perks of Call of Duty, but this time they’re single use. They come in the form of digital collector cards, and you can pick 3 of them at the start of every match. They can do things like give you a more powerful version of a gun, reduce the countdown clock for your first titan drop, or even convince the other team’s robot help to change allegiances. It’s a very slick and easy to use system that can certainly have an effect on the game if the right card is used at the right time, but it would be nice to use more cards more often. If you play Titanfall often, you’ll find that you can quickly burn through your 3 cards since each card is only good for 1 life in 1 match.

Overall Titanfall really deserves its 8 out of 10, but it doesn’t get all 10 points due to a few issues. The one I hated the most is how this game is a series of loading screens. You load into the game’s main menu, and then into a game server and finally into the match itself; and to make matters worse, each of these load times feel a little too long for modern games.

Other issues include the fact that the game tends to stutter if you put too many titans in the same area of the map at the same time. Since the campaign is only an online mode with some extra stuff happening in the background, there will come a time when the campaign cannot be completed because no one is online to play it. I also wish that Titanfall came with a little bit more of everything; having a few more maps, a few more game modes, and a few more gadgets could not hurt. In its current state, Titanfall is put together very well, but I fear that people will go through all the content a lot faster than the average gamer would expect.

I should also admit that my biggest fear going into this review was the multiplayer servers. Battlefield 4, Sim City in 2013, and even Plants vs Zombies: Garden Warfare are all EA games that had server issues to some extent when they launched. I was expecting Titanfall to be the next EA game with major online problems, but all of the server issues I’ve experienced in Titanfall can be found in any multiplayer focused game. More importantly, there have been no issues on the same level as those that gamers experienced when Battlefield 4 launched on the Xbox One and PS4.

Actually, there is very little to complain about when playing Titanfall, but I didn’t find any reason to climb a tall mountain and scream my love of Titanfall to the heavens either. The hype you’ve been hearing is more hyperbole than gospel. Titanfall is simply a twitch based first person shooter made by a team known for making solid twitch based first person shooters. It certainly deserves your hard earned money, but not your eternal soul.

I was expecting Titanfall to be the next EA game with major online problems, but all of the server issues I’ve experienced in Titanfall can be found in any multiplayer focused game.
REVIEW SCORE
8
File Under: Call of Duty, Microsoft, Titanfall, Xbox