The Witch And The Hundred Knight (PS3) Review 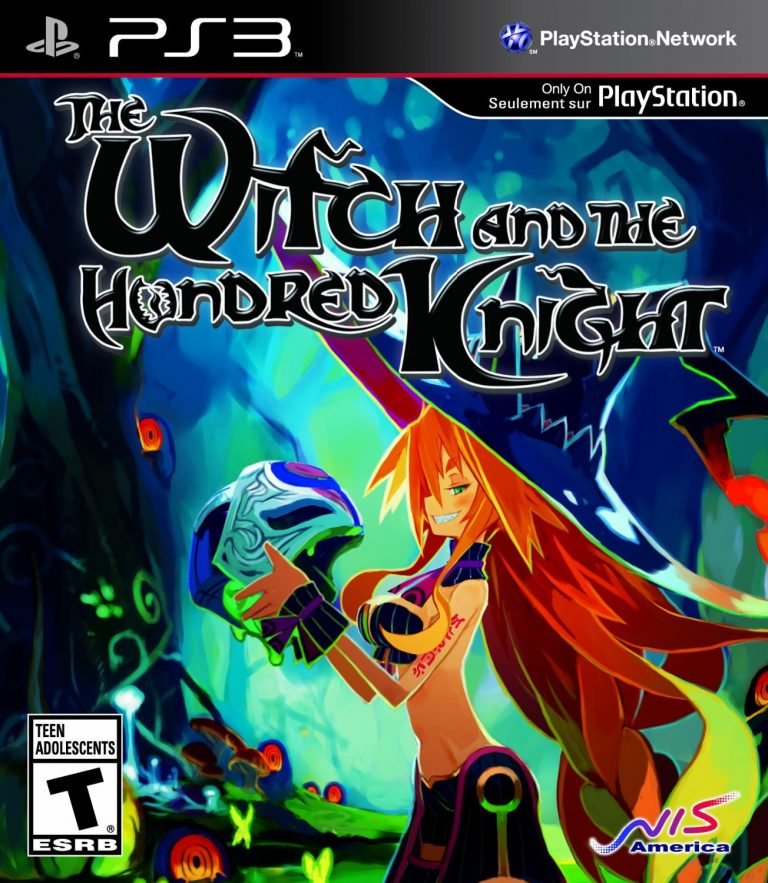 Action RPGs are tricky things. They need to walk a fine line between having substantial systems for character advancement and loot, but at the same time need to satisfy the urge to press a button and kill lots of things without putting too much thought into it. Diablo on its better days does this. As does the Borderlands series. Nippon Ichi Software got a little taste of that magic when they published Vanillaware’s Dragon’s Crown in Europe, which was an ode to multiplayer dungeon crawling madness. This time they tried it themselves with the single player experience of The Witch And The Hundred Knight, but it only just barely manages to pull off the trick.

Many Elements, No Coherence

Metallia is a swamp witch in exile trying to expand her empire by blossoming pillars scattered around the land which make the terrain swampy and allow her to leave her region. In order to do this, she’s summoned up a mythical warrior known as the Hundred Knights, which turns out to be one small, dopey knight that’s not too bright. Undeterred by this, Metallia sends Hundred Knight out to kill the other witches of the land and extend her dominion. What follows is a tale in the comedic, random, nonsensical Japanese vein, but not in the good way of something like Kill La Kill. Poor writing and the occasional rape joke, combined with a cast of unlikable, undeveloped characters make for a tedious story.

It doesn’t help that this story, however unappealing, is not backed up by good gameplay, something that Diablo III for example, makes up for. This is a game that is half Japanese role-playing game and half Diablo, taking some of the worst conventions of both inspirations and combining them into an unwieldy whole. The top down action and loot of Diablo meets head on with elaborate—often unnecessary—menu mechanics of a JRPG. Unfortunately this mess of systems is just that; a mess.

In addition to poor graphics that look like they’re straight out of the PS2/Xbox era, basic conveniences such as characters being outlined, or objects going transparent when characters are obscured are left out. Combat is slow paced, with a complicated system of damage types for different enemies and no easy way to switch out weapons to deal the most appropriate damage to the enemy at hand. Levels are long and repetitive with no real character or appeal, and the game demands a grind fast and early. It is impossible to win without grinding, as opposed to a lot of contemporary JRPGs that allow players to breeze through the main story and only grind if they’re serious about the optional side-quests. Even the loot fails to excite as you never even get to see it, merely the stats, without any readily visible improvements in gameplay once you start using new equipment.

And finally, there are all those systems. There’s a system for raiding houses for treasure, which, in and of itself has no apparent connection to the rest of the game. Systems for collecting different minions for different purposes which is far more developed than needed for what amounts to a Zelda/Metroidvania-esque  mechanic of accessing previously locked off levels with new tools, and even a system for changing classes that doesn’t make an appearance until several hours into the game, when most fundamental mechanics should have already been implemented. It’s almost as if a few different teams at Nippon Ichi came up with a bunch of interesting design concepts, but didn’t have the budget to expand them into their own games, so threw them all into this one and hoped for the best. It’s not a gamble that panned out.

If you’re absolutely starved for some kind of JRPG content with a bit of Japanese narrative whackiness, then Hundred Knight might be for you. Most other people are probably better off waiting for a stronger title to come out, or, simply replaying FFX HD since that was also recently released to market and is a JRPG done right. The Witch And The Hundred Knight is not an absolutely broken game, but it’s not one that works particularly well either.

The Witch And The Hundred Knight is not an absolutely broken game, but it’s not one that works particularly well either.
REVIEW SCORE
5
File Under: NIS America, PlayStation, RPG, Witch