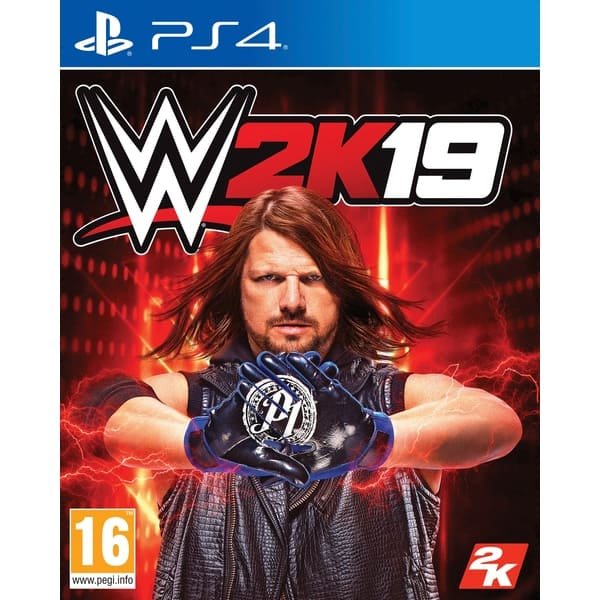 WWE 2K19 is not boring, and for that alone it should be commended. For the first time in years, getting virtual wrestlers to do cool things is easier, thanks to smarter move sets and a less demanding set of mechanics.

There’s a Showcase campaign mode with a surprising level of additional detail. Hell, even the traditionally horrible MyCareer campaign mode has some legitimate flair to it. “Woo!” indeed. Yearly franchises don’t about-face this often, nor this successfully, so as a certified mark I’m definitely happy.

And yet, even with all the positive changes, this is still not a very good video game. For all the improvements made to the gameplay’s core, everything surrounding the moment-to-moment wrestling is as frustrating as ever. Textures and prop modelling look as if they’ve been directly lifted from the PS2 WWE games, with voice acting and AI to match. The Universe mode still feels completely aimless, lacking any real direction or objectives for the player. And the list of head-scratching content omissions remains as long as ever. We have to walk a narrow tightrope here: this series is on the right track and I’ve even had some fun with this year’s installment, but the game is just not worth full price.

You see, the majority of WWE video games are terrible. Even the ones people like have their issues because the “sports” part of “sports entertainment” still hangs there like a bloated, stinking albatross. Because legitimate mainstream outlets like ESPN and Sports Illustrated cover WWE regularly now, the games had to pretend like the whole enterprise isn’t the semi-evolved version of a carnival scam. Maybe that obligation manifests in the MyCareer being a joyless, corporate-approved slog up the WWE ranks, maybe every wrestler plays like they’re running through waist-high mud, maybe doing any cool move requires a series of arcane button commands. No matter the specifics, it all comes in the same flavour: boredom.

Now, in WWE 2K19, the MyCareer sends you into the physical manifestation of the multiverse with Matt Hardy to learn that you’re a reincarnated polar bear. You will then go on to use that information to power up for your battle with Bray Wyatt inside a steel cage. A lot of the game’s best content can be found in MyCareer, which ultimately amounts to an extremely meta WWE self-insert fanfic. It’s campy and self-aware in equal measure, completely unashamed of wrestling’s modern soap opera clichés.

That newfound level of creativity doesn’t necessarily mean that the positive gameplay changes come in the form of sweeping reinvention. Instead, the mechanics feel like a sped-up version of the game we’ve been playing for the past couple of years. That, coupled with smart changes to the default movesets that make it easier for players to do cool things like Daniel Bryan’s corner dropkicks, makes the act of playing WWE 2K19 not completely joyless. But that garbage default submission mechanic is back, the AI remains as brain-dead as ever, and the sheer amount of possible context-sensitive actions available at any given time means you will always be frustrated at your chosen wrestler for doing the opposite of what you intended. I’m sorry the left stick wasn’t at the pixel-perfect angle that would have convinced you to throw my opponent into the corner, photorealistic version of Jimmy Havoc I downloaded off PSN, but did you really think I wanted to throw him into the ropes one foot away from the turnbuckle instead?

Here is the part of the review where I will pedantically list everything that isn’t in the game but should be. Current NXT Champion Tommaso Ciampa is missing, despite being in last year’s game. NXT mainstay and fan favourite Nikki Cross is also MIA. Recent NXT Tag Team Champion Trent Seven is nowhere to be found, but his British Strong Style partners Tyler Bate and Pete Dunne are right there. The B-Team is still all Miztourage’d up, Goldberg and Edge are missing their 100 per cent readily available modern Titantron graphics, and the Shield as a faction gets zero pre-installed representation. Triple H has two themes, but both of them are different versions of ‘The Game,’ with ‘King of Kings’ not available. If you want to change any of the attributes for any pre-existing wrestler, you have to pay $5. There’s nothing here quite as bad as Kevin Owens being stuck as “The New Face of America” for a whole year, but once again, it’s up to the fanbase to plug in the gaps. I know the cutoff for big changes is somewhere around WrestleMania, but Shinsuke Nakamura’s new entrance is in there, along with the recent Money in the Bank design and arena. The ever-present content concessions make the game feel cheap, like a budget title inflated to full price because of the name recognition alone.

Actually, now that I think about it, that’s probably exactly what WWE 2K19 is: a secret budget game. I have almost no reason to believe any real money was spent here, there’s no way any game that looks this crummy can’t run at 60 FPS on modern consoles, let alone sub-30 when it has to split-screen two wrestlers. You shouldn’t buy this game at full price, but if you’re one of those wrestling fans who is planning to buy it anyway, then it’s a revelation compared to the last few years of utter trash.

WWE 2K19 is the best this series has ever been. It’s still not good enough.
REVIEW SCORE
5
File Under: 2K Games, PlayStation, Sports