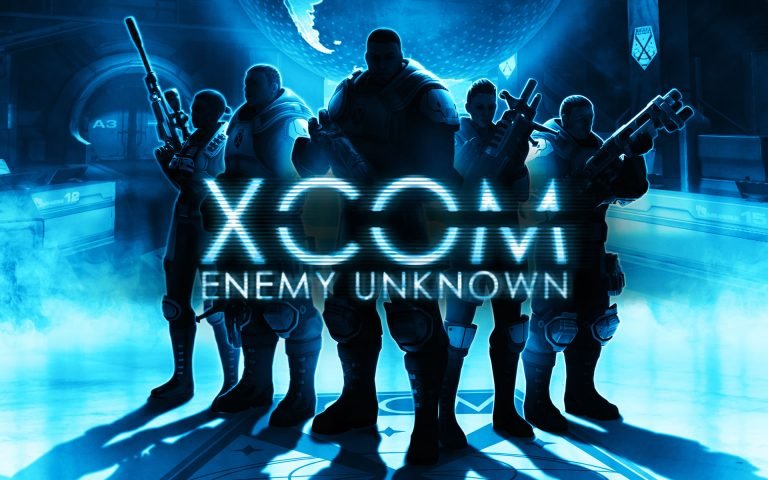 Back in 1994, Julian Gollop, working under the suggestion of his publisher Microprose, turned his intended sequel to his strategy game Laser Squad into a new game. He stripped away the futuristic trappings, put in an alien conspiracy and, most dramatic of all, a budget/base building component. That game became X-Com: UFO Defense and it is regularly hailed as one of the greatest strategy games of all time. 18 years later, Jake Solomon of Firaxis brings the franchise back. And unlike other revived properties from the 90s such as Duke Nukem, this is a return to familiar form that works in spectacular fashion.

As with the 90s original, XCOM: Enemy Unknown is about the sudden, brutal abduction and destruction of Earth’s cities, and a task-force created to stop the incursions. The XCOM unit, with funding from various nations, boasts the best troops and technology with the goal of defending Earth and understanding the reasons for the sudden aggression. Along the way people die, discoveries are made and new challenges arise. It’s not a particularly original story, but it doesn’t have to be, because the real stories, the ones you will remember, don’t come from cutscenes, but from the battlefield.

This is a game where the most memorable tales are of your sniper missing what should have been easy shot, throwing an entire squad into jeopardy, or the new rookie that manages to get take on a Muton with a panicked shotgun round and saves the day. This is emergent narrative that tells itself in the playing of the game, through the decisions you’ve made. It’s a rare style in gaming, but ultimately one of the most effective, guaranteeing that XCOM will fill the internet with tales made by the players themselves, and in a medium about interactivity, that’s the very best kind of story to tell.

Looking at the graphics, XCOM has made the jump from isometric pixels to full blown polygons, and the result is moody and effective. Once again, the Unreal engine has been employed and—at least on consoles—that means blurry textures occasionally appear at the beginning of battles that properly resolve themselves once the fight gets into full swing. That quibble aside, the graphics generally appear and perform at high, stable standards, with an “action figure aesthetic” that carries through to even the ant farm/play-set perspective of your base. All the familiar aliens like the Sectoids and Mutons have gotten the expected facelifts for their HD debut. Also, despite the fact that the game is still played from an isometric perspective, Firaxis have employed “glam cam” moments to show close ups of aliens and particularly spectacular kills. It’s not necessarily the most distinct look for the series—the armoured up soldiers can resemble generic space marines—but the aliens and the locales help make up the lack. The home base is wonderfully busy, an almost literal beehive of activity where you can see soldiers running on treadmills while captured aliens fret in their cells. This is a game with focused, purposeful visuals, and they all work well in that regard.

For the sound, the original X-COM was hailed by gamers for its creepy atmosphere and unsettling sound. Canadian composer Michael McCann—who scored Deus Ex: Human Revolution—steps in with an arsenal of synthesizers to update the 90s score. During actual battle sequences this music bears a strong resemblance to the Mass Effect series, but it still works well. Voice work is functional, with a limited range of voices to assign to you various soldiers as they acknowledge your orders. The main story isn’t front and centre here, it’s clearly not as important as the one you tell yourself, so there’s no great fountain of voice acting even from regularly appearing support characters such as Operations Officer Bradford, or your head researcher, Dr. Vahlen. They provide flavour and accent the fiction of you being in charge of a last line of Earth defence, but their performances aren’t critical. The sound effects are functional, all of it coming through in Dolby Pro Logic II if you have the gear for it, with clean effects for the signals and nice, punchy effects for things like the report of sniper fire or the hum of a plasma rifle. The isometric nature of the game guarantees that the sound effects are not always “in your face,” but when they are, they set the mood.

The short version of this review is; if you’re an old school X-COM fan that will settle for nothing less than exact recreation of the original with just a new coat of HD paint, then you’ll hate this game passionately. For everyone else, this is the first must-buy turn-based strategy game since Valkyria Chronicles in 2008. XCOM takes the concepts and mechanics of the 1994 classic and puts them through a wind tunnel to get a leaner, faster but still no less lethal result.

You still take control of a squad of crack troops, send them out into the field and direct their battles on a turn-by-turn basis. You still bring back alien salvage from your encounters and juggle time and budget constraints to conduct research for better technology and expand your base and satellite/interceptor coverage. You also still walk a political tightrope, ignoring and appeasing the countries that fund you, trying to woo them to give more money, or alienate them with enough neglect that they leave the council entirely, with eight countries quitting resulting in an automatic game over.

All of these concepts survive in this 2012 reimagining, but all of them with changes. Combat has the biggest—and for old school fans—most controversial series of changes with the removal of Time Units, or TUs. Instead of calculating how many TUs are required for movement, firing, or equipment use, all soldiers now get two “flags,” to be used either for movement, combat or some other action. With the exception of snipers, most soldiers can move and take action within their turn, drastically simplifying and speeding up the usage of turns. There’s also a much smaller cap on the maximum number of soldiers available on a mission, a surprising total of six, compared to the original’s end game caps of over 20 soldiers. Instead, soldiers get Call of Duty-ish “perks” that grant veteran troopers special abilities within their class, making them more powerful, useful and valuable.

The smaller, squad based combat places a heavy emphasis on cover and placement. Some of the most intense battles in the game are won and lost through a combination of fortune and strategy, relying on the player to smartly position troops and take advantage of weaknesses in enemy tactics. Flanking, surprise attacks and suppressing maneuvers are all viable strategies that can put troops in positions where they can win the fight, sometimes with great sacrifice. That’s the one area where the game still plays out just like the original; death is permanent and often costly. You can always hire more troops if you have the cash, but you can permanently lose the skills of a highly experienced trooper in any battle at any time. It’s a heavy dosage of risk that’s been absent from gaming for quite some time.

The streamlining of the game continues to other aspects as well. No longer do commanders have to worry about manufacturing ammo, but they are also denied the opportunity to build and manage multiple bases. In many, many ways Firaxis strategy of stripping away the frills and redundancies have made a leaner, much faster game that plays true to the spirit of the original X-Com without getting itself bogged down in vast amounts of micro-management during the end game the way the 1994 classic did. On the other hand some of the omissions—like randomly generated maps and fighting off an invasion in your own base—feel like lost opportunities that could have added even more dynamic value to the game.

And finally there is the addition of multiplayer. Players can go online for one on one ranked or unranked matches, playing as humans, aliens or mixed teams. It’s a great addition to the game and creates some of the most tense and memorable battles as two people pit their best tactics—with a little bit of help from luck—to see who comes out on top. Players have a handful of points to outfit their units with, and take each other on in matches where each turn is timed at two minutes each. Once again, there’s a small sense of lost opportunity as the relatively meagre handful of maps means experienced players will quickly learn optimal strategies for each. It would have been better to go with randomly generated environments, as the original game sported, but we’ll probably have to make do with additional maps made available later as DLC to buy.

These minor quibbles aside, XCOM: Enemy Unknown captures the spirit, intensity and gruelling victories of the original but sheds much of the tedium that plagued the 90s title in its later stages. Its smaller, squad and cover based combat opens up an enormous playground of tactics, and every fight is earned. This is easily the best strategy game of 2012, and a contender for Game of the Year. The only things that hurt it are some minor omissions that are probably being looked at for the inevitable sequel.

Its smaller, squad and cover based combat opens up an enormous playground of tactics, and every fight is earned.
REVIEW SCORE
9
File Under: 2K Games, Canada, PlayStation, XCOM