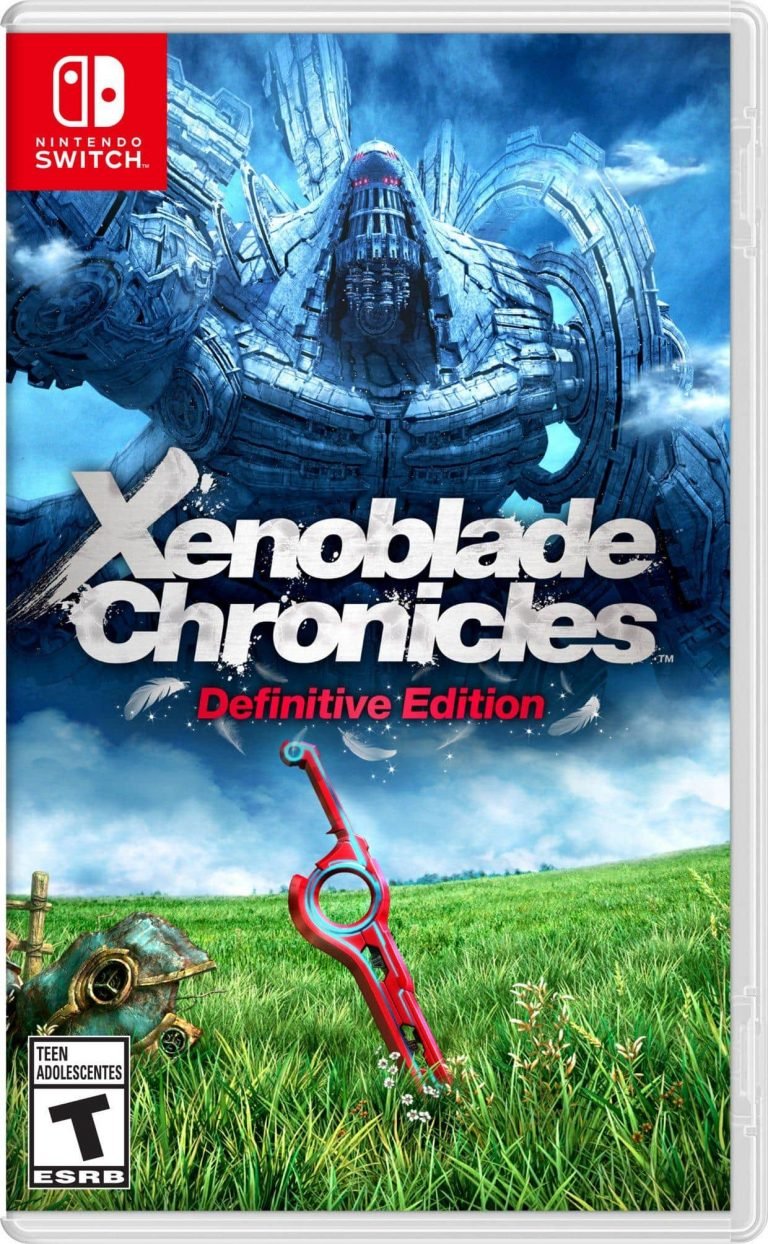 For as popular as the Xenoblade series has become, I’d be willing to wager that a sizeable portion of its fanbase hasn’t played the first in-game in the series. With its late and limited American release on the Wii and a port being made exclusive to newer 3DS models, the original Xenoblade Chronicles has never been what I would consider an easily accessible game. Not only does Xenoblade Chronicles: Definitive Edition solve this issue, but it gives Switch owners what is easily the best rendition of an already amazing JRPG, allowing it to stand proudly next to its sequel.

For those who don’t know, Xenoblade Chronicles is open-world JRPG developed by Monolith Soft, which was first released on the Wii in 2010 in Japan. The game received an American release two years later after gaining attention from hopeful fans in the west. Xenoblade Chronicles takes place on top of two giant titans known as the Bionis and the Mechonis, where a war between mankind and robots called Mechon wages on. Players follow the game’s protagonist, a boy named Shulk, as he sets out on a quest to defeat the Mechon and uncover the mystery behind the weapon said to be able to defeat them, the Monado.

Xenoblade Chronicles uses its unique setting to tell an engaging, and sometimes dark story. What grabbed me most about Xenoblade Chronicles’ story, however, were its well-written characters. The way Shulk and his companions interact feels so natural that it was easy to get a sense of the relationships between the characters, a positive aspect that bled into Xenoblade’s gameplay as well. As an extra bonus, Xenoblade Chronicles: Definitive Edition’s features a lengthy bonus story for players to check out, acting as an epilogue to the main game. Thankfully, returning players who are eager to experience this new chapter can do so from the game’s title screen without having to play through the entire game.

Xenoblade Chronicles: Definitive Edition gives the Wii title a much-needed graphical overhaul to bring it into the modern HD generation and for the most part, it does a fantastic job. In fact, if it weren’t for the occasional stiff animations and poor mouth syncing, I wouldn’t blame anyone for thinking this a Switch exclusive. The new character models bring a lot more colour to the game while highlighting just how unique their designs are, bringing Xenoblade Chronicles a bit closer to its sequel stylistically. The enhanced remaster also performs great on the Switch with no signs of slowdown and almost nonexistent load times. Xenoblade Chronicles: Definitive Edition retains the same English dub as the original which brings a lot of charm, but those who aren’t a fan will be pleased to know this time around that the Japanese dub is included as well.

Xenoblade Chronicles plays closely to a standard MMORPG. Players control one character out of a party of up to three and explore the game’s expansive world, picking up quests from NPCs, collecting loot and materials scattered around and engaging in combat to becoming stronger as they progress through the main story quests. The game’s side quests are simple, often boiling down to collecting a certain number of an item or defeating certain monsters. I did appreciate that once these tasks were complete, the quest would end immediately, without forcing me to back and forth unnecessarily, not that it would be difficult to do with how many fast travel options the game offers for no charge at all. One game system that fell flat for me, in the end, was the day and night cycle. Some quests can only be found and completed at certain times of the day. While this is understandable, Xenoblade Chronicles’ quest log makes no mention of the times quests were picked up so for the few where speaking to a certain NPC was required, I was left to check around the clock until the time they’d be active. This never became a big issue, but it’s a simple problem that would’ve required a simple solution.

Considering that combat is largely what players will be doing the most of, I am thankful that Xenoblade Chronicles: Definitive Edition goes above and beyond when it comes to making sure that battles never become monotonous or repetitive by giving them a number of options to approach nearly any situation. After locking on to an enemy, auto attacks are performed whenever the player moves within range of their chosen target. These auto attacks not only deal damage, but each attack builds up their characters special abilities, known as artes. Managing the player’s eight selected artes and using them efficiently becomes a primary focus of Xenoblade Chronicle’s combat and become a mandatory way of progression thanks to the break and topple mechanic. Certain techniques can cause a break status on enemies, allowing them to be toppled.

For some enemies, being toppled is the only way they’ll receive damage but how players go about this is totally left up to them. I haven’t even touched on Xenoblade Chronicle’s other unique battle mechanic, which is tied to Shulk’s sword, the Monado. In addition to granting Shulk access to a separate set of artes to use in battle, it also gives players a preview of potentially lethal incoming attacks and shows players who they’re directed towards. From there, players are given a time limit to prevent the incoming attack on their own or by warning their ally and selecting one of their registered artes to prevent the attack on their own. This mechanic puts players in a more tactics-oriented role and encourages them to familiarize themselves not only with their selected character’s abilities but their entire party’s. With all these mechanics and more, Xenoblade Chronicles: Definitive Edition runs the risk of seeming overly complicated, but the game’s easily accessible tutorials and well-executed pacing do a great job at keeping players from feeling overwhelmed.

I knew Xenoblade Chronicles was a quality title, but I did not expect its remaster to blow me away in the way that it has. It tells a gripping story and features gameplay so addictive that I was actively looking for battles to get a chance to come up with new strategies. The game’s new visuals help to enhance what is already a grand level of worthwhile content for newcomers and old. Suffice to say, Xenoblade Chronicles: Definitive Edition is nothing short of a must-play for Switch owners.

Xenoblade Chronicles: Definitive Edition is without a doubt, the best way to experience Shulk’s story and manages to earn a place as a standout title in the Switch’s overall library
REVIEW SCORE
9
File Under: Nintendo, Nintendo Switch