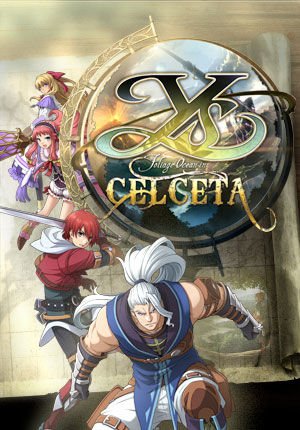 Of all the RPG franchises in history, few have as strange of a legacy and release schedule as Ys. As an example, look no further than Ys: Memories of Celceta, the third take of what was originally Ys IV, and the first developed by series creators Falcom.

Released for the PS Vita in 2013 in North America, Memories of Celceta is being ported to PC for a brand new audience to experience it. But whereas the original version became one of the definitive RPG’s on Sony’s handheld, the PC port struggles to stand out despite its compelling battles.

Memories of Celceta follows series protagonist Adol Christin, who is suffering from near total amnesia following an expedition. With little to go on, you’ll control Adol and a slowly growing band of party members as they explore the monster-filled Great Forest of Celceta. Amnesia is a good metaphor for the story as a whole, which has little in the way of memorable dialogue, characters, or plot. Even if you haven’t played a Ys title before, the generic quality of the plot will feel familiar.

It’s refreshing that the gameplay itself picks up where the story left out. The vast majority of the game is spent controlling a small party of three as they explore Celceta itself, slowly building out the map as you do so. The exploration is enjoyable and seeing your map develop and change as you learn new abilities is satisfying throughout. While the suffering from amnesia cliche does not do much for the story, it is incorporated into the gameplay in a clever manner. Every now and again, you’ll uncover Adol’s forgotten memories, which grant stat boosts and other benefits when you touch them. It’s a neat mechanic, and further enhances the exploration motif.

The action combat is where Memories of Celceta truly excels. There are a wide number of options in battle, from chaining basic attacks to executing well-timed skills, to dodging and guarding to exploit enemy weaknesses. The system rewards skillful play and has a near perfect balance between difficulty and ease of use that is often hard to find in similar titles.

As for how Memories of Celceta plays on PC, the game features a fully remappable control system that can fit most needs. Though it is perfectly controllable using a keyboard and mouse, I recommend using a gamepad, as that is the way the game was meant to be played and is the most comfortable. The addition of an enhanced Boss Rush and Time Attack modes is also welcome, though it is not the main draw. But from a gameplay perspective, this is a solid port.

The same can’t be said for the visuals. As colourful as the world of Ys is, there is a considerable lack of detail in nearly everything. Memories of Celceta was originally released on the Vita, and while the visuals may have sufficed for that platform, it does not look great on the PC, even with enhanced HD textures. Furthermore, the animations are noticeably janky – the walking and running animations are noticeably poor – and detract from the experience.

Yet as I keep thinking about Memories of Celceta, I’m continually drawn back to the gameplay itself. Even though the visuals were weak and the storyline was forgettable, exploring Celceta and challenging the monsters there was fun. On the PC, this type of gameplay is hard to find, making it a good choice for those looking to play something different from the rest of the pack. It’s just a shame that the game’s structure is not as great as the journey you experience.

Ys: Memories of Celceta is a good port on the PC, but weak visuals and a forgettable story hold it back.
REVIEW SCORE
7
File Under: Valve