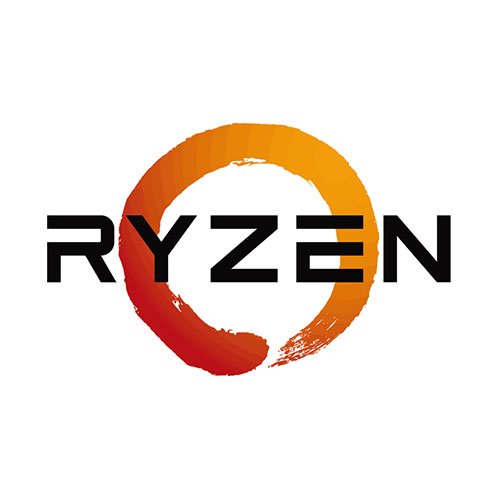 PC Gaming on a budget has always involved making sacrifices. If you want to play some of the latest games hitting Windows, you often need to buy the biggest and best. AMD is looking to change that with their new APU Ryzen lineup, the Ryzen 5 2400G and the Ryzen 3 2200G.

For those not in the know, an APU gives PC builders a CPU that also comes equipped with a GPU. While most APU’s on the market are very low-end options, offering the bare minimum of gaming abilities, AMD are looking to buck this trend with the Ryzen line—and in all honesty, they have succeeded.

AMD is no stranger to APU chips. The FX-series of chips offers acceptable performance for low-end games, making them ideal for PC builders on the cheap, and of course, the HTPC that needed the small form factor with some horsepower under the hood for encoding or minor gaming. The new lineup changes things by boasting the ability to play 1080p games at an acceptable framerate packed with Vega graphics (Vega 11 for 2400G and Vega 8 for the 2200G).

What this means in the wild is that the new lineup of Ryzen APUs has enough power to enjoy your new PC build as you wait for the GPU market to come down in price. While it won’t be running the latest games on ultra settings, through our tests we managed to achieve good results that will have most people jumping into games for less than $500 all in.

The performance on the AMD chips until last year was not amazing. They had the core clocks that could do raw work, but they were beginning to feel a bit long in the tooth. Ryzen changed that, and these APUs utilize that power under the hood. The Ryzen 5 2400G even supports multithreading, offering eight threads and four cores for all your computing needs.

Now, before we start writing checks that the Ryzen APU lineup simply cannot cash, let’s outline what these chips are able to do. The Ryzen 5 2400G is roughly equivalent to an AMD RX 550, RX 560, or even an Nvidia GTX 1030.

In real-world testing, those cards and the Ryzen 5 2400G are not able to play 1080p games at ultra and achieve anywhere near a useable framerate. In our tests, we were seeing in the low teens for most games at these settings, meaning you would need to splurge for a much more powerful GPU. But if you were only planning on buying a GPU in the $50-$100, you would find the Ryzen APU lineup manages well against these options, and at a staggering price of only $99 for the Ryzen 3 2200G and $169 for the Ryzen 5 2400G.

For all tests, CGMagazine used a custom built PC with a 500W Corsair Power supply, an MSI AM4 M350I Pro motherboard, and 16 GB G.Skill DDR4 RAM. For the Hard Drive, we used a WD Blue 3D NAND to ensure there were no complications. We also confirmed we had the onboard video memory set to the maximum 2GB to ensure the best performance possible.

As you can see, the Ryzen 5 2400G manages to stand its own against many other low-end options. The Intel onboard graphics simply does not have the horsepower to compete against the Vega graphics in the Ryzen APU lineup. The Ryzen 5 2400G and Ryzen 3 2200G clearly do not have the raw power to play today’s most intensive games at max settings, but what you can see are some solid results that make them a great choice for the budget build.

The Ryzen lineup is also easy to overclock, and with a well-built cooler in the box, you should not have any heat issues and can even avoid a third party cooler should you not wish to dish out the extra cash. As with most AM4 motherboards, you can drop in a discrete GPU should you want to push the abilities of new PC Build. While the Ryzen APU lineup is limited to 8X PCI performance, in most cases at 1080p this should not be an issue, and even on some of the most demanding cards, the drop in performance from 16X to 8X is minor in the majority of games.

Overall, the Ryzen APU lineup is a notable achievement for AMD. The chips offer an astounding price vs. performance level, especially when you consider what a competing CPU and GPU combo would cost from Intel or even another member of the Ryzen lineup. While you won’t be pushing polygons at maximum on the latest games, it is more than enough for esports titles, modern games at medium settings, or even some older titles at max with more than acceptable framerates. If you are looking for a new starting build, or a secondary low-cost PC, look no further than the Ryzen APU offering. AMD have built some of the finest APU’s ever seen on the consumer market, and it marks a great start of 2018 for the chip giant.

Hardware tested on a retail version of Windows 10 Pro, with all the latest updates. All hardware tested using pre-release drivers and bios, with all tests done at least four times to ensure accuracy.

With the AMD Ryzen APU lineup, AMD has shown that it is possible to play leading games on a budget PC and not need to sacrifice enjoyment and graphics.
REVIEW SCORE
9
File Under: AMD, CPU