A Great, But Expensive Mid-Range GPU 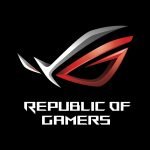 The ROG Strix Radeon RX 6700 XT OC is an impressive looking and performing GPU. Sitting at the high-end of AMD’s 6000 Radeon lineup, it delivers looks as well as raw horsepower that makes it an ideal card for enthusiasts and new PC builders alike. Featuring all the design elements you would expect from an ROG Strix card, along with a clean triple fan design, the ROG Strix RX 6700 XT OC looks fantastic in and out of the computer case. This is a card made to perform, and the design is just a taste of the power waiting under the hood.

I have always been a fan of the ROG Strix style, with the black and grey industrial look. The triple fan coolers, and metal backplate show off the premium nature of the ROG Strix RX 6700 XT OC. If that were not enough, it even offers a customizable RGB strip that can be adjusted or turned off to give it a rawer elegance should you want to go down that route. This is a card that looks right at home in any of the ROG motherboards, with the grey and black accents working to give the graphics card a solid, yet powerful look.

Featuring the aforementioned three fan cooler, taking up around 3 slots (2.9-slot to be exact) in the case and at nearly 13 inches long, the ROG Strix RX 6700 XT OC is a hefty graphics card, made for cases with space to spare. Much like many of the other ROG Strix GPU’s we have looked at in the past, ASUS does not mess around when it comes to cooling or built quality. The ROG Strix RX 6700 XT OC is built to be a workhorse, with the backplate ensuring the card does not bend, and the triple fan design working to keep the GPU as cool as possible, even when under load, making it great for thermal performance.

Even with the fans running, the ROG Strix RX 6700 XT OC remains a very quiet card, with ASUS’ Axial-tech fans keeping it cool without making too much noise. ASUS employed some smart decisions in the design, including designing the centre with two additional fans to increase static pressure and force even more air between the fan and the heat sink. There are many reasons why ASUS is a world leader in graphics cards, and the brilliant cooling solution seen here is one of them.

The ASUS ROG Strix RX 6700 XT GPU features the specs you would expect from the AMD Radeon RX 6700 XT range, featuring 2560 stream processors and 40 compute units, as well as 12 GB of GDDR6 memory on a 192-bit bus. The card also features 96 MB of Infinity Cache, with memory speeds clocking in at 16 Gbps.

This being an overclocked variant of the RX 6700XT, the clock speeds have been pushed beyond the stock offerings, featuring speeds of 2.62 GHz for the Boost Clock and 2.55 GHz for the Game Clock. This is in comparison to the reference cards that offer 2.58 GHz and 2.42 GHz respectively, giving you a bit more room to push games as far as they can go. With the cooler in place, and delivering fantastic thermal performance, thermal throttling will be kept to a minimum on the ROG Strix RX 6700 XT, with our benchmarks showing the card achieving around 75-85MHz over reference designed 6700 XT cards.

Featuring the full range of RDNA 2 features, the ROG Strix RX 6700 XT GPU brings to the table everything you could hope for from a modern Radeon GPU. This includes Smart Access Memory, hardware-level ray tracing, DirectX 12 Ultimate compatibility, and AMD’s FidelityFX image enhancements. Sadly, this being an AMD offering, you will not see DLSS here, although for most people’s needs, this will not be a major loss.

Like most cards in the range, the ROG Strix RX 6700 XT boasts three DisplayPort 1.4 outputs and a single HDMI 2.1. The card supports a maximum resolution of 7680×4320 across up to four displays. HDCP is supported, along with AV1 and VP9 decoding and H.264 and H.265 encoding and decoding.

As with all our graphics card reviews, CGMagazine looks at a mix of both synthetic and real-world benchmarks to get a sense of how the card fairs, and how it looks compared to other competing offerings. We use our standard test rig for all benchmarks to give the best representation possible of how the different cards fair in as close an environment as possible.

Our current test bench PC features an Intel Core i9-12900K CPU, Gigabyte Z690 Aorus Pro mainboard, 32 GB DDR5 Corsair Vengeance 4800 RAM, Seagate FireCuda 530 1 TB, an MSI MPG A850GF PSU with an NZXT AIO Kraken 120 liquid cooler and an MSI 850W Power Supply, to ensure there were no power bottlenecks in our testing process. We run all our benchmarks with the same settings turned on for each card, meaning DLSS is turned off for all tests to get the best picture of the gaming performance.

First on the docket, we started things off by jumping into synthetic benchmarks, running the usual range of 3D Mark tests. These benchmarks aren’t perfect, but they’re a decent starting point for comparing this GPU to the competition from both AMD (Radeon) and Nvidia (GeForce). As expected, the ROG Strix RX 6700 XT scored a 36480, doing better than the stock 6700 XT that only managed a 35490, and even fared better than stock Nvidia’s 3070 GPU at 32808, making it a solid contender at least in the synthetic benchmarks.

Assassin’s Creed: Valhalla stands as the mainstay of the benchmark suite, offering a combination of stunning visuals, scalability and new features that put both Radeon and NVIDIA GPUs to the test to see what the real gaming performance is really like. Boasting a range of features that put even the most powerful GPU to the test, it is a game that manages to impress with both its visuals and how well it works for testing.

Interestingly, Assassin’s Creed: Valhalla managed to not only look amazing on the ASUS ROG Strix RX 6700 XT, but it also managed to show the power of the card, passing even the Nvidia GeForce 3080 in our tests. Showing frame rates of 86fps on average at 1080P, 79fps at 1440P and 48 at 4K, it stands as one of the more impressive GPUs we have tested to date. The game also looked stunning while running, showing no issues with stuttering, frame rate dips or any noticeable screen tearing.

Metro Exodus from 4A Games continues to be a fantastic benchmarking tool to see how a graphics card fairs in real world testing. Not only does its highly detailed world look beautiful with excellent use of technology like DLSS and RTX, but it also pushes the hardware hard, giving us an idea of how each card will perform in games for years to come. Exploring Eastern Europe’s wasteland has never looked so beautiful — plus now it can put modern graphics cards through their paces in demanding environments!

While Assassin’s Creed: Valhalla was very kind to the ASUS ROG Strix RX 6700 XT, Metro put it through its paces. While it still came in with respectable scores, it is here where the Nvidia cards like the 3080 manage to show their capabilities, especially when you move into 1440P and 4K. That being said, with an average 1080P of 78fps, and managing 43fps on 4K, even with everything pushed to maximum settings, the RX 6700 XT was very playable at all resolutions tested.

Cyberpunk 2077 is not the most optimized experience, even with the slate of patches from CD Projekt Red, but even with this caveat, the ASUS ROG Strix RX 6700 XT faired very well overall, scoring just below the RX 6800 XT, and the Nvidia GeForce 3070. It was more than playable at 1080P with 79fps, and even delivered a respectable 31fps when pushed to 4K.

The final game we place at the end of our list is a western masterpiece from Rockstar Games, Red Dead Redemption 2. This game is pretty much unlike any other on our list and while it may not be the most demanding option there is no doubting it still puts cards through their paces while scaling well even to less powerful offerings. While it may not be the most stressful offering, it’s still a great way to see how a system performs when placed under a little test and how it compares with other graphical delights!

I was surprised by the Red Dead Redemption 2 benchmarks, with the ASUS ROG Strix RX 6700 XT falling well behind the other RX 6000 series cards, and almost behind the Nvidia 2080. I was expecting the 6700 XT to do a bit better in this test, but even with the lower frame rates, it still was very playable all the way up to 4K.

With all the tests out of the way, we have a much clearer picture of the power and thermal performance of the ASUS ROG Strix RX 6700 XT GPU. ASUS has done a very good job building one of the best of the RX 6700 XT series graphics cards. It keeps cool even under stress, and the overclocked boost will earn you a few extra frames in the latest games, but that all comes at a cost.

As with most of the ASUS Radeon range, the ROG Strix RX 6700 XT is a premium card with an MSRP of $829.99, a large increase over the starting price of $479 for the reference cards. But with that said, ASUS has managed to make this mid-range powerhouse feel truly premium, with a great build, and cooling to spare.

Looking past the cost, the ASUS ROG Strix RX 6700 XT is a very good GPU that goes against the big guns from Nvidia and comes away looking very respectable. While I would not recommend 6700 XT for 4K, it is the sweet spot for 1080P and 1440P gaming, delivering all the fancy visual effects modern games have on offer. The ASUS ROG Strix RX 6700 XT GPU is an excellent GPU that provides real world performance, and some fantastic additions over the reference design, and would make a great addition to any new mid-range PC build, provided they can find it at the right price.

The ROG Strix RX 6700 XT is one of the best offerings in the RX 6700 XT range, but that premium does come with a higher price that does make it a bit less exciting for the casual buyer.
REVIEW SCORE
7.5
File Under: Asus, Hardware, ROG Strix, RX 6700 XT