Wireless Without The Cost 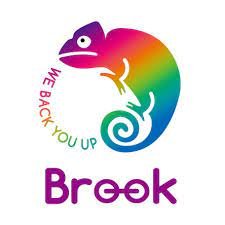 The year 2022 has given gamers a large amount of wireless controller options that are expensive to say the least and each option is specialized for one way to use right out of the box. This is where the Brook Vivid Wireless Controller for the Nintendo Switch comes in, as a controller that has multiple functions and back paddles but costs a fraction of its competition.

The Brook Vivid comes in two colourways, Sunshine for the neutral colour enthusiast and Aqua for those who wish to make a highlighted statement. The presentation is minimalistic with a matte finish, and straight out of the box it comes with everything you need to start gaming.

There is a USB 2.0 to USB Type-C cable, so the controller can connect easily to the console dock, two sets of paw print analog caps in the same vein as the Kontrol Freek brand—that don’t elevate the height of the analogs—but come included with the Brook Vivid for easier grip. There is also a smartphone holder for mobile gaming via Bluetooth and a couple of stickers featuring an anime mascot girl that reminds me of Monika from Doki Doki Literature Club Plus. All-in-all, more than expected out of the box, all good touches from the Brook brand.

Right out of the box I was able to hook the Brook Vivid wireless controller up seamlessly to my Nintendo Switch, and it was easy going from there. The weight of the controller is slightly less than the Nintendo licensed pro controller but feels good enough. The +pad feels a little stiffer, with the triggers featuring a more buoyant response almost resistant to pulling them down.

“Right out of the box I was able to hook the Brook Vivid wireless controller up seamlessly to my Switch, and it was easy going from there.”

Through some test runs using basic functionality, the controller runs as advertised, a solid wireless option for the Nintendo Switch that has satisfying button presses. The battery life is almost as advertised, while Brook promised 15 hours of wireless playtime, I clocked 12-13 hours before it demanded juice. But that’s not all Brook implemented in their Vivid option.

There is a macro function that allows the user to map certain combinations to the back paddles. This is fighting game cheat codes at its finest. While playing Mortal Kombat 11 I was able to make certain special moves operate with the back paddle presses, using Kabal’s Fatality that has four inputs before a button press was a breeze. There is also a Turbo function that has three different speeds to button mash far easier. Resident Evil 5’s Chris Redfield rock-punching scene has never been more absurd, but it’s made much easier as well as every single Resident Evil 4 QTE.

The Macro switch can also provide a ‘Shoot” mode, where holding the paddle can slow the stick sensitivity. Netting headshots in a Fortnite Battle Royale session is easier (from far away only). I HAD to be cognizant of the back paddles in this mode. It’s far too easy to slip up and press them down in frantic gun fights that require faster camera movements. After experimenting, I kept both functions off and disabled the back paddles for most games.

While the Brook Vivid functions as a suitable option for Nintnedo Switch gamers, the controller can also connect to iOS and Android systems easily. The top sync button just needs a press, and the option ‘Pro Controller’ (this is not changeable) needs to be selected for use. On an iPhone 14, I was able to play Castlevania: Grimoire of Souls seamlessly with the controller, and the response time was swift and efficient. Diablo Immortal also ran on the OnePlus Nord N20 5G without an issue, but the controller has a flaw here.

While using the Brook Vivid on mobile, the A button listed in the settings on each game used the B face button, like a wireless Xbox Controller. There’s unfortunately no way to correct this, considering each mobile title I tried had the same problem, and changing it still held the same confusion. As an avid Xbox player, this was remedied by simply NOT looking at the face buttons during play, but a patch or update could improve this. Button mapping also didn’t help, considering mobile games register the Vivid’s B button as it’s A Button. While keeping this issue in mind, the Vivid still passes as a usable mobile controller with very competitive pricing at only $35 USD.

The Brook Vivid Wireless Controller for Nintendo Switch is a solid wireless option with very competitive pricing. The overall feel of the remote is slightly off in comparison to the Nintendo Switch Pro Controller, but it swims through every task required of the gamer with ease. Additional functionality with mobile games, and Bluetooth support for PC make this a jack of all trades but a master of none. If someone NEEDS a wireless Switch Controller but doesn’t want to shell out double for the licensed options, the Brook Vivid Wireless Switch controller is a very serviceable option. An easy recommend for the cost-conscious.