All Aesthetics, No Sacrifices 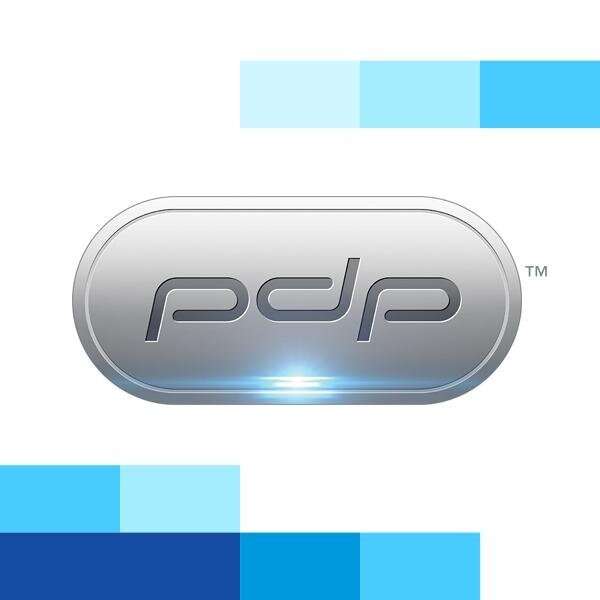 Functionality, form-factor and design are all things to look at in video game controllers, and any tech really. With the PDP Black Afterglow Wave controller for Xbox, PDP created a piece of art that checked most of these boxes, with a strong sense of refined design. The PDP Black Afterglow Wave Controller not only took careful thought of having great functional features and aesthetic wonderment, but even came at an economical cost.

The PDP Black Afterglow Wave Controller featured eight customizable RGB zones that immediately lit up vividly once I plugged it into my PC, all of which could be controlled through the PDP Control Hub app. The app also allowed me to remap buttons, reconfigure triggers, and adjust dead zones for the toggles.

Out of the box, the PDP Black Afterglow Wave Controller came with the controller itself, and an 8-foot detachable, braided USB-C cable that offered a lot of space to play with—whether I was on my Xbox One, PC or laptop. I thought this versatility and attention to distance between the console or system of use was much appreciated. The braided material cord can always be appreciated, offering minimal chances of tearing.  One suggestion would be to add an attached zip-tie-esque thing to hold the excess cord when the distance is not too long because then it looked like a tangled mess.

To add some credibility to the controller, it has been officially licensed by Xbox as well. This meant it was performance-tested and checked by Xbox to match its high-quality standards. Some additional inclusions that came with the PDP Black Afterglow Wave Controller for Xbox Series X|S and PC were its free 1-month subscription of Xbox Gamepass, and it included a two-year limited warranty.

“The PDP Black Afterglow Wave Controller featured eight customizable RGB zones that immediately lit up vividly, once I plugged it into my PC.”

As for the design, the colourful, glowing waves were stellar. The controller was available in a base black (the colour I used) or white colour. The laser-etched texture on grips, thumbsticks and triggers added some nice extra grip to hold. The feeling of the controller felt like any other well-crafted Xbox controller, but the thumbsticks stood out the most to me. I found they were a tad bit too stiff with quick jerks in faster-paced games like Apex Legends or Overwatch 2—even after some tinkering in the PDP Control Hub.

The controller included a simple mute/unmute button on the controller, along with an AUX port to plug in my headphones. Some quick audio features can be used with the one button, such as volume changing, game-chat balance and mic mute. Overall, the audio experience performed as well as most modern controllers, being that it got the job done within its parameters. I felt like there was no sacrifice in audio quality or functionality in comparison to other Xbox controllers.

Where the Victrix Gambit Dual Core Tournament Controller had a lot of customizable buttons to do more different things depending on the task or game, the PDP Black Afterglow Wave Controller had all the essential buttons for the everyday gamer. The two backpaddles felt more useful to me than the four found on other Xbox controllers like the Microsoft Xbox Elite Wireless Controller Series 2, but it also depends on what game you are playing.

“When considering the $63.00 cost, the Afterglow Wave Controller seems like a no-brainer choice for any gamer looking to spice up their controller game…”

However, I would have preferred to be able to remove the back paddles for single-player games that required me to be stealthy at times. So, I found myself re-mapping the back paddles to do nothing since I found I was susceptible to mis-pressing them in crucial moments when I played games like Cyberpunk 2077 and The Quarry.

The vibration quality was perfect for all kinds of games like Horizon Zero Dawn and Fortnite—whether it was for a single-player or multiplayer experience. The rumble stuck a perfect balance of responsiveness to react to enemy gunfire and danger. After a couple of weeks of rigorous gameplay, there remained to be no drift issues.

When considering the $63.00 cost, the Afterglow Wave Controller seems like a no-brainer choice for any gamer looking to spice up their controller game—or desperately need to get a new one, due to the old one withering away. The RGB add-on was a great touch to add some extra dazzle to a colourful gaming PC or Xbox setup—the streamer’s rainbow dream come true without breaking the bank. While I would have liked to see this controller in a wireless form, this derivative foundation managed to evolve into something simple and reliable.