Light As A Feather, Light On The Budget 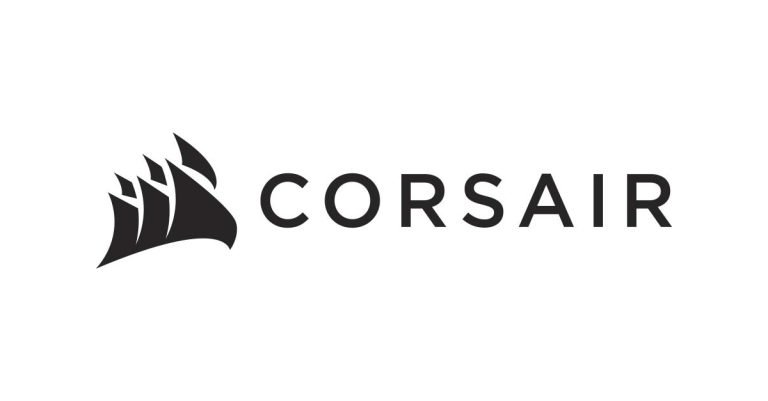 The Corsair team has been known for their competitive PC components and various computer accessories. The Corsair Katar Elite wireless gaming mouse was no different as it offered as good competition as it could. As most wireless mice of the modern age, it has three versatile options to connect wirelessly. It could be connected to a PC or MAC via the 2.4 GHz SLIPSTREAM wireless USB, Bluetooth or USB wired mode.

The Corsair SLIPSTREAM wireless technology stated how it improved hyper-fast, stable wireless connection; up to 60 hours of battery life; a 2,000 hyper-polling rate; and comes with multipoint connectivity available. Multipoint connection allows users to connect up to 3 different Corsair products with one wireless dongle. This could be a variation of just a mouse and keyboard, a keyboard and headset, a mouse and headset—I think you get the point.

Corsair also noted how their low-latency Bluetooth connectivity, which could allow the Corsair Katar Elite wireless gaming mouse to last upwards of 110 hours of battery life. That is a lot of game time. In addition to the connection hardware, this mouse has “Quickstrike” buttons that was said to have a spring-loaded design—offering zero gaps between the primary buttons and the OMRON mechanical switches. It also claimed to have 60 million clicks guaranteed.

On the flip side of the Corsair Katar Elite wireless gaming mouse, the bottom glided on its PTFE glide pads. It was fairly smooth, but I felt it did not move as gracefully as the Logitech G705. I think the reasoning behind this was that I was used to the extra 20g of weight that helped my stopping power when I glide to shoot in Valorant. This was one of the lighter mice I have used, weighing 69g without the cable and accessories.

As for the sensor, the Corsair Marksman optical sensor delivered dead shot precision with up to 50G acceleration, 650 IPS tracking speed and 26,000 DPI. While I tend to play a lot of first-person shooters like Valorant, Overwatch 2 and Apex Legends, I would probably not be going crazy with 26,000 DPI. But I figured I would test it anyways. The results were less than ideal at higher DPI ranges, as expected.

The specifications and highlighted use for this mouse was for gamers who specifically used a Claw or Fingertip grip to play. I thought it was weird to mention this because I think it still could be great for those who play with a Palm grip. However, this was a more slender and narrower mouse, so I could see how the other two grips would be preferable.

I typically use a Fingertip grip for FPS games like Valorant, Apex Legends or Fortnite because I have to be able to control my gun sprays. While I was testing the mouse, I discovered a little discomfort of finding that sweet spot of gliding. It took me a couple games in each respective game to find a DPI that suited me with this mouse.

The results were not terrible as the in-game sensitivity was not drastically changed from when I was using the Logitech G705 on the same DPI settings. I found I was cranking the DPI higher on the Corsair Katar Elite wireless gaming mouse, even though it weighed less than my previous mouse—it was a strange feeling. The ideal DPI settings were not crazily off, but landed around 200-400 DPI within the standard feeling for DPI settings of other mice at 400, 800 or 1600.

When I am playing a MOBA game like League of Legends, I usually use a Palm grip. When I was testing the Corsair Katar Elite wireless gaming mouse with a Palm grip for League of Legends, I did not feel any difference in my play style. Ultimately, the shape was not a hindrance of the three most common grips, but I could see how it was tailored more for Claw or Fingertip grip gamers.

Where the wireless gaming mouse had some small hiccups was with the two buttons on the left side of the mouse (close to my thumb). Strangely enough, the buttons did not register in Valorant when I typically set them up for team voice chat push-to-talk, and the other one for ping commands. I tried playing around in the controls to reset the buttons, but it just was not compatible with the game for some reason.

“I found I was cranking the DPI higher on the Corsair Katar Elite wireless gaming mouse, even though it weighed less than my previous mouse…”

The side buttons worked out of the box for my Logitech G705 and Razer Basilisk X HyperSpeed, so it was strange that the Corsair Katar Elite wireless gaming mouse could not do what the others could. It was small critique but was frustrating to re-jig my controls with this new mouse.

While the price point for the Logitech G705 was significantly more, the Razer Basilisk X HyperSpeed was in about the same ballpark of price as the Corsair Katar Elite wireless gaming mouse. I thought the more ovular shape benefitted me with my grip style. I would have loved to see some curves to serve as a thumb rest, but perhaps the symmetrical design was intended for an ambidextrous detail. If this was the intention, great job in the design. It was only the side buttons that would stand out for a left-handed user.

Generally, the quality and cost correlated fairly well. For $79.99, this could be a useful entry-level gaming mouse. I took a look at Corsair’s iCUE app as well. I found it was surprisingly detailed with its DPI, macro and key mapping settings. It was nothing extravagant, but enough to tinker with and adapt to different users’ playstyles and colour palettes.

While its DPI accuracy in comparison to other companies was a little off, users could still develop their own custom DPI settings with further fine-tuning and testing—either in games or in aim trainers like Steam’s Aim Labs or KovaaK’s. The same could be said for feeling out the weight of the mouse and doing some trial-and-error to find the perfect gliding and stopping techniques. The USB receiver having an on-board housing slot did add some mobility points over some other higher budget wireless gaming mice—along with Bluetooth capabilities, the mobility was there.