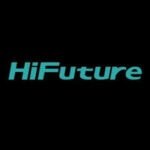 There will always be a need for good earbuds, whether it could be for passing time during a long commute or trying to communicate in a meeting that started five minutes ago. Having trusted earbuds will always be a requirement. While this portrayed a quality too far from the reaches of Bose, Sony, JBL, or Sennheiser, it was not part of the bottom tier for wireless earbuds. The HiFuture OlymBuds2 wireless earbuds found some semblance and discord within this realm of reliability and simplicity.

HiFuture stated how they researched thousands of people’s ear canals before achieving the OlymBuds2’s design. Inside the earbuds, housed an amalgamation of dynamic audio drivers—which offered a perfect balance of treble and bass. It had Bluetooth 5.3 capabilities, so less dropped connections on any of its connected devices. It was tested to last for 30 hours (with the charging case battery included). Users could expect the OlymBuds2 to withstand most environments with its IPX5 water-resistant rating.

While the OlymBuds2 did not feature anything new or fascinating to push the boundaries of innovation like active noise-cancelling, it stuck to its homely ties to what users would need. It added some flair with its touch controls for playing music and answering calls. I found the sound for incoming calls was clear, and the mic was clear for those on the other end. Users would mostly be looking for an audio device that will be worth the cost and usefulness. The $69.99 cost could be speculated as appropriate since it was not without faults.

I stressed ‘faults’ because there was one major issue with the OlymBuds2 and one possible nitpicky aspect of it. First off, the charging of the right side of the earbuds was a little bit faulty. For some reason, I could not seem to get a full charge from the right side. I double-checked and examined closely if there was anything blocking the charging holes/ports. However, there was no solution. If I had to give the benefit of a doubt, this may be a one-off issue.

“Users could expect the OlymBuds2 to withstand most environments with its IPX5 water-resistant rating.”

The lesser issue of the two was the sensitivity of the touch controls on the OlymBuds2. Depending on a user’s ear canals, a simple graze against the inner canal may abruptly pause the music a user is listening to on Spotify, Apple Music or their music app of preference. I tried readjusting them so that it would not happen but maybe my ear holes were just weirdly shaped for them.

As a counterpoint, the fit was perfect for my ears in terms of staying on. No matter how hard I shook my head, the default earbud tips for the OlymBuds2 were perfect. The earbuds did come with three other earbud tips to customize for different ear canals for users, so that was great, but I did not need to use them. Regarding the design of the earbuds and the case, I thought the earbuds were very plain. They are available in navy blue, but I had the black coloured ones.

They were small and sleek, and easy to understand the grasp of a pair of wireless earbuds of its caliber—especially after reviewing SuperEQ’s earbuds. One of the OlymBuds2’s biggest selling points was its nice touch of the LED display of the charge available in the charging case. I thought this was smarter than most charging cases with the glowing dots system or some of which did not even have this detail.

“One of the OlymBuds2’s biggest selling points was its nice touch of the LED display of the charge available in the charging case.”

A small issue with this I noticed was how the LED display was not bright against sunlight—similar to an experience of trying to see the screen of a Game Boy Colour or Advance against sunlight. For those who are a bit younger, you could imagine trying to play Stardew Valley on Nintendo Switch, but the brightness settings would be on its lowest setting and there would be sunlight blaring directly on the screen.

The OlymBuds2 sat in a weird place for me because for approximately $70, I thought it depended too much on its charging case display gimmick. To my surprise, I thought the audio balance and 3D sounds were superb, subverting my expectations completely. Even when I played Boom Beach: Frontlines and League of Legends’ Team Fortress Tactics on mobile, the audio quality was splendid with every impactful explosion. The same could be said when I was previewing Rollerdrome and progressing through my personal tribulations in Horizon Zero Dawn on PC.

While the OlymBuds2 held their own in performance and tried their best to bring something fresh, its shortcomings in nailing the basics made the experience difficult and troubling. I wished it could really nail the charging errors and had a bit more features offered with other wireless earbuds in the same price range and quality. The battery life did last about the 30 hours it boasted but only for the left earbud. I thought the OlymBuds2 was great on paper but slightly failed to stick the landing in practicality.

The HiFuture OlymBuds2 are a great pick-up-and-go wireless earbuds that manages to entertain its user to the bare minimum—nothing less, nothing more.
REVIEW SCORE
6.5
Buy Online
File Under: HiFuture, OlymBuds2, wireless earbuds