Making Pros Out Of Common Users 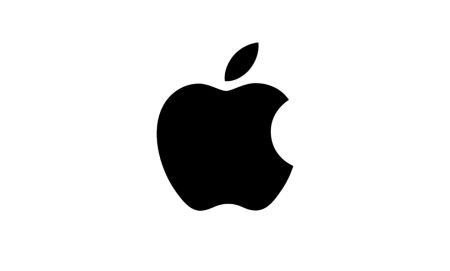 Most smartphone users have to ask themselves the same question every two years or so: do I take the chance to upgrade my phone now when my contract is done? Or is it worth it to stick it out a few more months and see what the next version of my current phone has to offer instead?

If you’re an iPhone user looking at the end of their current contract and the inevitable offers that our service providers send us, enticing us to switch horses to the newest model, I would easily recommend the iPhone 13 Pro. Apple has made a considerable leap forward in raw power with this year’s midrange offering.

For the last two years, I’ve been using the iPhone XS, so I was pleasantly surprised to unbox the iPhone 13 Pro and find it’s virtually the same size. In fact, while testing the new model, I often found myself reaching, at a glance, for the wrong phone. Side-by-side, at the same brightness level, the new screen is very similar, but sharper.

Despite the similar dimensions, the iPhone 13 Pro has a slightly larger screen than the XS (6.1” vs. 5.8”) and I’m frankly surprised by the difference it makes, lending a verticality that makes browsing and other applications much more pleasing. Of course, the display itself has had a major boost over the last two generations. This year’s model took the 12 Pro’s 6.1″ Super Retina XDR OLED display and added ProMotion tech to achieve a 120Hz refresh rate. I sometimes struggle to notice the difference in refresh rates and FPS, but the improvement here is night and day, especially over the XS’ outdated Super Retina HD tech. Gamers and artists are certain to love this new refresh rate.

Apple touts the A15 Bionic Chip in the iPhone 13 Pro as the fastest chip put in a smartphone yet, and it certainly makes a convincing argument. Personally, I’ve never found my previous iPhone models to be wanting for power, for the most part—or at least not until they were well beyond their life cycle. The difference here is subtle but palpable, however, whether surfing or playing games or streaming media.

“Apple touts the A15 Bionic Chip in the iPhone 13 Pro as the fastest chip put in a smartphone yet, and it certainly makes a convincing argument.”

Your main hindrance will be your internet speed, not the processor. Luckily, as you might expect, the iPhone 13 Pro has the latest in connectivity tech, including 5G and Wi-Fi 6, if those are available to you.

Holding both models in either hand, the iPhone 13 Pro feels considerably more solid than the XS. It actually clocks in at 16 grams heavier, which sounds meagre. But there’s a different balance to the new model, as the expanded camera array has literally thrown off the way I hold my phone. It’s almost top-heavy, and was a genuine adjustment, especially when using the bare-bones official case Apple provided for the review. I felt like I needed to keep my thumb near the base when not touching the screen, lest it would tip back. (I can’t say if this was also true of the 12 Pro, which had a similar array, but was definitely noticeable compared to other phones I’ve tested.)

That camera upgrade is impressive, however. The 12MP array packs a telephoto, wide, and ultra-wide lens in the back, and another 12MP TrueDepth camera up front. Supporting it all is a host of features that will assist you in taking the best possible photos and videos: Smart HDR 4, Cinematic mode for shifting focus in videos, 4K ProRes video, DeepFusion image processing, Night Mode, and more.

“The 12MP array packs a telephoto, wide, and ultra-wide lens in the back, and another 12MP TrueDepth camera up front.”

It’s worth noting here that the baseline iPhone 13 lacks the third telephoto lens and other features. That alone is probably worth the Pro upgrade.

To store all those photos and 4K videos, the iPhone 13 Pro comes in either 128GB, 256GB, 512GB, or 1TB models, and four colours to boot. With this range, there should be an option for everyone. 1TB might be gratuitous, while 128GB should serve the average user well, but 256GB is very comfortable and affordable with most providers.

Powering all of this is one of the most formidable batteries seen in an iPhone yet. Apple’s literature promises up to 22 hours of video playback, 20 hours of streamed video, or up to 75 hours of audio playback—a considerable upgrade from the 12 Pro, which ranked 17, 11, and 65 hours respectively.

In practice, the battery is certainly beefier than older models, but as a longtime iPhone user, it’s not the battery performance in the first six months that worries me. Every single model I’ve owned in the last decade has started to falter in this department after a year, no matter my charging habits.

Unfortunately, there’s no way to truly test such a long-range feature within the scope of this review. While I feel cautiously optimistic about the iPhone 13 Pro’s prospects here, I expect users will start to feel the crunch after a year of reasonable use, as usual. Smartphone power keeps increasing relative to battery efficiency, and this will probably always be a fly in the ointment.

All told, the iPhone 13 Pro is a workhorse phone that should serve heavy smartphone users very well. Much like the latest core iPad model, it finds that sweet spot between design, power, features, and price point. Power users could go to the Max tier, but honestly, there isn’t much that this model can’t do by comparison. The iPhone 13 Pro Max has a beefy 6.7” display and even more battery life, but the same chip.

The only thing truly missing here is the FaceTime Center Stage technology from this year’s new iPads, and the unusual weight distribution caused by the camera array is an oversight—albeit one that users will surely adapt to within time. Otherwise, it makes pro-level utility accessible, and negates the need to shoot for the top tier model to get top-of-the-line features.

The iPhone 13 Pro is a worthy upgrade from previous models. On the Venn diagram of power, features, and price, it nearly scores a bullseye.
REVIEW SCORE
9
File Under: Apple, iPhone, Review