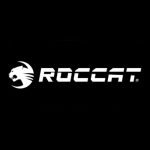 As someone who was never fully immersed in the world of PC gaming, the necessity of a high quality mouse was something that always seemed a bit silly to me. I always believed that the form and function of a good gamepad would always outshine the awkwardness of mouse/keyboard. It wasn’t until I played Bioshock on my friend’s PC that I finally understood the precision and fluidity a good mouse could provide. While I still think I prefer the feeling of a controller in my hand, there’s no denying the advantages a mouse has over them.

Since then, my gaming sensibilities and PC necessity have evolved, and the need for a precise mouse is more relevant to me than ever; both for media editing and dipping into the waters of PC gaming—to the extent that my Surface Book 3 will allow. Thankfully, the Roccat Burst Pro Air has managed to fill that need, offering high quality function, with comfort and style.

The Roccat Burst Pro Air truly earns its name, as you can immediately feel it right out of the box. The mouse is a sleek, lightweight unit—weighing in at 81g, or less than one pound. The design of the Burst Pro Air is ergonomic and feels designed to fit hands of all sizes. Coupled with the elongated right/left mouse buttons, as well as left-side buttons that perfectly line up with your thumb, the Burst Pro Air will be well suited to even the most intense gaming situations.

Furthermore, the Roccat Burst Pro Air features a dust and water-resistant “bionic shell,” that utilizes a unique honeycomb design that highlights the units dynamic AIMO RGB lighting within the frame, mouse buttons and wheel.  However, I will say the lightness of the Roccat Burst Pro Air does work a bit against it, as the left and right mouse buttons feel a bit substandard, and the whole unit feels a bit brittle and may not survive a fall of a desk if you happen to knock it off. Thankfully, I have yet had a reason to test this theory, but it is a concern, nonetheless.

“The Roccat Burst Pro Air truly earns its name, as you can immediately feel it right out of the box. The mouse is a sleek, lightweight unit—weighing in at 81g…”

In terms of performance, the Roccat Burst Pro Air is a fairly impressive mouse—though not substantially better than some of the other offerings we’ve reviewed on the site. Featuring Roccat’s Owl-Eye Optical sensor, the Burst Pro Air is capable of a DPI of 19K, alongside a 400 IPS tracking speed. What’s more, the Burst Pro Air uses Roccat’s Titan Optical Switch—which claims a 100-million-click lifecycle—so every click was incredibly fast and accurate. While not as fast as other mice on the market, in testing I found the Burst Pro Air to offer incredibly smooth performance—providing pinpoint precision in intense shooters like GTFO, or a more fluid experience in something a bit slower like Phasmaphobia.

What I really love about the Roccat Burst Air Pro is the versatility it offers as a truly wireless mouse. I’ve griped before about wireless tech that is tethered to USB dongles, so it was a relief to see that the Burst Air Pro not only offers a 2.4GHz USB connector, but also Bluetooth 5.2 for pretty seamless, low-latency use. During all my testing, I never felt any lag or connectivity issues, and set up was a snap. The Burst Air Pro also features a battery that boasts up to 100 hours of usage time—truthfully I never kept track of the time, but it genuinely felt like the mouse went a good 4-5 days before needing to be charged.

Like I said at the start of this review, I haven’t really used a lot of high-end gaming mice, but I really liked the Roccat Burst Pro Air. I would say it’s probably a pretty good entry-point for gaming mice—offering high precision with flexibility and versatility. At $129.99 CAD this is a solid offering that won’t break the bank.