Simple, But Is It Too Simple? 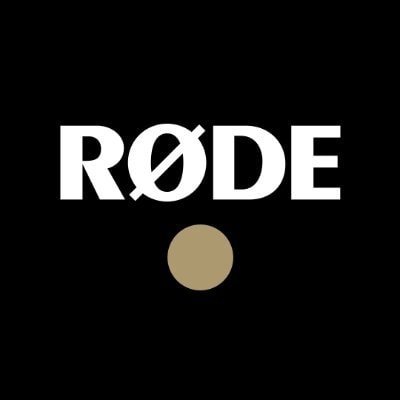 XLR Audio interfaces, for a large part, are full-on mixers that can be too large for the average streamer’s desk. There are a handful of small interfaces that are just meant to get the audio into your PC without too many bells and whistles. One of the biggest names in audio for content creators, RØDE, has a very simple alternative to contrast their incredibly robust RØDECaster Pro series, the RØDE AI-1.

The RØDE AI-1 is a single-channel XLR interface with a USB-C connection, left and right-channel monitor outputs, headphone output and dials for gain and headphone volume. It supports 48V phantom power for condenser mics that require it (Don’t turn it on for dynamic mics. It risks damaging them), and that is pretty much it. The whole device is about 50% bigger than a deck of cards, so it will tuck away neatly wherever you may want to put it.

In the box, you get the RØDE AI-1, a USB-C to USB-A cable and a quick start guide. The Input is a Neutrik Combo Jack, allowing you to connect anything with an XLR or ¼” connection, be it a microphone or musical instrument. The headphone and monitor outputs are also ¼”, so you need to make sure you have access to a ¼” to 3.5mm adapter if your speakers or headphones don’t have the appropriate connection.

Setup is fast and easy. The device is plug-and-play, and your computer should have no problems recognizing the RØDE AI-1. The device doesn’t require any software to work out of the box, but if you want to take advantage of any firmware upgrades, you’ll need to download RØDE Central, which only serves the purpose of upgrading that firmware. This gives me mixed feelings because as much as I love the simplicity of the AI-1, the option to support it in either RØDE Connect or the RØDE X Unify Software would make it the best of both worlds; a simple plug-and-play interface and a powerful all-purpose streaming tool.

“The sound quality coming through the RØDE AI-1 is so crisp.”

The RØDE AI-1’s 60dB gain (available with the latest firmware update) is enough to support even the Shure SM7B’s gain needs (albeit on the low end of the recommended gain) but is more than up for the job with your everyday microphone. My RØDE Podmic had no problem achieving optimal levels with the available gain. The interface has 24 Bit Depth and has sample rates of 44.1, 48, 88.2 and 96 kHz.

The sound quality coming through the RØDE AI-1 is so crisp. I recorded audio through Audacity as well as OBS Studio with the source appearing as Line (RODE AI-1), and it appears as a mono channel output, which is fine for a single voice. There is no VST support on the device, but you can apply all sorts of processing via whatever software you are using to record. This will cause a bit more strain on your PC, but even a below-average PC should be able to handle it without issue.

My only complaint about the device outside of the aforementioned speakers is the fact that the input is on the front of the device. This is fine for someone who uses this as a portable interface if they are bringing a guitar somewhere to record a track, but someone who will put this into their setup as a permanent fixture would probably appreciate the cable being plugged into the back, like every other device on their desk. I’ll concede that the headphone jack is still fine on the front, but that combo input jack definitely should have been put on the back, in this reviewer’s opinion.

At $169, the RØDE AI-1 is the least expensive of the top similar devices on the market, making it a fantastic entry-level product. It lacks the features of other single-channel devices, but its simplicity is every bit as much of a selling point for some as it may be a deterrent for others.

The RØDE AI-1 is fantastic in its quality and value, but is missing a lot of the features expected in the latest generation of devices. If you are searching for an interface that gets your audio into a PC without the need for any bells and whistles, then this device is a no-brainer.
REVIEW SCORE
8.5
Buy On Amazon
File Under: Audio, RØDE