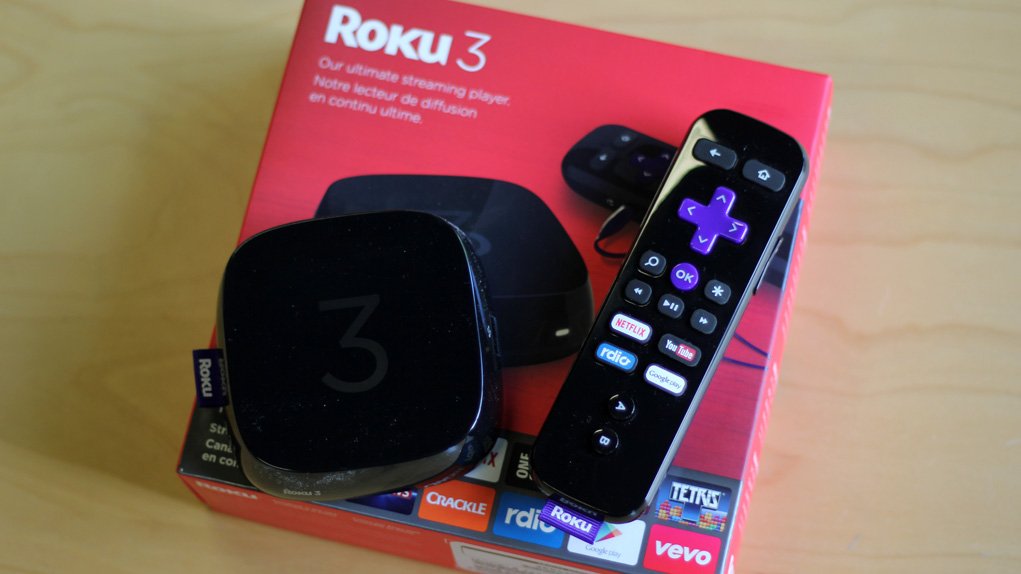 Cutting The Cable Is Easier

We now live in a world where traditional cable and satellite television viewing is becoming increasingly less of a focal point in the TV viewing experience. Between videogames, Blu-ray movies, Smart TVs that connect to the Internet and hooking up PCs for the Home Theatre PC experience, televisions are increasingly becoming just large monitors to consume our digital content. Roku currently makes one of the most popular dedicated streaming devices on the market, and even here, in Canada, it’s easy to see why with the Roku 3.
A Little More Bang For Buck

As with other such gadgets, the Roku 3 is tiny, and that’s because it’s designed to do one thing, and one thing only; hook up to your TV so you can stream web-content onto it. 10 years ago, this didn’t seem particularly useful, but in recent years, with the proliferation of services like Netflix, the growing popularity of YouTube and even specialist services like Crunchyroll for anime fans offering massive online libraries, buying expensive, cumbersome cable TV packages is starting to make less and less sense.

The new Roku 3 is… The new, upgraded Roku 2 with a different number injection molded onto the top. It has the same specs, the same performance, the same neat little box that takes an HDMI output, has a micro SD slot for additional storage, and either connects via Ethernet cable or wirelessly to your network. It’s a fast, easy to use device that should be a snap to hook up and operate for anyone with a basic working knowledge of modern gadgets in the home. On the technical side, there is nothing to distinguish the Roku 3 box from its predecessor, and yet it sells for CAD$110 compared to CAD$80 for the newest, gimped sibling in the line. What Roku has done is upgraded the 2 and 3 models so the base boxes are identical for both. However, they’ve taken the best features of the older Roku 2 model and transferred them over to the Roku 3.
What this means, is that when you buy a Roku 3, you’re really just buying a deluxe Roku 2 bundle with a better remote control. The Roku 3 remote is WiFi Direct, meaning no line of sight is required for the Roku box to detect commands. The Roku 2’s remote is infra-red, so you’ll need to aim it to use it. The new remote also has an audio output jack so if you need to watch something quietly you can plug the included earphones (or use your own) into the remote. The big feature is built in microphone, in so you can use voice search, assuming the software understands your accent. All in all, it’s very robust and powerful remote, though, as always, Roku provides the option of simply downloading an app to your tablet or phone to use that instead. It’s also got some motion control built into it, so you can use the remote–Wii style–and play some simpler games on it, or simply orient horizontally and use it as a control pad.

But here’s where the real issue with this device comes in, and it is in no way the fault of Roku itself. Roku VERY CAREFULLY markets the device as sporting “Over 2000+ streaming channels IN THE US.” This being Canada, that staggering amount of content doesn’t hold true. Yes, you’ve got Netflix, but that’s the more limited, Canadian version, and of course, there are huge, gaping holes, such as Amazon Instant Video, or Hulu Plus or HBO Go and Showtime, which all appear on the American side of this software. On the music side, Spotify is alive and well, but Pandora is still conspicuous in its absence. There are actually more services available on Roku than I’d expected, such as financial services like Bloomberg, and even Canada’s National Film Board jumps into the fray with a compilation of content from the past. According to Roku itself, Canada gets about 1400+ channels, although, as with the US version, that’s the TV equivalent of a lot of community channel programming, mixed in with some networks, and the really big broadcasters that everyone wants are still missing. There’s a smattering of food, travel, news, weather, film, TV and music channels both paid and free to get viewers started.

The dearth of major services certainly doesn’t help any “cut the cable” arguments in this country, but there’s no denying that even with the crippling lack of content on Roku 3 compared to the USA, the device itself is still the king of streaming devices. There’s just not as much call for such a device in Canada thanks to the more limited selection. There may come a time when the CRTC loosens its death-like grip on Canadian media, and if that ever happens, the Roku 3 won’t be just handy, it’ll be indispensable.

The Roku 3 remote is WiFi Direct, meaning no line of sight is required for the Roku box to detect commands. 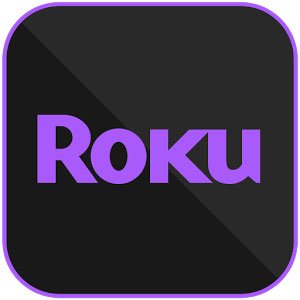