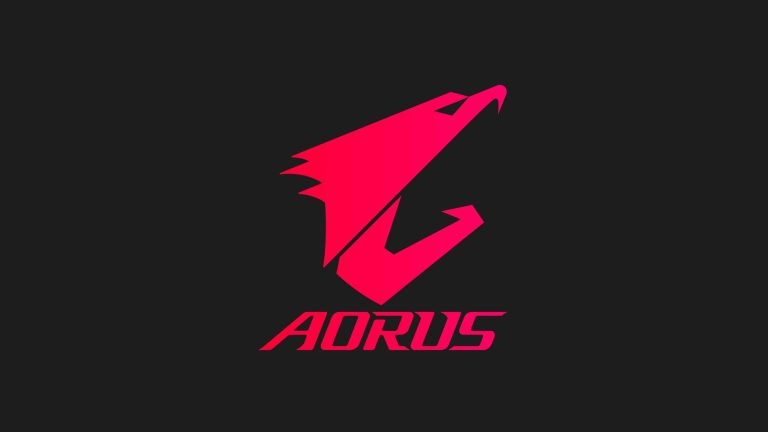 Gigabyte has pulled all the stops to make the Z690 AORUS Elite AX gaming motherboard a highly accessible upgrade for gamers. It goes past connecting all the essentials for bringing computers to life. An extra abundance of ports are made readily available with peripherals in mind. Here, the Z690 AORUS Elite AX gaming motherboard comes at a height of content creation and ever-growing setups. But along its design to keep things simple, Gigabyte overlooks a few customization features for tweakers.

As computer manufacturers launched their own gaming products, Gigabyte would respond with its AORUS line. Its own esports grade line competed with an emphasis on offering more. The gaming-first products would focus on usability over RGB substance (though that will always shine on). The Z690 AORUS Elite AX more than reflects Gigabyte’s direction to give gamers “robust” usability. This starts by including more than enough extra ports, slots and headers. Each feature also comes with ways to boost performance. Even after the basics are in, the Z690 AORUS Elite AX feels almost modular. Simply put, it’s pretty damn hard to run out of plugs or possibilities with this 12th-Gen Intel motherboard.

Durability is a strong selling point for the Z690 AORUS Elite AX. It packs a sturdy gunmetal cover for its I/O, Wi-Fi and M.2 pieces. Users can expect a peace of mind under rough-and-tough builds. Setting up the Z690 AORUS Elite AX gaming motherboard comes easy with distinguishable screws and larger holes to make standoffs erm—stand out. The built-in I/O shield saves time for builders looking for a quick 12th Gen upgrade. But it’s an even bigger payoff for gamers who want a motherboard to keep up with different cases (save for this reviewer).

It’s worth noting the board is a standard ATX size. I didn’t mind the swift change from MicroATX, since the Z690 AORUS Elite AX rewards upgraders with even more hardware real estate. The motherboard does a great job of spacing out its components. So much that each installed piece stands out for a clean presentation. GPUs are given enough room to not block necessary headers. This comes with a wide release lock that gives users easy removal. Gigabyte leaves room for its own reset switch button and the Q-Flash for a quick BIOS refresh. These considerate hardware additions add to the premium usability of the Z690 AORUS Elite AX, already packed with more than enough quality-of-life tools.

“…newer builders can appreciate using the latest and greatest parts with the Z690 AORUS Elite AX, which can take just about any 2022 component.”

Unsurprisingly, the Z690 AORUS Elite AX packs the latest support for 12th Gen Intel Core processors. Unfortunately, it’s bad news for experienced upgraders. This trades the square-based LGA 1151 CPUs for larger 1700 sockets. In other words, users can forget about backwards compatibility for previous generation CPUs with 1151 types. This also adds a slight complication for some older coolers that might have trouble fitting. But newer builders can appreciate using the latest and greatest parts with the Z690 AORUS Elite AX, which can take just about any 2022 component. The motherboard is built for gamers expecting to add top-of-the-line parts. Only Gigabyte surprises its competition by keeping the 1700 sockets, which are bound to be a standard.

The Z690 AORUS Elite AX gaming motherboard can plug-and-play with cores like my 12th Gen i5 12600K. It’s a no-frills setup that comes easy for users skipping the BIOS updates. The on-board menu system also comes easy to find with F12. Users can appreciate an Easy Mode which lays out essential info. Fan speed, CPU clocks, voltage, fan status and even boot drives are shown without any clicks required. Its Advanced mode also reflects the options that don’t hide behind sub menus. Its tweaker adds the satisfaction of changing CPU clocks and asking questions later.

Deep overclockers will appreciate Gigabyte’s effort to simplify those trial-and-errors. I’m happy to say the Z690 AORUS Elite AX supports boosting Intel CPUs past their on-paper performance. In a huge upgrade shock, I learned the motherboard can pre-determine your processor and give an instant CPU Upgrade. This literal setting offers presets to suit maximum performance and a gaming mode. All without having to do math (which you still can through manual input). It’s a highly accessible form of overclocking for new gamers eager to boost their frames. While I appreciated the ability to simply undo it all with a single click in my next boot.

The Z690 AORUS Elite AX starts to suffer without separate RGB settings. Gigabyte ironically includes built-in RGB support for addressable 5V and 12V hubs. It’s great that users can buy just about any RGB controller or fan without checking their mobo specs. For good measure, the Z690 AORUS Elite AX includes plenty of backwards compatibility for light strips and third-party controllers. But this doesn’t come together for users who want to change specific colours. As a result, I had a hard time figuring out how to customize LED strips and in-house RGB devices. Gamers can still appreciate the four light headers, including Gigabyte’s GDV types. At the cost of higher power draw, the Z690 AORUS Elite AX gaming motherboard is built with a more elegant presentation beyond its gunmetal design.

“…the Z690 AORUS Elite AX is more than ready for esports tournaments and hosting LAN parties.”

I unfortunately couldn’t get the Z690 AORUS Elite AX’s Wi-Fi to work. But it wouldn’t be fair to dismiss the speedy capabilities with Wi-Fi 6 802.11ax. Unlucky users might need to somehow download a driver to activate the board’s internet. While Gigabyte hasn’t exactly made the Wi-Fi chip instant accessible when it matters on a first boot. But its functions run on-par with leading wireless cards, saving both time and overhead costs. The board includes antennas to reach top Mbps speeds – all subjective for users with different living situations. Bluetooth 5.2 is also here to stay for users, enabling more peripherals without ports. A 2.5G LAN port maximizes streaming and in-game connections. While users should expect a seamless switch between wireless and wired internet. In other words, the Z690 AORUS Elite AX is more than ready for esports tournaments and hosting LAN parties.

But the Z690 AORUS Elite AX’s overcompensation for ports is enough to entice gamers. Accessories including mics, webcams, USB ring lights and external hubs create more possibilities for dream setups. The motherboard was built with customization in mind. So much that users will appreciate a whopping nine USB ports in its I/O. This gives gamers a peace of mind for additional controllers and other accessories to maximise performance.

Four USB 2.0 ports let users delegate faster devices. Five USB 3.2 Ports (respectfully divided by Gen 1 and 2) are reserved for fast transfer speeds for storage. An additional six USB ports are included in its internal header.This lets users easily connect their PC case’s front USB ports with extra room to grow.  The Z690 AORUS Elite AX gaming motherboard only sweetens its I/O with USB Type-C for high-powered accessories and comes as a bonus for VR users.  Gigabyte gets credit for enabling its ports without added steps. As brand-new setups keep expanding with devices, the Z690 AORUS Elite AX stays a step ahead of users with adequate future-proofing.

Intel’s 12th Gen support extends to PCIe 5.0. This upgrade to the standard x16 PCI-E slot improves performance for graphics cards. The Z690 AORUS Elite AX introduces this next-gen expansion slot, which surprisingly held up my Zotac 3080Ti with minimal sag. Its own streaming and power-to-performance capabilities were strong across my gaming test. While the PCIe 5.0 didn’t let up on my GPU with real-time bandwidth and high frame rates. The Z690 AORUS Elite AX’s readiness for high power draw means a GPU and two accompanying PCIe x16 devices can run without long-term damage. It’s a thoughtful consideration Gigabyte makes for a future-proof Z690 AORUS Elite AX.

I’m thoroughly impressed by the Z690 AORUS Elite AX’s support for four M.2 NVMe slots. Gigabyte shows a clear understanding for fast-loading games. But they also get credit for giving users options to separate work, games, media collections and Windows with multiple NVMes. The Z690 AORUS Elite AX leaves room for users to expand without replacing their drives or reinstalling Windows. While I appreciate Gigabyte’s design for one M.2 slot on top of that thick GPU for easy access. As a bonus, the Z690 AORUS Elite AX includes built-in heatsinks and adhesives to keep the drives sturdy and cool under heavy load. Six SATA ports are also there for legacy and UEFI drives. The board includes standard 6GB/s speeds to compensate for slower but cost friendly mechanical drives.

Gamers wanting good load times can appreciate the Z690 AORUS Elite AX being up to code for DDR4. It still offers acceptable speeds for DDR4 RAM. While I didn’t have any problems using my four-stick Corsair Vengeance kit at 32 GB. An on-board XMP profile in the BIOS lets me run dual-channel memory without a hitch. This is a level of efficiency that will satisfy gamers who aren’t looking to upgrade their RAM. But they’ll also miss out on the DDR5 support found in the higher-priced Z690 AORUS Elite AX revision.

Never did the Z690 AORUS Elite AX feel noticeably hot. This cooling comes with adding heat sinks over its I/O and M.2 SSDs. It’s a practical, yet tangible result for users conscious about their PC’s outtake. The Z690 AORUS Elite AX doesn’t add to any conduction by the CPU and GPU. Gigabyte evenly distributes power draw with its VRM system. These tiny conductors found on the Z690 AORUS Elite AX actually convert power to specific slots. Because of this, I actually didn’t notice my temperatures spike under heavy gaming loads. With my PCU paired with a Cooler Master MasterLiquid PL360 Flux, the motherboard was able to support the AIO. But leave room for seven fans including the cooler, case intakes and outtake.

The Z690 AORUS Elite AX is a worthy upgrade for gamers who know they will be adding more to their setups. Gigabyte takes advantage of the ATX space to make each PC part feel special. Some opportunities were missed for custom RGB and setting the wireless features up. The board comes with power optimizations that maintain performance and safe power draw. I can’t get enough of the Z690 AORUS Elite AX’s ability to instantly overclock 12th Gen Intel CPUs in less than a few clicks. While its vast I/O ports and four M.2 NVMe expansions let gamers keep upgrading. There’s plenty of room to grow in the Z690 AORUS Elite AX, which becomes a feature in itself.

The Z690 AORUS Elite AX gaming motherboard is overstuffed with features to keep up with gamers who want to expand their setups, while pairing well with Intel's 12th Gen CPUs for efficient overclocking.
REVIEW SCORE
8
Buy On Amazon
File Under: Aorus, Gigabyte, Motherboard, PC