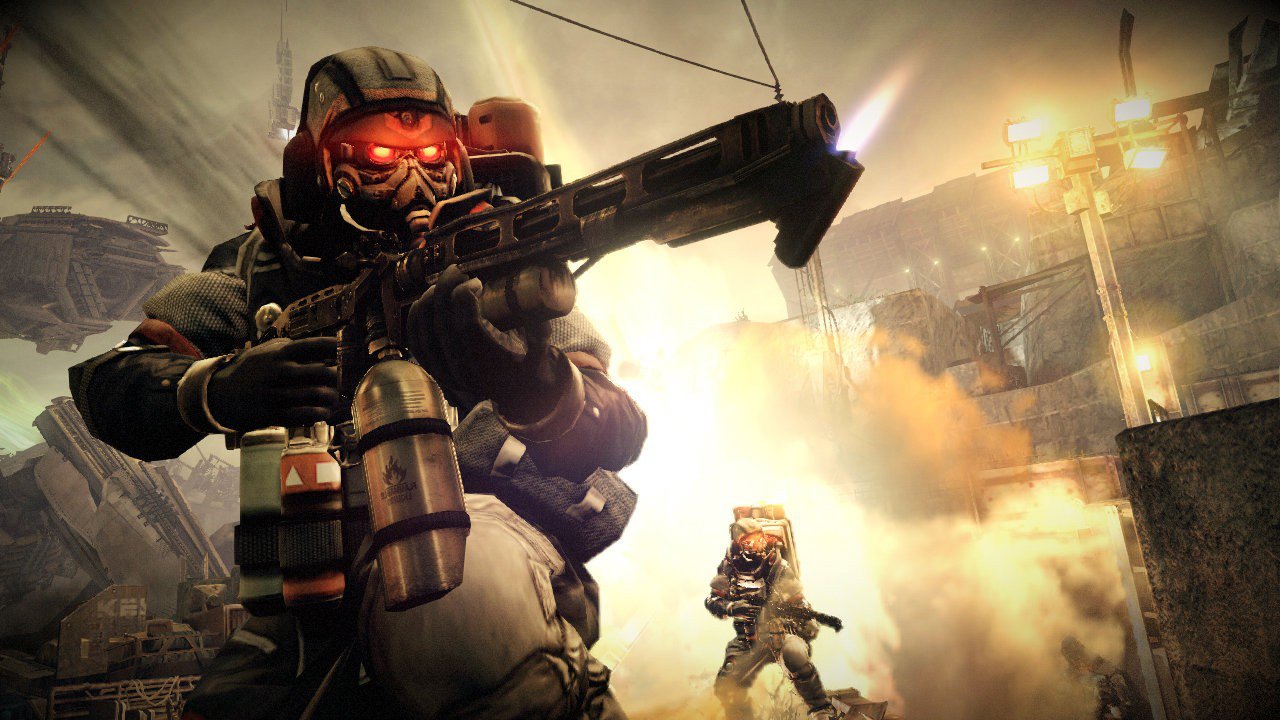 The Helghast Are Not Happy, But We Are

For a lot of PS3 shooter fans, this is the Big One. Killzone 3 may not have the mainstream awareness of Halo or Call of Duty, but for Sony, this is the flagship FPS title. It also has a lot to live up to, with its predecessor considerably upping the ante for the kind of visuals players expect on a console. Killzone 2 was, like of God of War III and Uncharted 2, the defacto showpiece for PS3 owners of what their black box could do when all cylinders were firing. Killzone 3 takes up that mantle once more with surprising ease.

The Struggle For Survival

Killzone 3 takes place literally moments after the previous game ends, with Sev and Rico watching a mammoth enemy fleet arrive just in time to annihilate the ISA invasion force. Visari the Helghan leader is dead, the ISA is scattered and the player as “Sev,” takes up arms once more first simply to survive and eventually strike back against the Helghast. The story isn’t going to win any awards, and is certainly not up to the calibre of BioWare’s best efforts, with some problematic dialog and an ending that doesn’t feel “earned,” but while it fails to strike the chord it was aiming for, at least it tried to do something that wasn’t a stereotypical, near brainless FPS narrative.

On the visual side of things, there’s little to complain about. Killzone 2 was gorgeous, and Killzone 3 is slightly more so. While there’s an improvement to the overall visuals in both technical accomplishment and artistic direction, it’s not a giant leap forward, which should come as no surprise considering Killzone 2 was already pushing the PS3 pretty hard. The single-player campaign is where the game is at its best, with a steady frame rate, rich, sharp textures and plenty of particle effects with little to no impact on performance. The same almost holds true in local co-op mode, which is a pleasant surprise, although textures can take slightly longer to load in during this mode. 3D is also added as a feature for those that have the TV for it, though it suffers from the same lack of volume that all stereoscopic 3D does, but does convey a sense of depth. Sound is mostly a triumph. Being a first person shooter, a lot of directional audio is utilized throughout, with heavy explosions and thunderous gunfire that feels meaty. The score is mostly the sort of horn-heavy orchestral compositions expected from a military game, and the voice acting is mostly competent with Malcolm McDowell being an obvious standout, despite his fairly pedestrian dialog. As with the visuals, the audio is a great showcase for your surround sound system for both clarity and use of all your speakers.

In the gameplay department, Killzone 3 plays it safe, introducing nothing to new the genre, and borrowing heavily from the successes of other franchises, notably Call of Duty.KZ3 takes the patch from the previous game that gave players tighter, faster controls to make Sev more responsive. He no longer moves like a heavily armoured solider carrying a lot of guns—which he actually is—and move more like conventional FPS heroes for whom weight, encumbrance and actual physical limitations are not considerations. Aside from that, the same intense gameplay from Killzone 2 carries over here with smart that AI flushes players out using grenades or flanking manoeuvres. The levels still show a lot imagination with some open areas for more varied combat that still have some vertical elements to keep gamers on their toes. The only major new addition to the basic mechanics this time out is the inclusion of many vehicle based “on rails” shooting sections. They occur with regular frequency, which some gamers may object to, but they’re usually neither too difficult nor too long. It’s a short campaign, which can be finished in 5-8 hours depending on player skill.

Multi-player is the real heart of Killzone 3, as it is with most FPS games, and here Guerilla manages to stand on good ground as well. The big change here is a reduction in maximum number of players from KZ2’s 32 to a new ceiling of 24 players. There are 8 sprawling maps and three modes, “Guerilla Warfare” being traditional death match, “Warzone” from KZ2 with its randomly generated mission directives, and “Operations” which is like a mini-campaign mode for teams with players moving through a series of directives that result in the best performing players appearing in in-game cut-scenes. All of them play well and incorporate the RPG-lite mechanic of players getting experience points and rank to increase their abilities as they progress in their multi-player career. A broad range of professions and perks for advancement exist and the gameplay and maps are nuanced enough that competitive multi-player FPS fans will have very little to complain about. The only minor gripe in the multi-player department is that classes are less configurable and so is the creation of matches, so people that preferred a Warzone match with only a few favorite gametypes no longer have the option of restricting it to those types. That aside, Killzone 3’s multi-player is still well balanced, compelling and rewarding for those that stick with it.

Some other additions to Killzone 3 are co-op and Move functionality. Co-op, as to be expected, is an incredibly fun way to play the game, particularly since the enemy AI gets confused by two humans working together. Unfortunately, it’s not playable online, which is an extremely baffling omission considering that in some ways it’s actually easier to implement than local co-op or 3D functionality. Move works surprisingly well, though it’s still likely not going to be the preferred way to play, especially in multi-player. There’s a definite trade-off between mobility and accuracy, with accomplished Move players making excellent snipers and long distance gunners, but being woefully under-equipped when dealing a circle-strafing shot gunner or melee attacker, as the Move system relies on a Wii-like mechanic of moving the reticle to the left or right edge of the screen before recognizing a command to turn.

In the end, Killzone 3, with its impressive complement of frills like 3D and Move functionality, is still an incredibly solid first person shooter with an accomplished multi-player component and sharply refined combat mechanics. The campaign story is uneven and ultimately fails to reach the lofty heights it was clearly shooting for, and some tweaks have reduced the former configurability of multi-player, but the shooting itself is one of the better experiences on the Playstation 3. If you like FPS games and you like multi-player with longevity, you pretty much want this in your collection.

In the end, Killzone 3, with its impressive complement of frills like 3D and Move functionality, is still an incredibly solid first person shooter with an accomplished multi-player component and sharply refined combat mechanics. 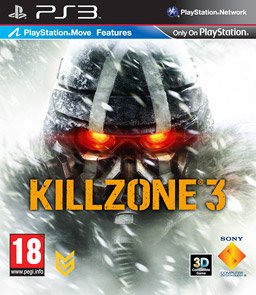