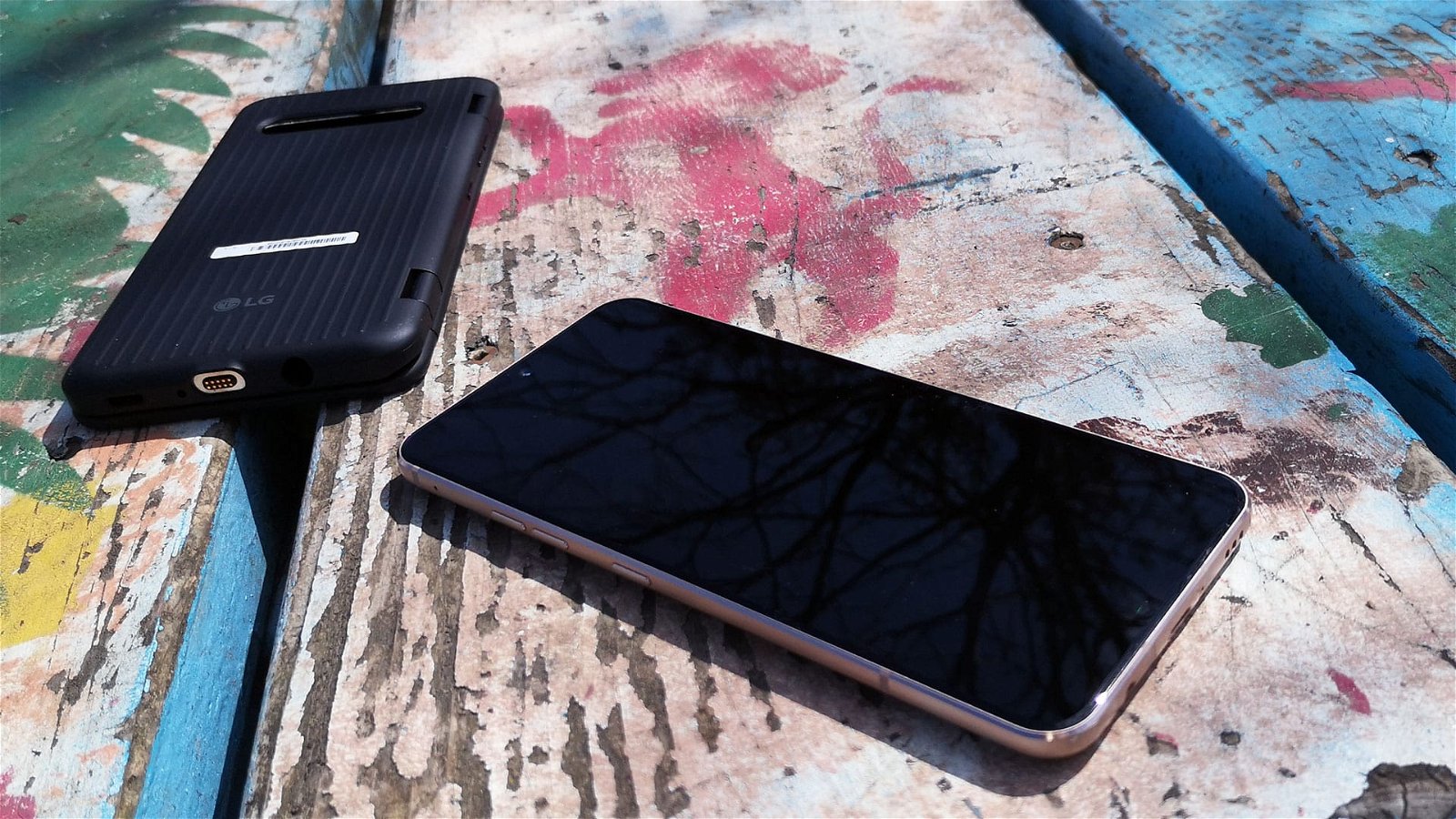 Late last year, I had the pleasure of looking at LG’s G8X ThinQ Dualscreen flagship smartphone, which ultimately left me feeling confident in the future of dual-screen equipped devices. Like its predecessor, the LG V60 ThinQ 5G is a similar device that brings with it most of the features present in the G8X, while also adding a few new features exclusive to the V60.

The LG V60 ThinQ 5G features the Snapdragon 865 processor with 8GBs of RAM and 128GBs of built-in storage, placing the V60 firmly at the top with other flagship Android devices.  Those worried about running out of space (or those who may be accustomed to Apple products) can rest knowing that the V60 comes equipped with a micro-SD card slot, giving those who require extra room the option to upgrade.  With the LG V60’s beefy 64megapixel rear-facing camera, additional storage is a welcome bonus, especially when shooting 8K video.  Photos shot on the V60 look great, particularly when shot in bright settings or up close on subjects that have a lot of texture or fine detail.

Photos shot in low-light settings still look fairly decent and thanks to the inclusion of a pixel-binning technique that grants brighter exposure, the V60 can more than make do even under poor settings. Like the G8X and some of LG’s previous flagships, the V60 also features an ultra-wide 13-megapixel camera that can be used to take sweeping shots that have a real sense of breadth and depth, not possible on a traditional lens. The inclusion of the second screen also allows users to prop the phone up or even use it as a means of getting more exciting and stable shots, something unique to LG’s dual-screen offerings. Overall, the V60 offers a robust set of photo and video capabilities, although nothing that particularly standouts, when compared to other flagship devices that feature similar specs.

The undeniable draw of the V60, aside from its 5G futureproof capabilities, is the second screen, something that thankfully comes stock with the device.  Both screens on the V60 feature OLED technology with an HD+ resolution of 1080×2460, on top of HDR10+ compliancy, making the V60 a joy to use, especially for movie consumption, thanks to a rich gamut of colours and intense black levels that make the V60 feel more like a small television than an AIO smartphone.  In terms of utility, the second-screen experience on the V60 shines the best when used while browsing the web, with either both screens taking up the browser window or with one acting as a dedicated keyboard, freeing up real estate on the other, already-massive 6.8” display. The LG V60 ships with two screens but can easily be removed from the included docking case. The case itself feels sturdy, although more rugged than premium with a rubberized finish that grips well to the hand.

When closed, the V60’s mirrorlike second-screen can display the time, in addition to basic notifications from various apps and SMS messages. Alternatively, the main screen of the phone can also be used as an always-on-display, featuring a small image or gif along with the aforementioned time and app notifications.

Like the G8X before it, the V60’s second screen is a great edition for mobile game fans. Racing games, in particular, feel apt when using one of the screens’ on the V60 as a dedicated controller. Shooting games such as Call of Duty Mobile and Modern Combat also work but don’t feel as intuitive as just playing on a single screen. Additionally, LG allows users to pull up various different controller layouts and types that can be tweaked and displayed on the second screen, something that is an excellent fit for emulation, eliminating the need for on-screen overlays or in some instances, physical controllers. Speaking of emulation, thanks to the inclusion of the Snapdragon 865 SoC, pretty much every game I threw on it ran rather well, either at stock or in some instances higher than native resolutions than what would be possible on actual hardware.

I wouldn’t consider myself an audiophile, but when it comes to the listening experience on the LG V60 with its built-in DAC (which means the inclusion of a headphone jack), I found myself exclusively using the V60 to listen to my favourite tracks. Audio sounds rich and full, picking up the individual nuances of different instruments and styles of music, giving a real sense of depth that I didn’t realize was there, especially when listening to higher quality audio available on services such as Tidal or my own FLAC formatted files.

The LG V60 will not be a phone for everyone unless you happen to be someone who doesn’t own a whole lot of devices and just want one smart device to rule them all. The LG V60 offers both high specs, engaging and vivid displays and a powerful 5000mAh that can get you through your day without the need to charge, even when consuming large amounts of media.

At the end of the day, the LG V60 is a device that promises and delivers on its versatility while at the same time, being something that is futureproof for at least another couple of years thanks to the inclusion of its 5G capabilities and powerful processor.